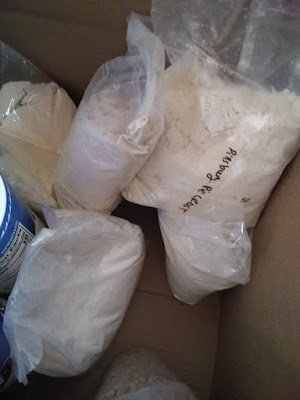 My Sunday off from the chores didn't exactly go as planned. First I woke up with an awful headache and then I realized it was Father's Day. Instead of sewing my day away I took a bunch of painkillers and had a long nap. When I woke up I went digging in the cake mix box to see if I could come up with something for The Mister. 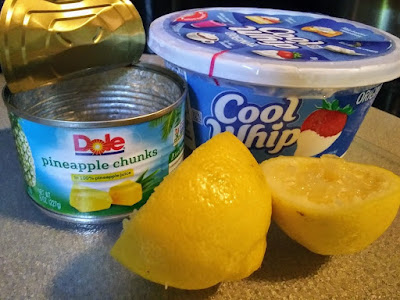 What do you do with an odd assortment of cake mixes and some other odds and ends? 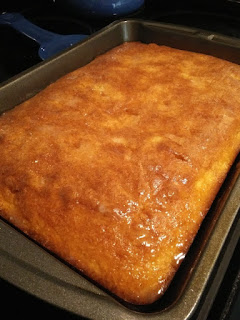 You make a dump cake/poke cake hybrid. I had a box of pineapple jello and the whatnots you see in the photo. I dumped in the cut up pineapple pieces along with the jello and then poked it and poured in a glaze made with the lemon juice and the leftover pineapple juice from the can. 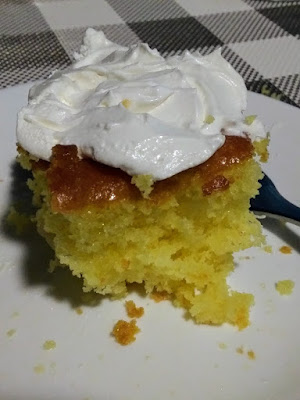 I frosted it with some Cool Whip that I had stashed in the freezer and in spite of my doubts...it was pretty darn GOOD. You'd never know I had to wing it.
Posted by Araignee at 12:00 AM