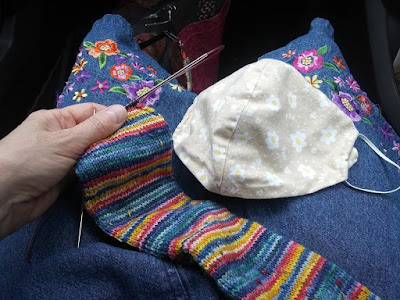 The dumpster did not appear in the driveway at dawn as I feared but the banging started at promptly 7 am.  Unlike yesterday we were not trapped in the house so we packed up our masks and off we went. I didn't care where we were going as long as I could knit. I really wanted my Pandemic socks off the needles. I am ready to move on. 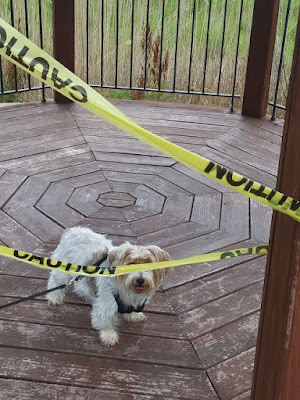 The beach was too busy so we went to the wetland overlook. Pup can't get it through her head that the shady gazebos are off limits. It's where we used to spend our time there. Not anymore. 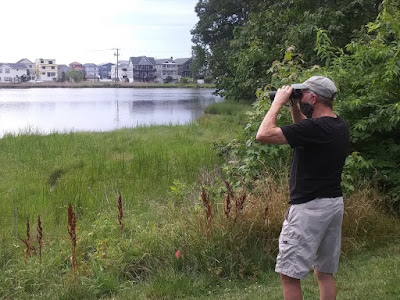 The Mister has taken an interest in the birds. They put on quite a show yesterday. The big white herons were having some sort of battle. I don't think I've ever heard them make such a ruckus. 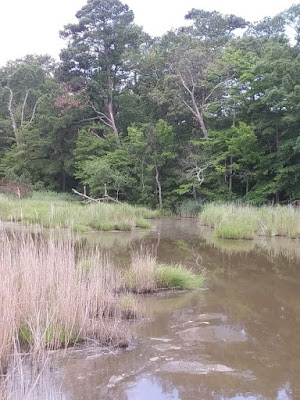 There were also lots of creepy things swimming around in the water. I'd hate to have to jump in there for any reason. If Pup falls in, she's on her own. 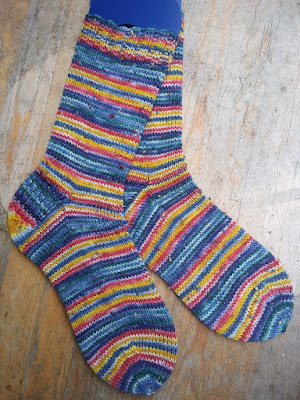 We drove around long enough to get my socks done. I really like how they turned out. I hate to press my luck with another dye job but I think I just may have cracked the code. We'll see. 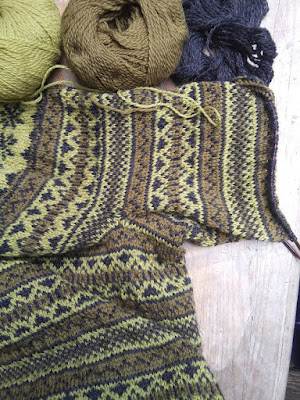 In other knitting news the second Mosi sleeve is this long now..... 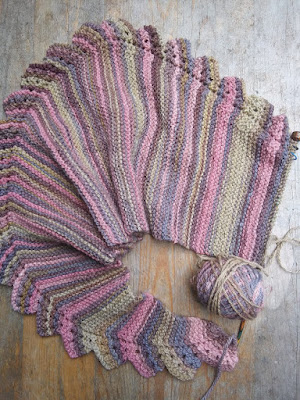 ....and Pimpeliesse is now down to where the yarn is making big stripes again which I really like. A few more episodes of Ozark and she'll be done too.
Posted by Araignee at 12:00 AM