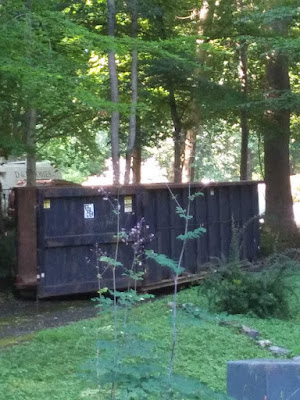 At exactly 7:30 yesterday morning someone was banging on my front door. It was a dude. A long haired dude in cut off shorts who wanted to know if he could put a dumpster in my driveway for the day. He didn't have a mask. That ticked me off so I talked to him through the bedroom window. I didn't care about the dumpster since I knew the neighbors were doing an emergency remodel. Their dad is moving in with them to be cared for since he started showing signs of dementia. It's a sad and familiar story. He was our neighbor for years. He is a retired high school principal but after several recent heart surgeries he started acting peculiar not unlike Daddio after his hip replacement. I always swore it was the anesthesia. 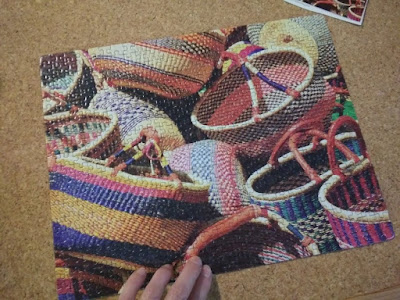 The dumpster was one thing but the racket was another. It really got on my nerves which have been frayed to the breaking point pretty much anyway. Yesterday was a lost cause but at least I had my puzzles. I finished this one the night before. I loved working on it even though it was hard. 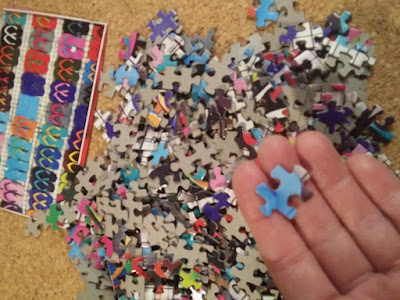 Since it was a perfect summer day I thought I would start on the flip flop puzzle next. The pieces are still pretty small but bigger than the basket ones. 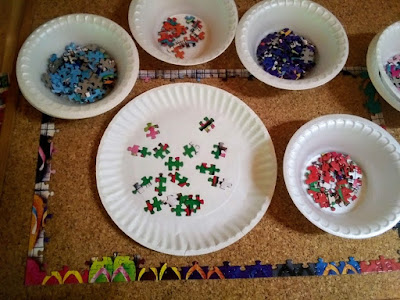 I had the border done in no time. I think this one is going to be too easy. Once I broke it down into colors it just seemed to be putting itself together. 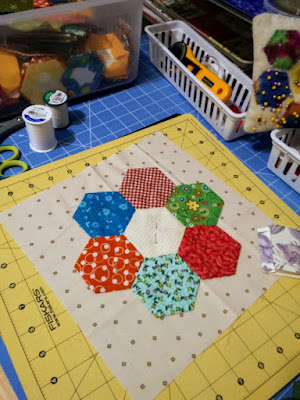 I spent way too much time on the puzzle but I did get one more hexie block appliqued down and row 4 sorted out after dinner. I would have thought that I might get it done this week but to my dismay the dumpster didn't go far. They moved it out of my driveway when they left for the day but put it up in the road. I'm thinking today may be another day of nerve wracking crashes and bangs. I hope not.
Posted by Araignee at 12:00 AM