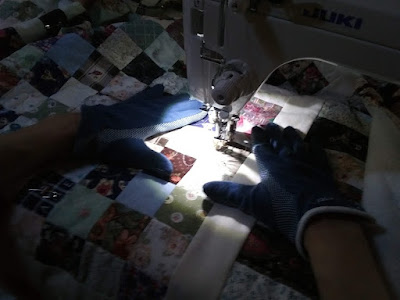 This is the only tiny needle that saw any action around here this week but I do have a stitchery story to share. 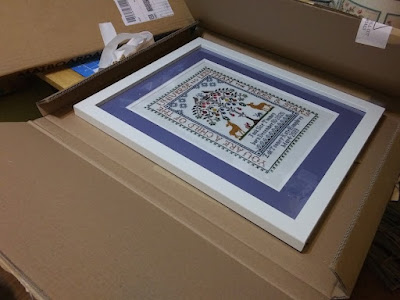 Son and DIL drove down from Michigan with the Baby Grand this weekend so I was finally able to hand this over to them. 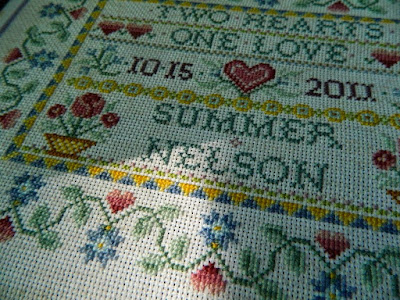 Since I was able to hand the birth record over I thought I might as well hand over the wedding sampler I had made for Daughter and SIL TEN YEARS AGO. They moved so often I never gave it to them and it has been propped up on my nightstand all these years. Now that they are settled into their new house I thought it was time to let this go as well. It left a big hole where it used to be so......... 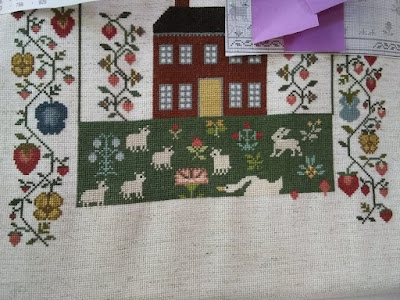 ....I guess I ought to finish the wedding sampler I made for The Mister and me so I can put it where the other one was. I have just a few more rows to go. I started it ELEVEN YEARS AGO. No one can ever accuse me of being in a hurry about anything. 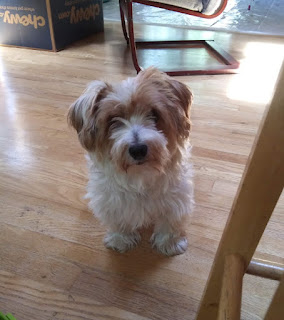 And........I had some questions about Pup yesterday. Believe it or not, she is a 100% purebred Yorkie. I had her DNA tested through Embark because I didn't believe it. Turns out she is a Parti colored Yorkie which is a genetic glitch in the breed that produces the white coat. 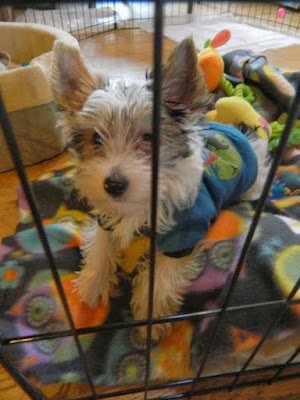 She doesn't look like one because her ears don't stand up like most Yorkies do anymore because she wouldn't let me keep them shaved when she was young. Now she's floppy eared but she will put them up if there is food involved. 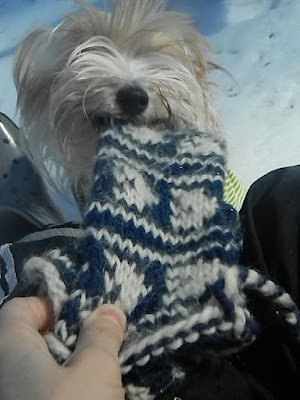 She may not look like a Yorkie but she sure acts like one and by that I mean she is a royal pain in the neck most of the time-as most terriers are.