Faucets and Other Things to Complain About 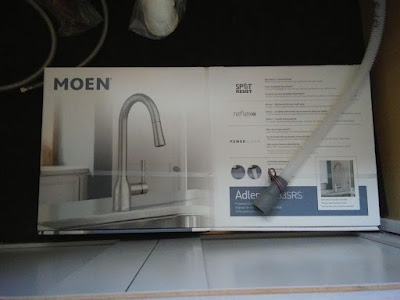 Two days before the counter man was supposed to come measure we remembered we hadn't bought a faucet yet. We thought we might need one for the measuring so I immediately ordered one from Amazon that should have been delivered the next day. It didn't show up.  It turns out we didn't need it for the measuring but we do for the big install on Thursday. It still hadn't shown by Saturday and when I looked at the tracking it was coming from..............CHINA. I thought The Mister was going to blow a gasket when I told him. How dumb was I not to have noticed it's origin. On our way home from Ikea we stopped at Lowes and picked up one from the few they had in stock. I don't love it but I didn't dare grumble about it. 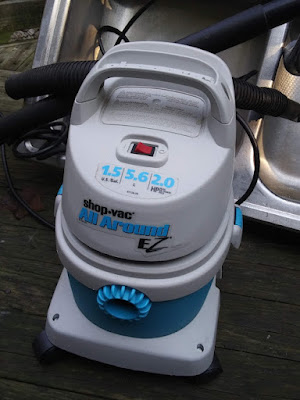 That same afternoon my little shop vac that I use for daily vacuuming blew up. Remember the one that caught on fire not that long ago? This was its sister. They apparently share the same defects but at least this one didn't go out in a ball of flames. 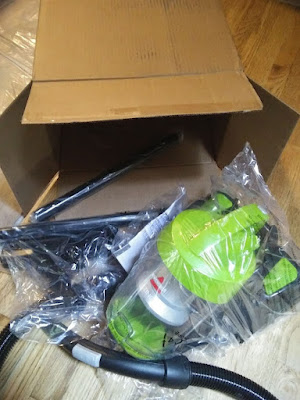 Amazon did at least get my new vacuum here the next day. It's a weird little Bissell canister vac. I can't go a day without vacuuming with my kitty allergies so its timely arrival was most appreciated. 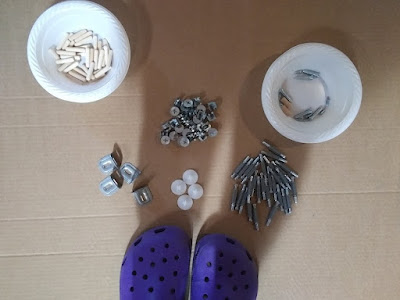 On a day that was supposed to be for resting, The Mister thought we'd better put that Ikea island together because since we have no counter tops we've been using the stove top for all the food prep and they are coming to haul it away tomorrow and bring the new fancy one that will NOT be used for anything but cooking. It took us 4 hours to put that island together. 4 hours I'll never get back. 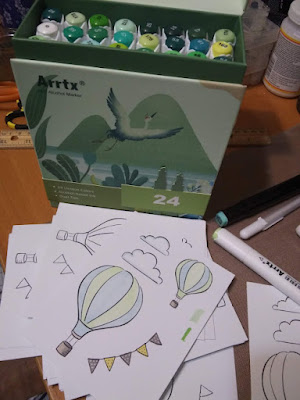 After I threw some dinner on the table I had to head downstairs to get started on making those 30 shower invitations Daughter wanted. I need them by next Monday when I am going up to her house to use her printer to finish off the inside details since my printers don't work anymore with my Chromebook. 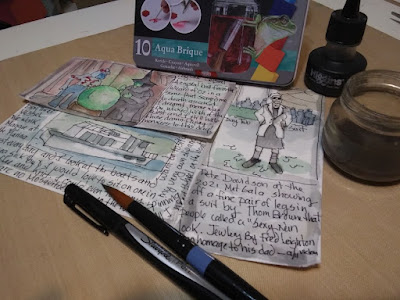 While I was down there I decided to go ahead and give Inktober a start. I decided to make it more of a journaling experience since I have an awful lot to say these days. Day One was CRYSTAL which reminded me of the Wicked Witch of the West's crystal ball and that scene in the Wizard of Oz that scared the stuffing out of me when I was kid. Day Two was SUIT and I wrote about Pete Davidson's Met Gala suit that got a lot of attention. Day Three was VESSEL so I whinged about not having a boat which is a very familiar whinge in these parts these days. Speaking of whinge that paint that I used is HORRIBLE. I didn't realize it was some sort of watercolor/crayon hybrid. You can't move it around like watercolor. It just grabs the paper and hangs on for dear life.  Having said that I am going to keep using it because it's actually perfect for what I need to say and how I need to say it.
Posted by Araignee at 12:00 AM