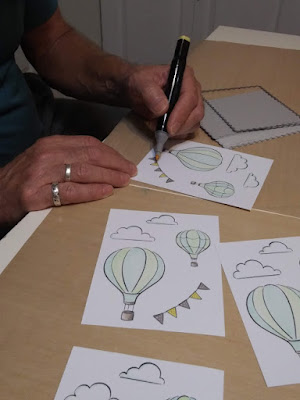 When Daughter and I went over her guest list for her shower we discovered that we didn't need 30 invitations-we needed 40. It was one of those..."if you invite so and so then you have to invite so and so" afternoons and one thing that I've learned is that you don't argue with expectant mothers. 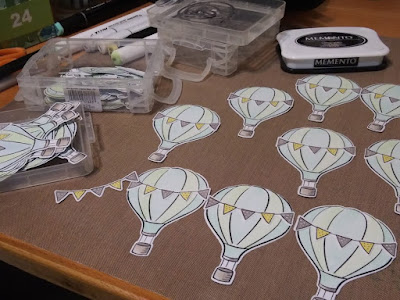 So The Mister and I spent yet another rainy afternoon coloring, cutting and gluing 10 more balloons. I don't usually let him help me with the fiddly work but this was an emergency. He actually did a very good job so come Christmas card making time he's going to definitely take on a bigger role. 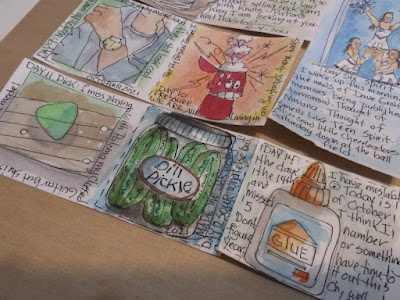 After he toddled off for a nap I got caught up with my Inktober prompts. I did Watch, Pressure, Pick, Sour and Stuck. They are all pretty self explanatory. I stole Pressure from a cartoon I've always liked and I learned that I can't draw or paint a pickle to save my life. I had no idea cucumbers were so complicated but that's the beauty of Inktober. It makes you really look at things you take for granted. 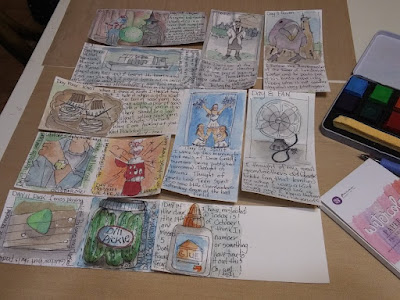 For the first time I laid them all out and realized..........I was missing one. I had forgotten to do roof. That should be a pretty easy one but then I say that every time and they never are. I don't think I've ever really looked at a roof or thought much about them.  I will soon.
Posted by Araignee at 12:00 AM