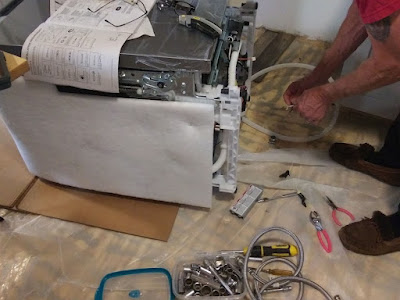 I have nothing fun to share today because yesterday was a recuperation day after the nightmare we had putting in the new dishwasher. Hooking it up was easy peasy. It came with an online video link that I watched about a million times so if anyone needs help hooking up a Maytag dishwasher let me know. I am now an expert. 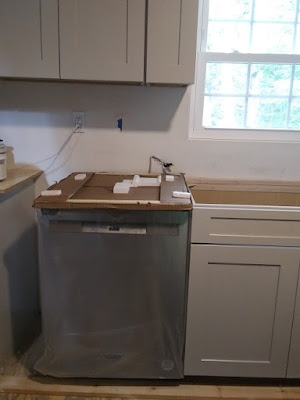 The problem was fitting it back in. We realized with horror that it was so snug up against the other cabinets there would never be anyway we could ever get it back out if there was a problem. We could have moved everything over a bit BUT WE HAVE A $3000 QUARTZ COUNTER TOP on it's way that most likely has already been cut. Why the measuring guy didn't pick up on this I'll never know but I suppose it's not his job to police us idiotic DIYers. 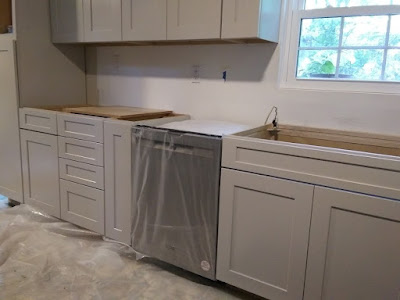 After obsessing about it all day and pulling it in and out and in and out, The Mister finally had an a ha moment at about 9 pm. We pulled off the rubber gaskets on either side and it gave us that 1/8th of an inch we needed to be able to easily wiggle it in and out. I have no idea if this was a good idea but it made The Mister calm down enough that we could move on with the rest of our lives. I really thought he was going to lose it.  Today he can barely move from all the pulling and hauling. 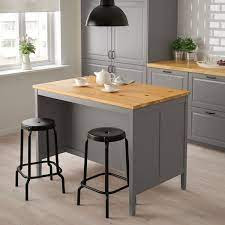 There is some good news in all this.....I managed to finally get my hands on my Ikea island. Covid ruined my plans for an all Ikea kitchen but I compromised with just getting this little Tornviken island instead. The only problem was that no Ikea on the east coast has had them in stock for ages and the Tornviken line, much to my horror, is now being labeled "last chance". Friday night our closest Ikea posted that they had 10 in stock so off we went first thing yesterday morning. The Mister braved the crowd which turned out to be non-existent down in the pick up area and was in and out with my prize in minutes. You win some, you lose some....wait until I tell you about my kitchen faucet adventure.