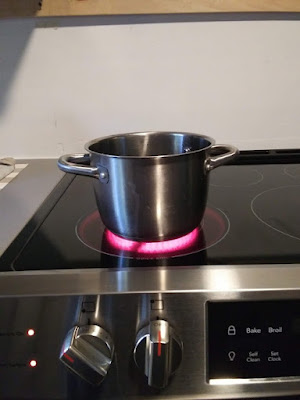 Last night the new range took its maiden voyage and it did NOT go well. The burners worked just fine but the oven, well.....I turned it on 300 to heat up some bread and the house immediately filled with such a smell of burning plastic I had to turn it off and open every window and turn on all the fans. I should have read the instructions where you have to "burn off" all the leftover goo they use to build the thing. It was awful. I was NOT happy. 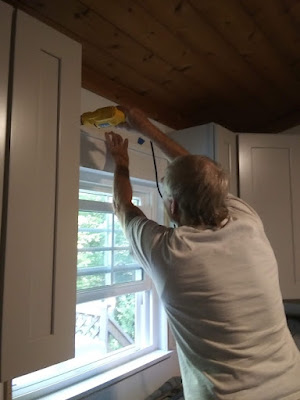 Speaking of windows....We rigged up some trim around the over the sink window yesterday and I couldn't be happier with it. 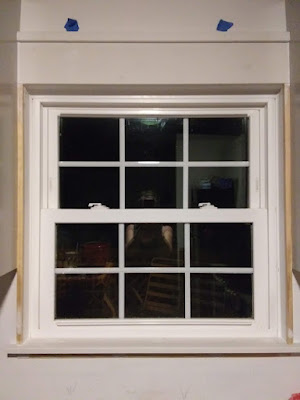 I need to paint it but it already really makes a big difference in the room. I now have a real window sill instead of just a hole in the wall. Ignore the blue tape. It marks the studs. I've got it all over the place. 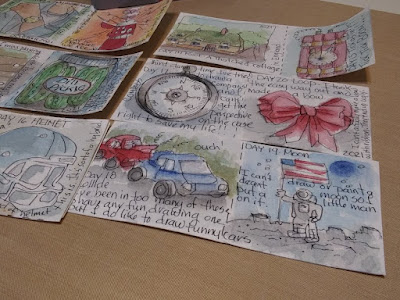 While I was hiding downstairs from the acrid oven fumes I got caught up with my Inktober sketches. It took me 3 tries to get that wonky compass done. I thought that would be the easy one but noooo....I also did Collide, Moon and Loop. I couldn't paint a decent looking moon so I put a scribbly moon man on it. I tried several different things for Loop but took the easy way and out and just drew a bow. 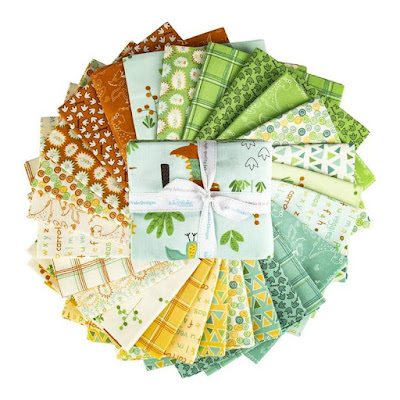 And......a side note to Val....several of these charm packs and some yardage are on the way. You gave me the kick in the behind I needed. Thanks!