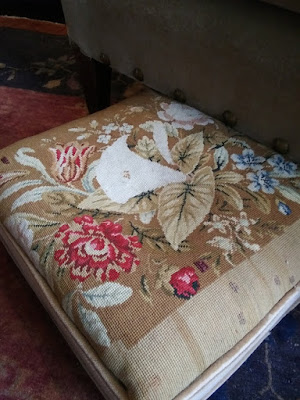 Before we went off to the wedding event planned for Friday evening I had time to explore the house while The Mister and SIL went out for some golf. Look at what I found. This is a very vintage footstool in some kind of needlework. 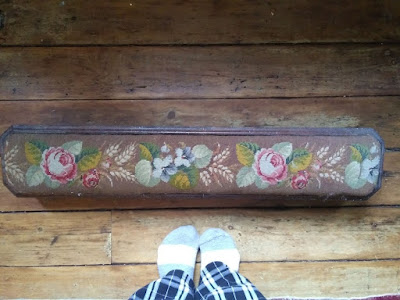 Then there was this. I am not sure what it is but it was under the bay window. I pulled it out so I could photograph it. It's the same kind of needlework and I think it's some kind of kneeling bench. It's really beautiful. 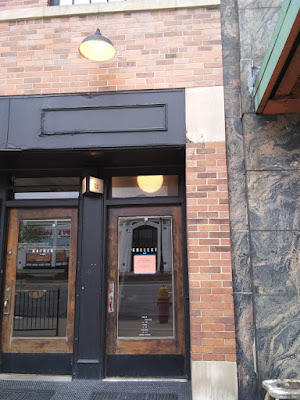 The Mister and I joined the bride's family for a pre-wedding dinner at a craft beer bar in the Eastern Market section of Detroit. 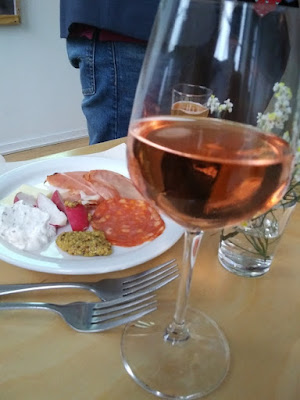 They had a nice variety of appetizers for us along with some amazing pizza which I forgot to photograph because I ate it so quickly. 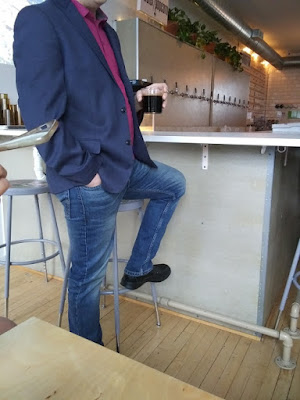 The bride's mom had asked me for photos of Middle Son for a slide show that was very sweet. Older Son gave a toast. 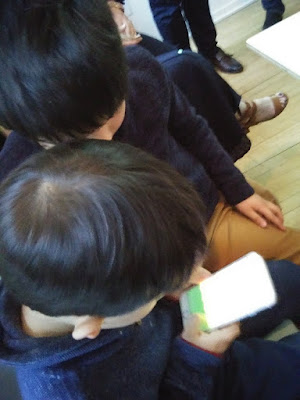 The Grands were very well behaved. This was day number two of wedding events for them. They had arrived in town early and had joined the bride's family for dinner the night before also. 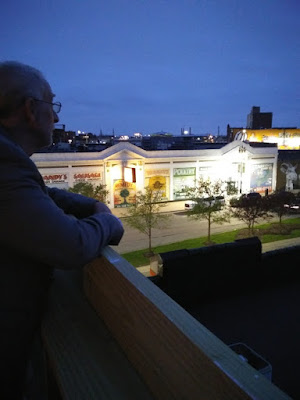 There was a rooftop seating area but it was COLD. When we left Maryland it was almost 80. When we got to Detroit it was 45 degrees. Needless to say, even though I was warned I didn't pack very well. I've been freezing to death since I got here.
Posted by Araignee at 12:00 AM