TdF: It's Not Just About Spinning 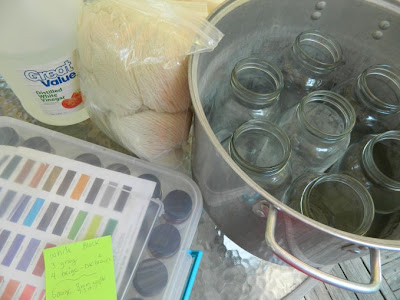 I thought I had nine colors of roving in my fiber stash for my Sheep Heid hat but I didn't. 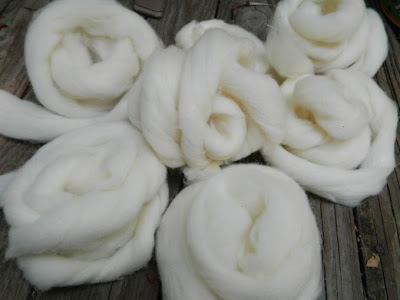 I did have two smallish bags of Cormo top that could be dyed into nine colors. 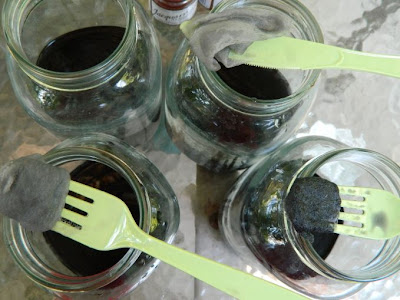 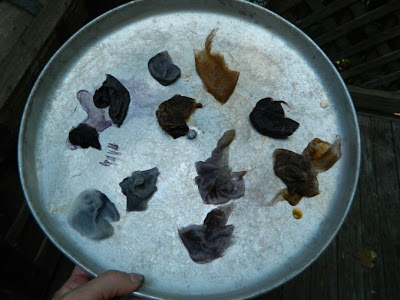 In theory, it was easy and I got my little samples just right. 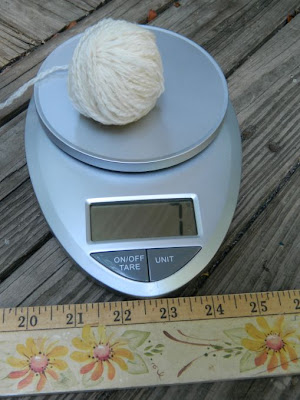 Then I had to figure out how much of each color to dye. I needed 25 yards per color. I weighed some handspun Cormo I had spun during last year's tour and then weighed out a bit more in fiber. 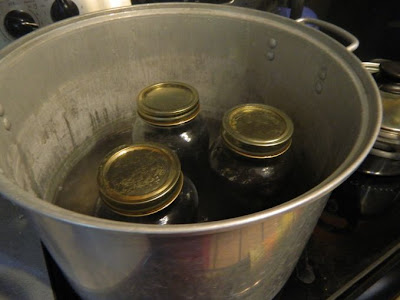 After filling the jars with what I thought were the correct amounts of dye, water and fiber, I set them to steam for 30 minutes. 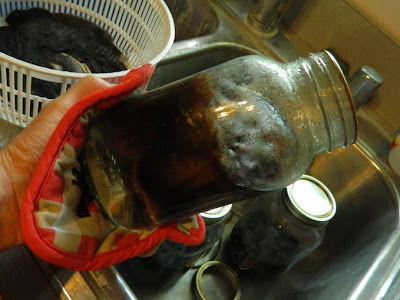 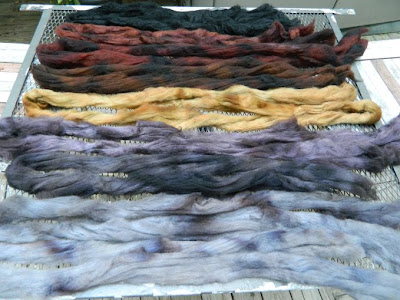 The problem was-and there is always a problem, is that the browns are too similar to be useful in a colorwork pattern that needs a lot of contrast. 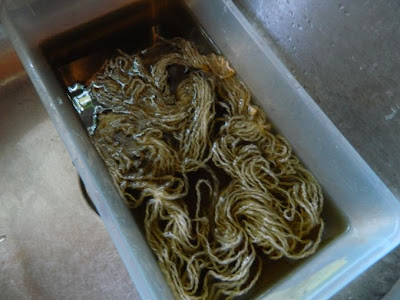 Since I used up all my fiber, I dyed some of the white Cormo yarn trying once again to get different shades of brown and a lighter gray. 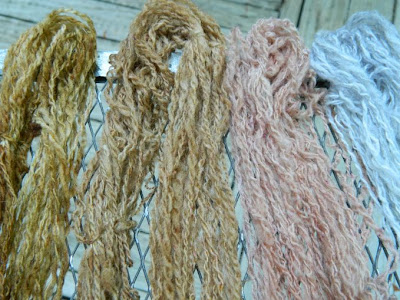 The two on the left are still not different enough. What on earth do you have to do to get different browns? I have used less dye, more water, less vinegar, more vinegar and I still get pretty much the same brown over and over. I give up.