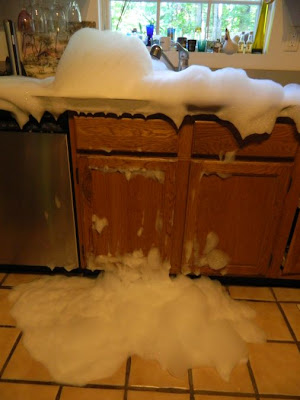 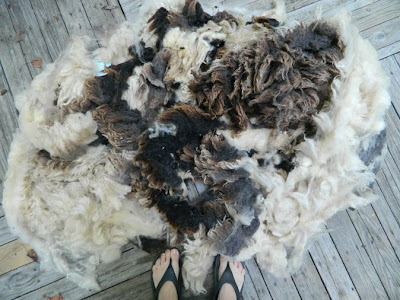 It was a lovely, cool morning so I went out to take a good look at my new Jacob fleece. It was a good day for washing. 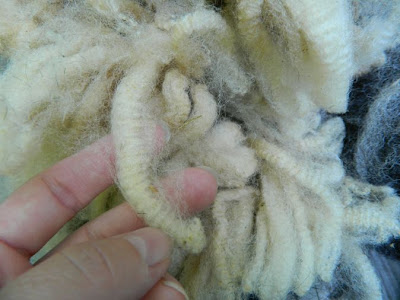 There was a lot to look at. There was lots of fleecy stuff happening. 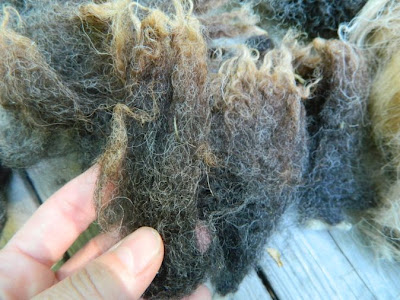 There were several different colors to take into consideration. 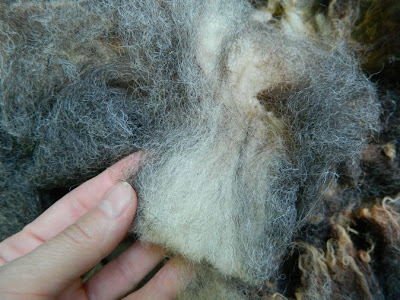 There were even blends of different colors to think about. 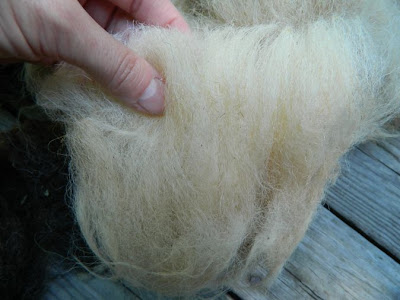 There was texture to consider. 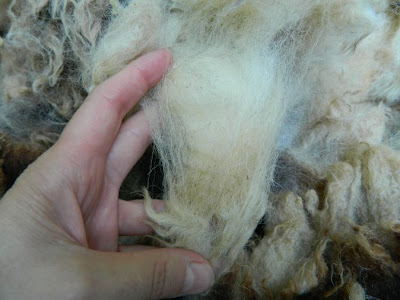 I also had to assess the many staple lengths. 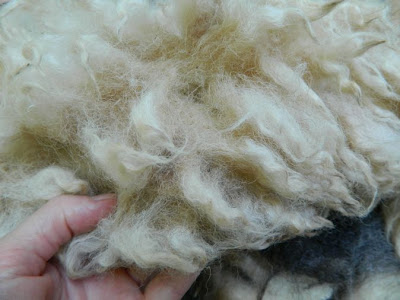 Last but not least, I wanted simply to admire it. 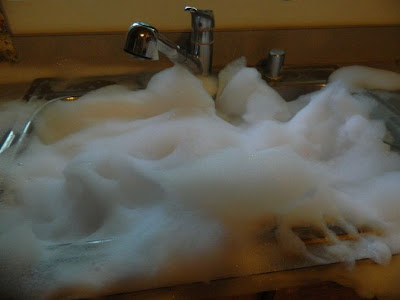 After bagging some up and carrying the pot back into the kitchen, I realized I had left the water on in the sink that was already full of soapy water. On the bright side the kitchen counters have never been cleaner and I was going to scrub the floor anyway. Someday. 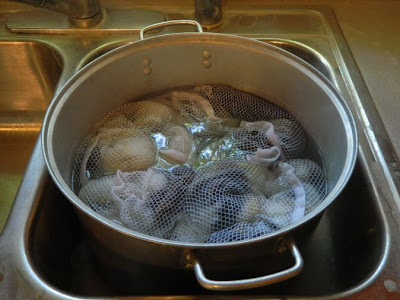 After the big and rather hilarious cleanup, the fleece eventually got washed. 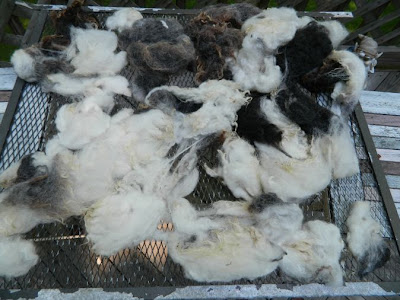 The bright sun, cool breeze and low humidity made it dry in a flash. 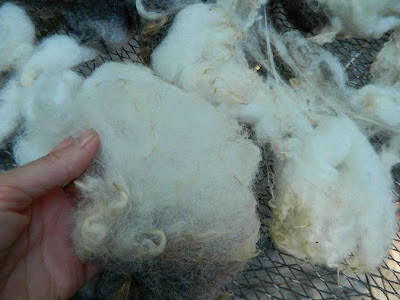 I guess I'll be combing tomorrow-no water involved.
Posted by Araignee at 12:00 AM