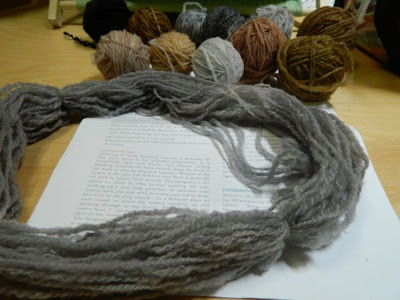 Friday morning I remembered I had not balled up my mini skeins in preparation for the night's big cast on. Suddenly I had a lot of work to do. 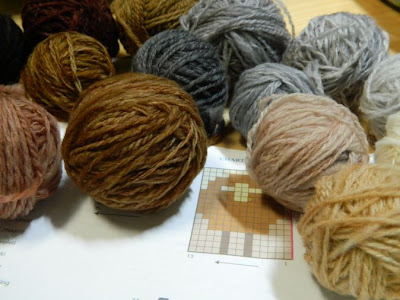 I was happy to discover that my raggedy handspun Cormo looked much better in balls than it did in skeins. 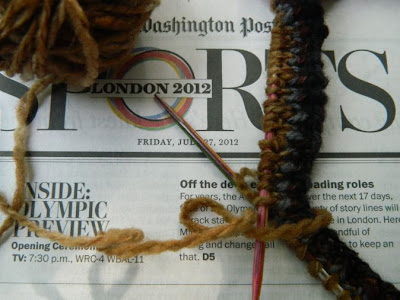 As soon as we were given the go ahead by the Ravelry PTB, I cast on. I was very grateful that it was still daylight here as the dark needles and dark yarn were hard to see. 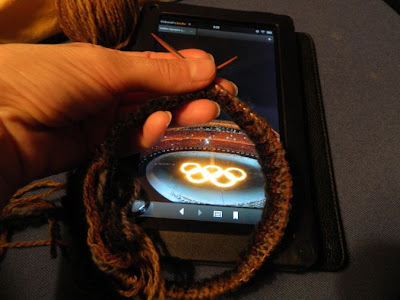 I was more than ticked off that we had to wait to see the Opening Ceremony after it was over and done with in London so I followed it live on several websites using my Kindle as I put on a few more rows. 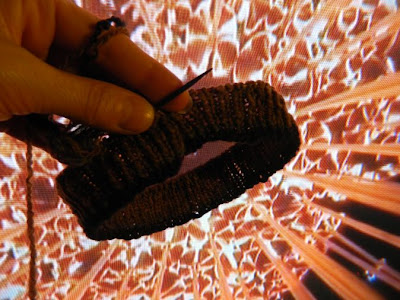 By the time they lit the torch, I had the ribbing done on my Sheep Heid. I could have done more but I was too busy stuffing my face and writing snarky tweets. I thought NBC's coverage was terrible. There were too many commercials and too much mindless commentary. The whole emotion of the night was ruined by all the gabbing. I ended up turning down the sound and just watching while doing some spinning. The Mister thought it was hilarious but it was either that or I was going to start throwing things at the TV. 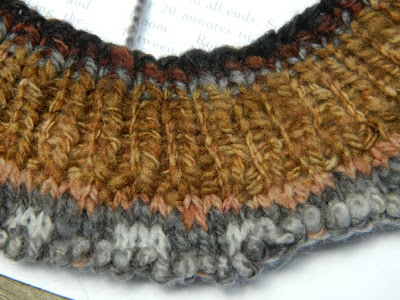 The next morning I got up to watch the bike race and managed to get through Chart A. I thought. 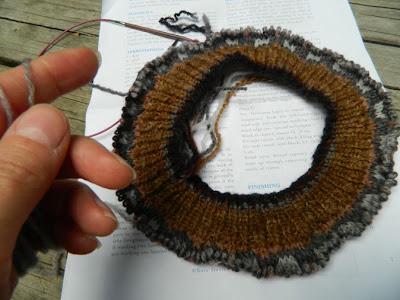 Here is my all too familiar frogging ceremony when I discovered, while starting Chart B, that I was missing at least 20 stitches. It seems that my idea of k1 m1 is very different than what was intended by the designer. Even worse, I'm not proud of the fact that  it took me at least 6 hours to figure this all out. It's a good thing there is still a couple of weeks to go. I'm going to need every minute.
Posted by Araignee at 12:00 AM