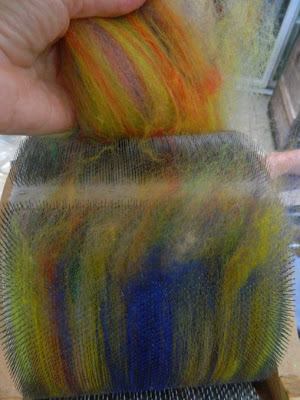 Ever since I taught Daddio how to crank the drum carder, he had been driving me crazy to spend another afternoon making batts. After some really hot days, we had a break in the weather last week so I drug the carding equipment out on the deck, made some iced tea and Fig Newtons and let him crank as long as he wanted. 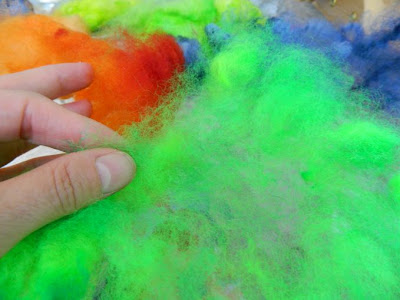 Since this year's TdF goal is to work with color, I pulled out the wildest dye jobs from last summer. 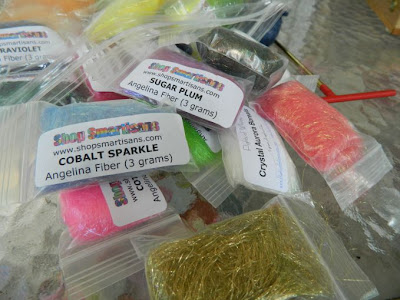 We even pulled out the sparkly stuff. 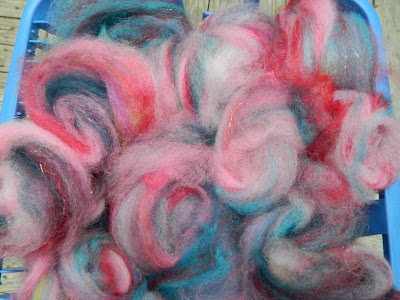 Aiming for around 100 grams, we made batt after batt and then pulled them into nests. 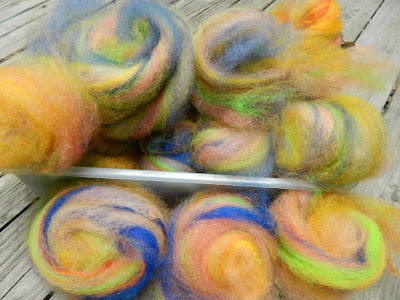 We made a big dent in my giant tub of Corrie locks. 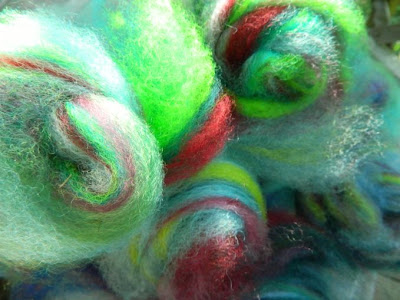 Every colorway is amazing. 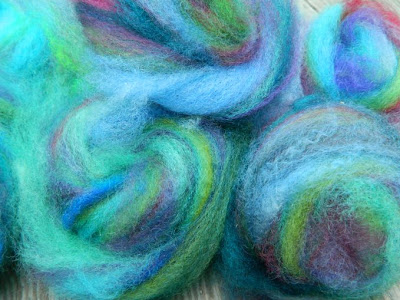 All this took place on the pre-TdF day that I got dive bombed by the Asian Tiger pest so it was was a good thing we got a lot done because I won't be going out there and doing this again until sweater weather. I also won't be going out tonight to see fireworks. Bummer. 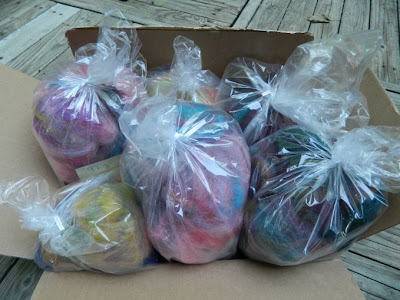 There is enough for six pairs of big fat squishy socks. I wish I could knit as fast as I can make yarn.