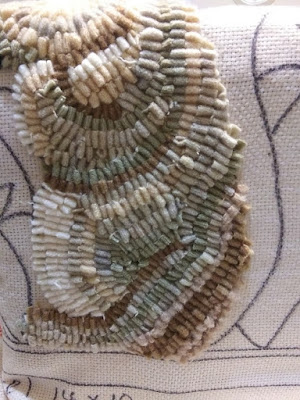 Silvia Squirrel has a leg and a bottom. All she needs now is a tail. 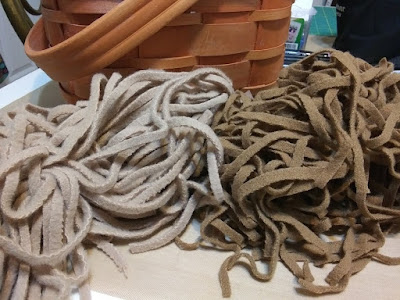 I had to dip into the wool that I had bought for the Jack O Lantern project to get it done. I planned on using it for the background. 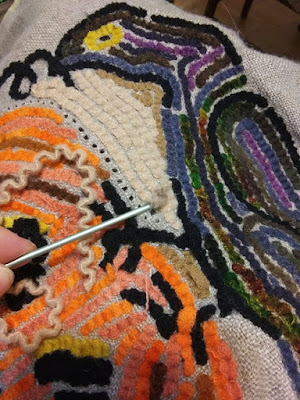 I took a look at Mr. Jack just to see how things were going and I didn't like what I saw. I ripped the background I had done last year out. It was too fuzzy. It is going to make a great squirrel tail but it's not a good background. This is the back of the project btw. I think it looks cool too. 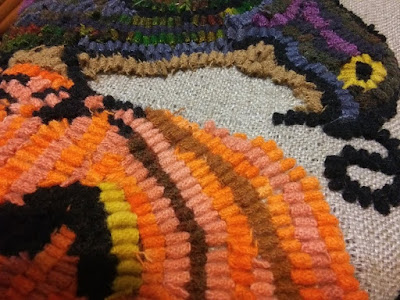 That whole section of background is now gone so I guess I am on the hunt for more wool. Poor Mr. Jack, he won't be finished again this year.
Posted by Araignee at 12:00 AM