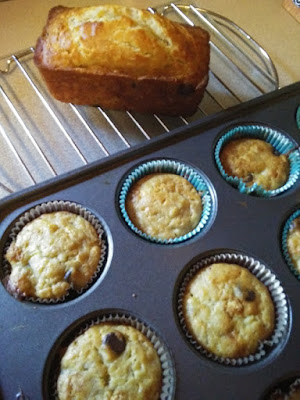 I don't mean the hurricane down in Louisiana. I mean the storm that was brewing in me yesterday. The Mister announced he was playing golf and I was so excited about having a day to myself. Of course, nothing went right. First the neighbor"s remodel crew banged on the door asking to use my driveway again. There's nothing like having a bunch of strangers and a whole lot of racket going on right outside your door all day. THEN I forgot to cream the butter with the sugar and my banana muffin batter was a lumpy mess. THEN I forgot to put sugar in my iced coffee...I was ready to go back to bed instead of enjoying my day of solitude. 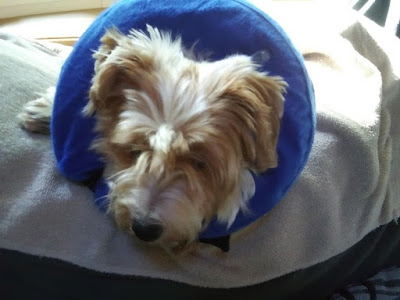 THEN there was this. I forgot about having to watch Pup all day. She's improving but hell bent to chew off her legs. I think it's just a bad habit now. She's bored with this whole thing and so am I. 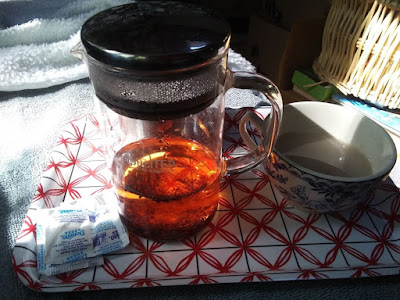 I was throwing an internal temper tantrum about how terrible my life is when I decided just to........stop. I brewed some tea, plopped on the couch alongside Pup and called it a day at 11 am. 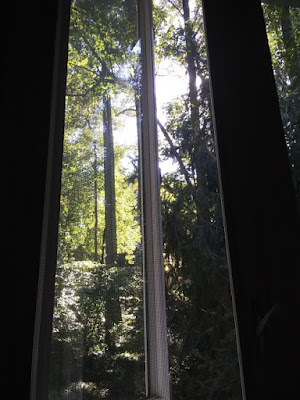 We opened the window and watched the workman and when they left we watched the leaves and the butterflies. Who knew they flew so high in the trees? I didn't. I do now. It's good to do nothing every once in a while. I need to do it more often.