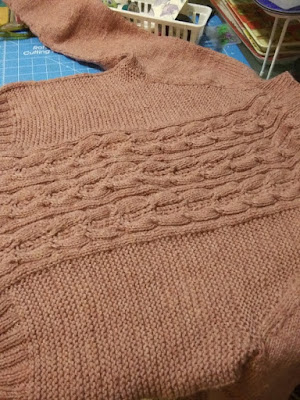 I knit this sweater two years ago and yesterday I got the bug to frog it. 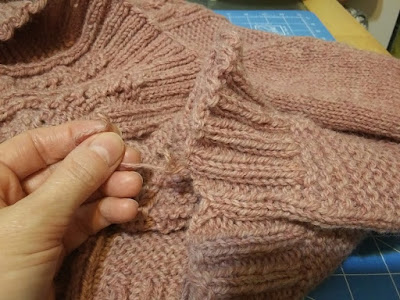 I never wore it. It was too big and boxy-and pink cables? Nope. They were just so wrong 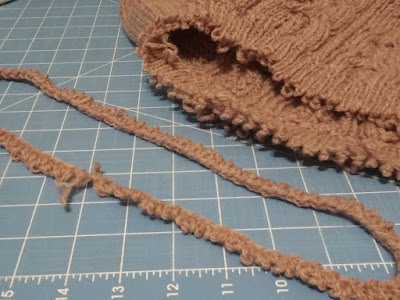 Ripping it out was not as easy or as fast as I thought. First I started at the wrong end. I had to look at the pattern to figure out it was a bottom up sweater. Then I got this weird thing happening where I had to pick out all the stitches in the third row to get to the live stitches. That left me with this band of...something? How did this happen? I have no idea but it's in the trash now. 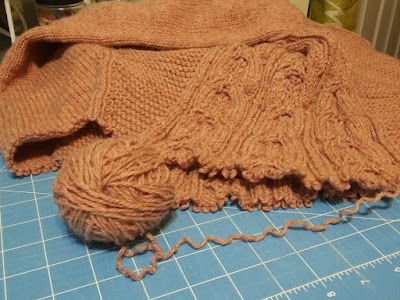 It took forever to sort that weird stuff out but once I did it felt good to see it unravel. Sometimes you want to make stuff and sometimes you just want to tear it up. 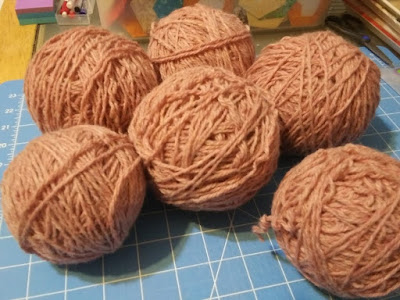 I probably could have got it finished sooner if I hadn't been looking at patterns for the yarn at the same time I was ripping it out. It's got two sweaters ahead of it that I need to finish first so it's getting put back into the stash even though I really, really have the bug to cast on something nice and simple with it. The stockinette parts were so pretty I felt a little sad pulling them out.