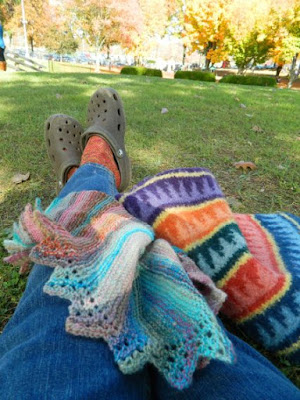 No. I am not at Rhinebeck this year. No one is but I thought a lot about it yesterday as I was hand washing loads of laundry-again. I sure was wishing I was there sprawled out on the lawn knitting like I was in 2013. 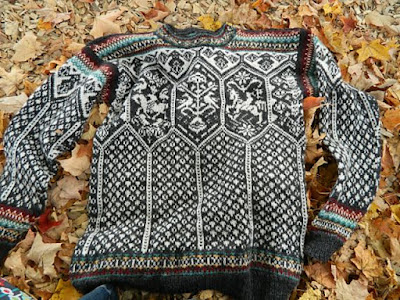 It was my last trip to Rhinebeck and I was wearing a sweater that I had started right after my first visit in 2009. It took me four years to finish it. I saw someone walk by in one and knew I had to have one. It's Lillehammer by Dale of Norway and it was an epic achievement. I took its mugshot laying in the leaves outside one of the little vendor sheds in the fairgrounds. 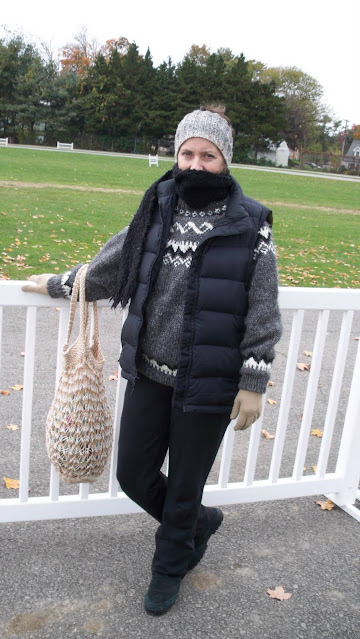 My very first Rhinebeck sweater was this one in 2009. It's a Lopi and it was a good choice. It was cold that year. There was ice and snow on the ground. I was freezing and also coming down with what would turn out to be H1N1. I had taken the train up with Daughter and I was so sick by the time my train arrived back home I could barely walk. The Mister had to carry me to the car. Swine flu was no Covid but it was pretty bad. It was the sickest I had ever been and for the longest time. 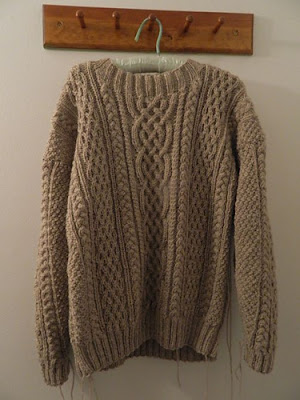 My second Rhinebeck sweater was Inishturk. That was 2012 and it was too hot for it that year. It was also too big. I gifted it to Son. 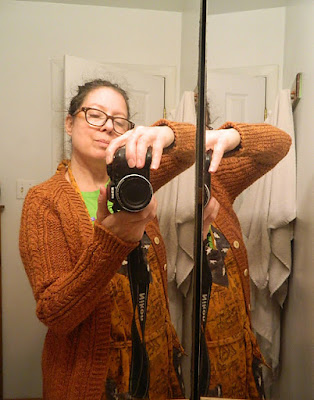 The Rhinebeck sweater that never was is White Pine. I made it for a year that I didn't get to go because Daddio had started to become an issue. 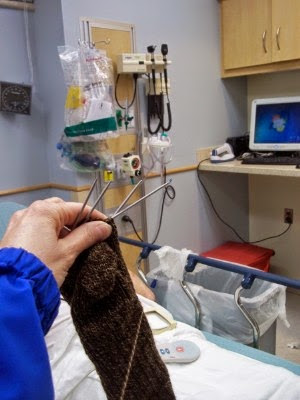 Here is a photo from that Rhinebeck weekend in 2014. It's from a post where I was moaning about missing the festival because Dad was in the hospital with pneumonia. It all seems pretty silly of me now. In only four years he would be gone. 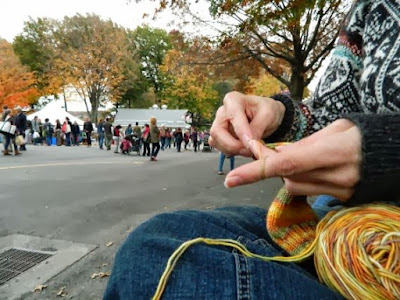 I just told The Mister come hell or high water, as soon as this pandemic thing is over I will be there again some day. 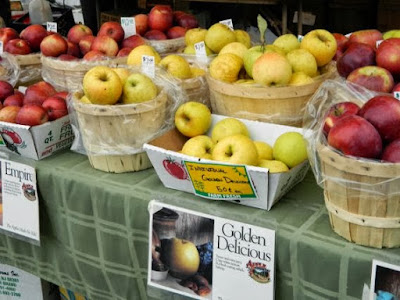 I could care less about the yarn or the fiber or the other woolly things. Rhinebeck is always such a crazy crowded mess it is hard to shop there. I just want to sit on a hill and knit with strangers. I also want some apples. I always bought some for the ride home whether it was by train or car and they were always the best thing you ever ate. 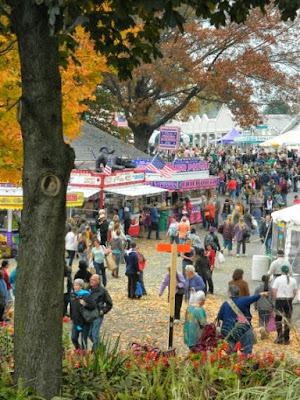