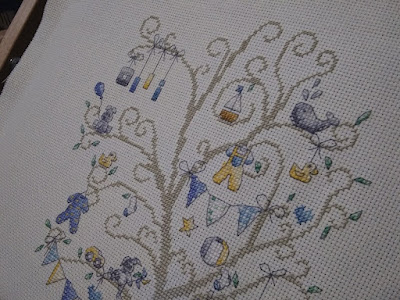 I've been putting the finishing touches on the new Grand's birth record. I'm not stitching every bit of the chart because I think it's already looking a bit cluttered so I am almost done. 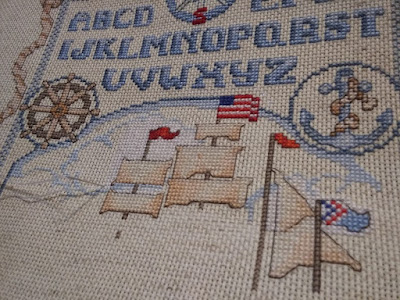 I spent yesterday working on this old gem. Pup and I had to spend an hour or so in the craft room downstairs where it lives so I used the time to outline a couple more of the letters and stitch a whole lot of white on that big cloud. 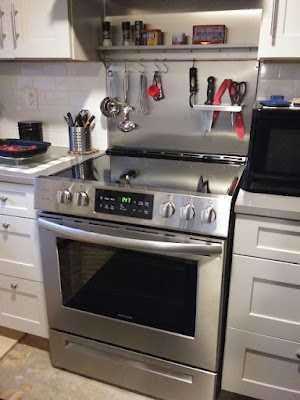 We were hiding downstairs while a technician worked on the smelly stove. I wasn't too happy about having anyone in the house during this Omicron surge but we were all masked up and in spite of the freezing temps I had the windows open and the ceiling fans on. He replaced the oven fan and it seems like it might have been the problem. I sure hope so. Three months without a stove has been long enough.