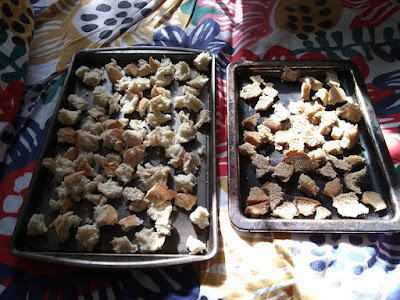 You know it's gotten weird around here when you've got bread drying out in pans on your bed. I love stuffing and Daughter's gluten free version doesn't do it for me so I wanted to make my own yesterday. I had to really improvise using the ingredients I had on hand and the few kitchen appliances I have working. 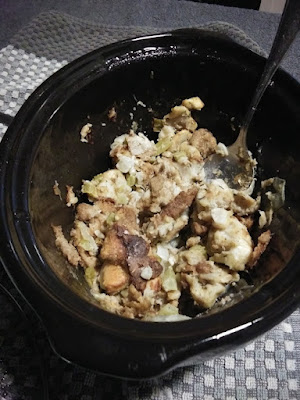 Using an electric skillet and my small crock pot I managed a fairly decent version from scratch. It was pretty good with the left over cranberry sauce and the rest of the vegetable sides we had brought home. If that wasn't weird enough this is what we did in the kitchen. If you are wondering if that's the same wall we just ripped out twice.....it is.  At least it's just the bottom fourth of it. We went to install the heavy back splash and realized we didn't have studs to attach it to on the bottom so we had to add some to keep the heavy thing from pulling out of the wall. The big plate has a wobble in it and it needed taming where it will meet the tile. We're hoping the third time is the charm. We're getting pretty sick of this dry wall thing. 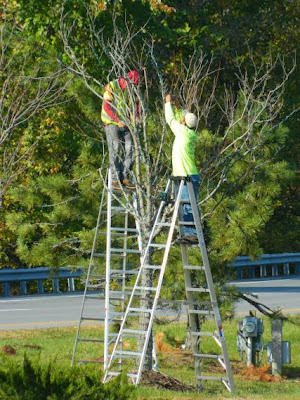 They've been putting up lights all over town for weeks now and last night was supposed to be the big lighting ceremony but it was so cold and windy we skipped it this year. We were afraid to even go to the mailbox it was that bad out there. I was disappointed not to go but it's not like they are turning the lights off any time soon. We've got plenty of time to see them.