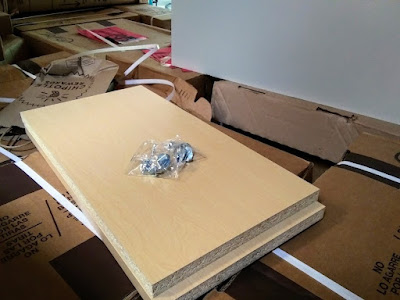 I don't think I've ever been happier to flip the calendar over. It's been one hot, miserable summer and I can't wait to see the end of it. We've got so much to do in the kitchen and the humidity is making it harder than it has to be. Right now we are just unpacking the cabinets and making sure we have everything we need to put them up. It's a start. 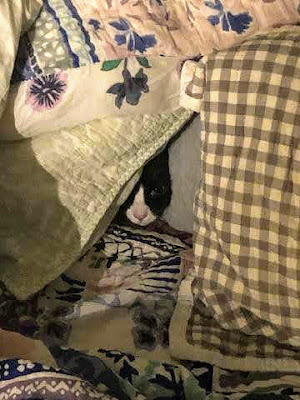 On Monday we helped Daughter move her four kitties into her big new house from her teeny tiny temporary apartment. They were pretty terrorized. We kept them in the laundry room with their familiar things while the movers did their thing. 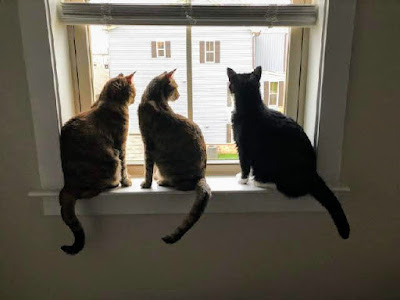 She texted me this photo the next morning. They seem to be adjusting to their new digs just fine. 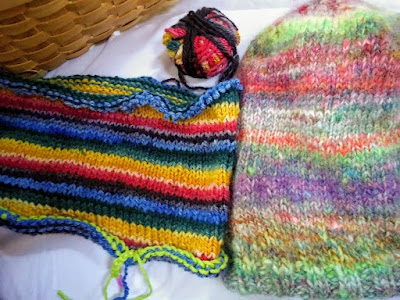 The only crafty thing I've had going on this week besides the memory quilt is the poor hat that is off to the frog pond again. I was running out of yarn and realized once again it was way too wide. This time I got out a hat with a similar gauge and counted the stitches. I had 94. I needed only 84. Big difference. Hopefully I'll get enough yarn out of the re-adjustment to make it to the top this time. Fingers crossed. I really don't want to dye and spin anymore of this right now.