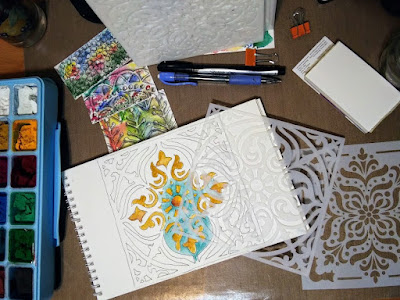 Surprise, surprise. Yesterday the counter people found someone healthy enough to come out and measure my counter space. While he was upstairs with The Mister,  Pup and I were hiding in the downstairs craft room. 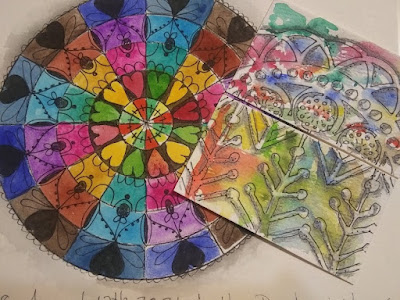 I was on a roll with my scribble scrabble doodle stuff and some new stencils but I don't get down there very often anymore because now it's just another room full of stuff that shouldn't be there and it's depressing me. My workspace was a mess with old unfinished projects so all this had to be put away because........... 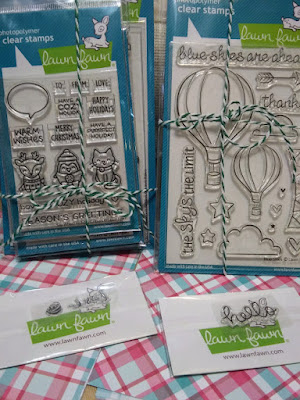 ..........look what I got! It's the stamp sets for Daughter's shower invitations AND this year's Christmas card stamps. Nothing makes me happier than a new stamp set and I have FOUR new ones to play with! That's worth cleaning the room up for. 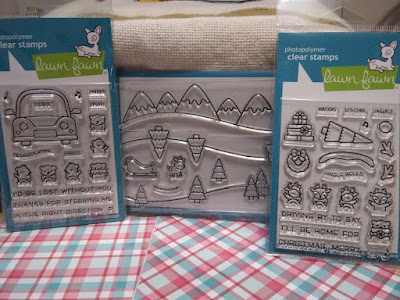 Since I like The Mister to help with the Christmas cards every year I try to pick something I think he would be interested in. Last year it was crabs and this year it's cars-Little Christmas critters in cars going through the mountains. Looks like fun to me. 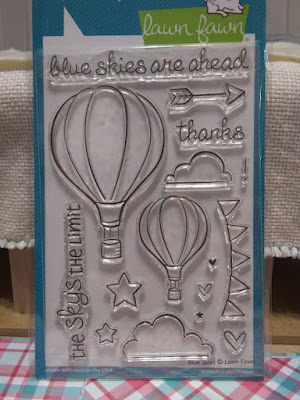 Daughter wanted hot air balloons on her invitations so this set was perfect. 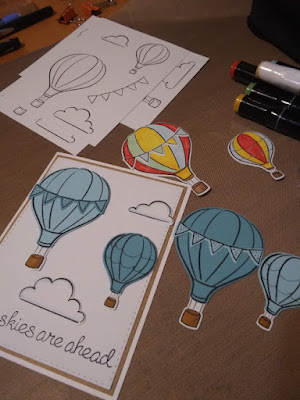 Pup and I spent the day making balloons and playing with every layout imaginable. I haven't come up with the "one" yet but I'm getting closer.