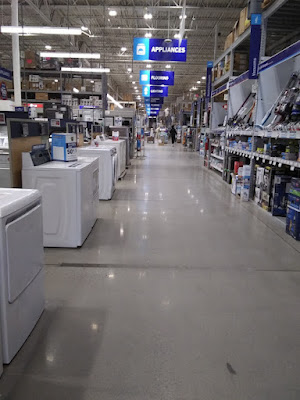 We up at 6 and out the door because we had a 9 am appointment at Lowes yesterday. We were almost the only folks in the place and everyone was masked and distanced. We went to hash out the cabinet issue. The Mister loves a good fight-me...not so much. 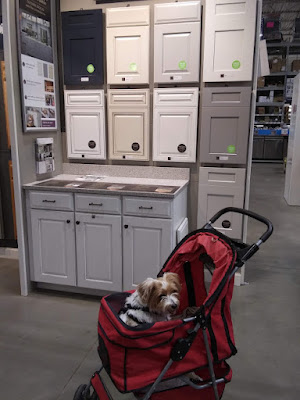 We were surprised to see that our cabinet model was still on display. It's the one on the wall right behind the handle on Pup's stroller. 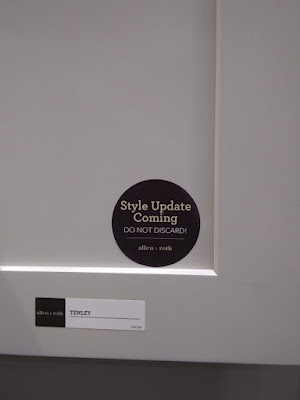 It was wearing a new sticker warning of changes but it didn't say discontinued. The sales associate told us that the manufacturer told the stores that they would be discontinued on September 30th-not August 31st like we were told. We had brought the broken door and notebooks full of measurements and it ended up taking 2 LONG HOURS to work out the details of getting a replacement door and ordering the cabinet for over the refrigerator. 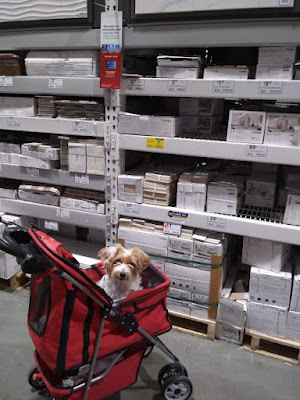 While The Mister hashed out the details with the sales folk Pup and I looked at tile for the back splash and material for the counter top. I also found the refrigerator I wanted and the stove but of course none are in stock. Things are bleak in the ordering world right now. The dishwasher that was supposed to be here Monday now won't be here until next week-we hope. 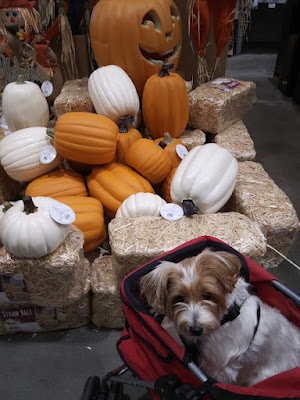 Pup and I spent a lot of time rolling around the store. The Halloween section was my favorite. Pup just wanted lunch. We ended up leaving the store without completing the transaction because they couldn't get the computers to cooperate to complete the sale so we headed home to finish it by phone when they got their end figured out. 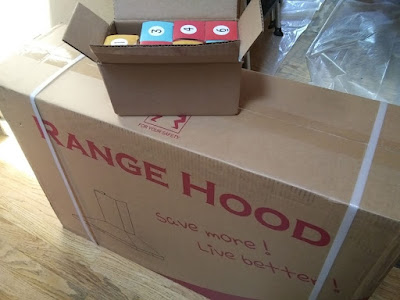 Surprise, surprise....the errant range hood was on the front porch when we got home as well as another package of very yarny goodness. I'll tell you all about that tomorrow. 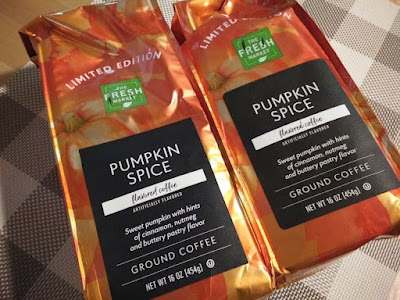 A few minutes later the UPS guy handed me a box that contained lots of Pumpkin Spice goodness and some chocolate surprises. Thanks Sandflies! She keeps me in the good stuff every fall. I made a pot right away because our miserable day was far from over.
9 hours from where we started and many, many phone calls later we finally got a confirmation email that the order went through but...... THE CABINET THEY ORDERED WAS THE WRONG SIZE. I don't think I've ever seen The Mister so beat. He's finally where I am with all this kitchen nonsense. Burn it down.