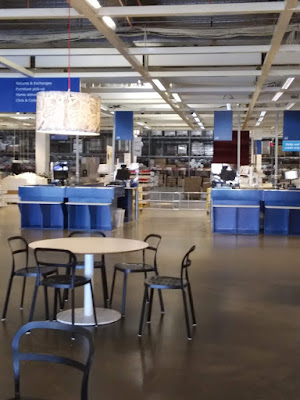 Yesterday we took off for a last minute shopping spree to make sure we had everything we needed for the holidays. Not only do we have Christmas to worry about, I have a week long kitty sitting trip that immediately proceeds it.  I had to get The Mister stocked up for the duration of my absence. Ikea was the first stop. It was empty. It was weird. 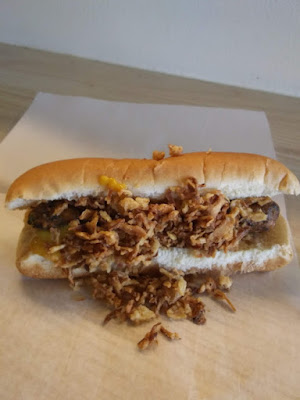 I wanted to pick up more of the big paper stars but all the Christmas stuff was gone. I had to make do with their new veggie hot dog that was yummo. It's covered in fried onions and it was only 75 cents. You can't beat that. 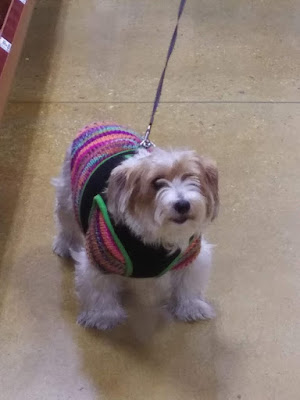 Next stop was Pet Smart. We had critter gifts to buy. Pup loves Pet Smart. She could walk the aisles saying hello to folks all day. 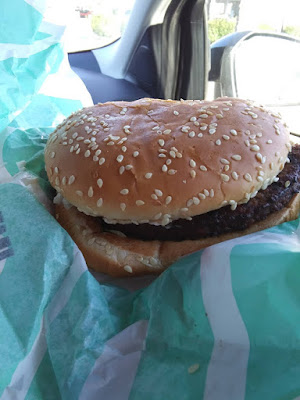 Then it was lunch at Burger King. I had my first Impossible Burger. What was impossible was the price. $6.49. Yikes. It was good though. Really good-and big. I won't have to eat for a week now. 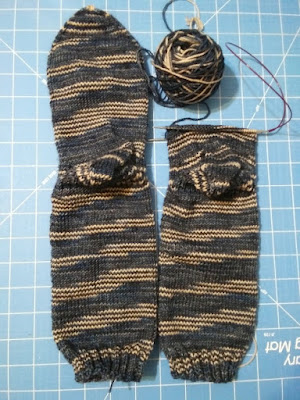 There was car knitting on the way up and back but I didn't seem to get very far. Finishing The Mister's last Christmas sock is probably not going to happen but no one really cares but me. 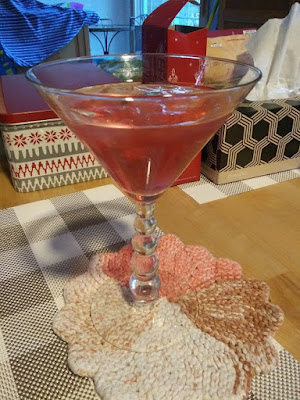 We got home just as the sun went down and I broke open the new handcrafted vodka The Mister gave me for my birthday. I fixed myself a cranberry lime martini and it was just what the doctor ordered. I didn't get much accomplished during my travels but I'm done. Let the holidays begin.