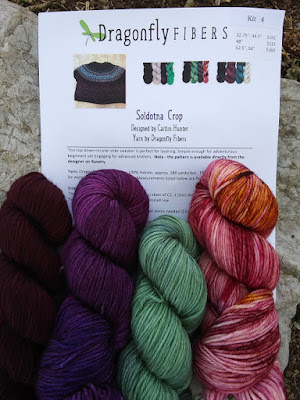 Did you guess that I brought home a sweater kit? I did. Everywhere I went I saw the Soldotna Crop sweater on display. It was $100. Yes, $100. I NEVER spend that much for anything yarn related but I did on Saturday. I still blame the heat. I was standing in line to pay for some fiber thinking I might faint when these kits caught my eye and the next thing you know I was putting one up on the register. Golly. I'm still in shock. 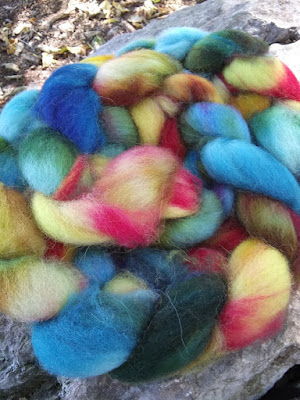 I was standing in line to pay for this fiber when I lost my mind. If you're thinking that this is not the prettiest fiber I've ever seen I'm going to agree with you but let me explain. 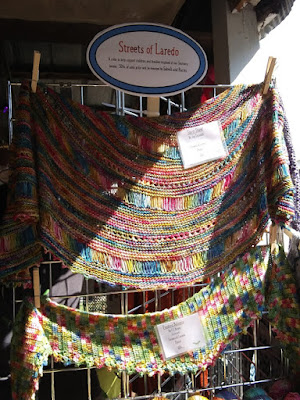 It was a special colorway for the festival. It's the Streets of Laredo and the vendor was donating part of the proceeds to RAICES the non-profit legal aid organization for folks caught up in the mess at the border. I've been to Laredo and seen the issues firsthand so I've been donating to them anyway making this a win win. I'll tuck the crazy stuff away until next's year Tour and then figure out something to do with it. 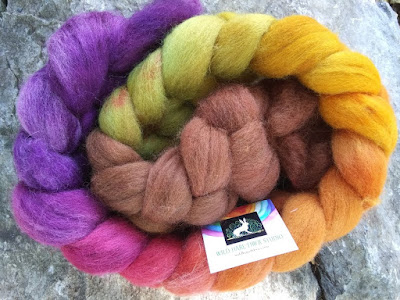 I always stop in at Wild Hare booth if I'm looking for something bright and beautiful. I wasn't disappointed. This is the Autumn colorway in Falklands-a fiber I've never spun. It'll be up next on the Ladybug as soon as I get all that green finished. 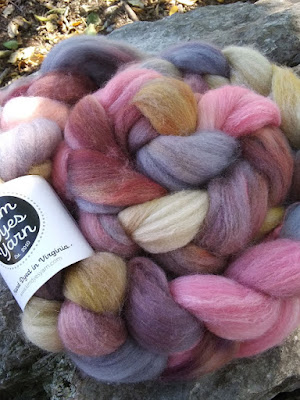 Isn't this pretty? I always try to buy something from a new-to-me vendor. This year it was Kim Dyes. I loved her soft pastels. This is some Polwarth/Silk in the Pressed Petals colorway. It will perfect for a spring spin. 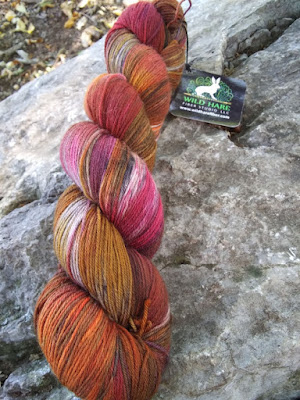 Finally, here is my one lone skein of sock yarn. It's also from Wild Hare and it's superwash Merino in the November colorway. My sock yarn bin runneth over so I made an extra effort to control myself. It was hard to do. The place was full of pretty. 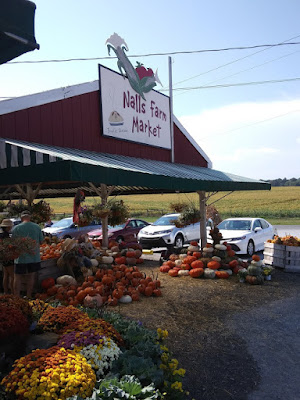 This is the part of the SVFF post where I usually show off all the beautiful locally grown produce that I pick up every year at Nall's on the way home but alas, it must not have been a good year. There was little to choose from. I picked up a few apples out of a bin but they are not very photogenic. 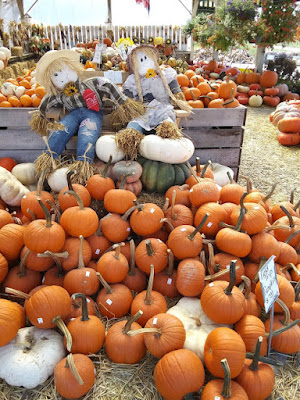 The produce was a bust but the pumpkins were spectacular this year. People were carting them out by the wagon load. It's too hot for pumpkins right now. If I sat one outside I would have pumpkin pie. They say it might cool down by Friday. I sure hope so....I've got soap to mail. It's packed. It's ready. Mother Nature is just taking her sweet time bringing on the fall. Sigh......