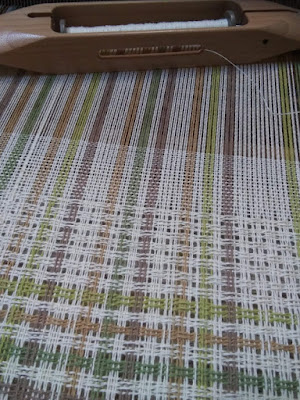 That's it. That's the end of the towel I've been working on all summer. I just wove the hem. 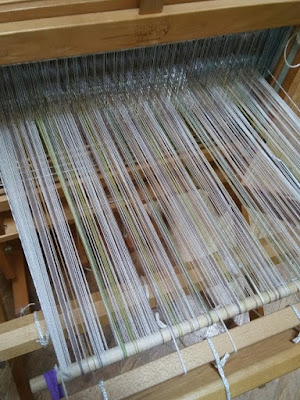 I had this much left on the back of the loom but it's telling me it doesn't want to go any further and I always listen to the loom. 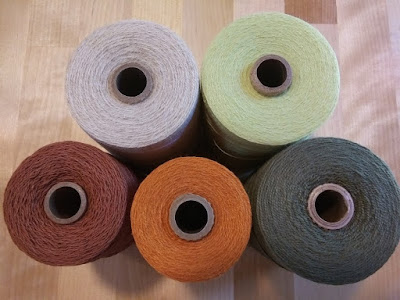 I'm not going to cut it off and hem it yet because I still haven't finished warping the next project and I hate for the loom to be sitting empty. It just doesn't look right. 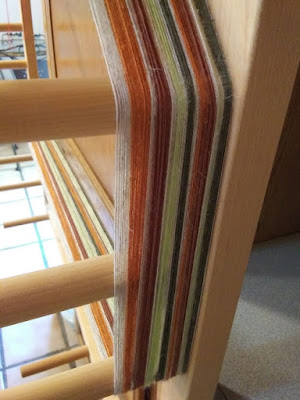 I have two more color repeats to do and then it'll be a go. Hopefully I'll have it done by the weekend since it's been too hot to even think about going out and doing much else.
Posted by Araignee at 12:00 AM