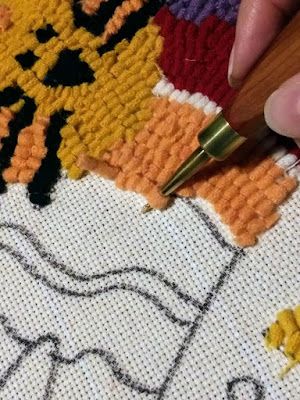 Before I left home on Friday I had a few minutes to spend with Rainbow Kitty. 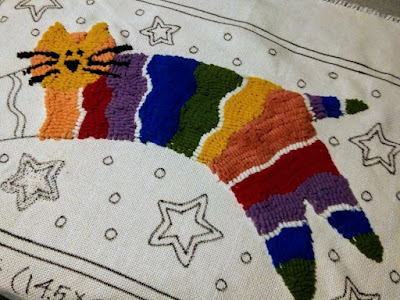 He/she has a tail now and a new orange stripe under its chin. 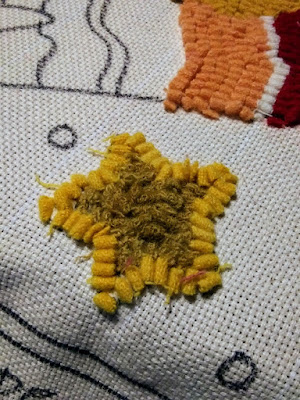 I also took out the star I had begun with. It was ugly and I hated the wool I used for it. 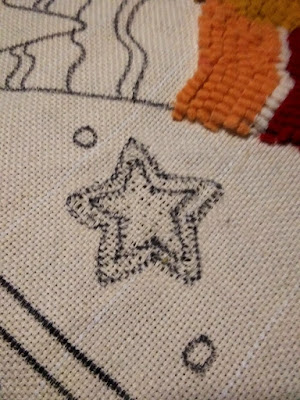 It left a bit of a mess. I hope it sorts itself out. 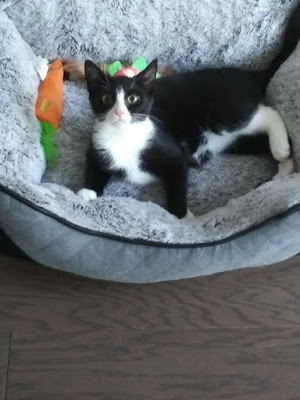 Now for the real kitties. Emi is not hiding anymore. She's out and about tearing the place up as a kitten should. 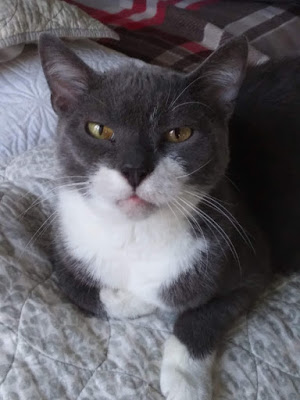 Senior kitty is her usual grumpy self. 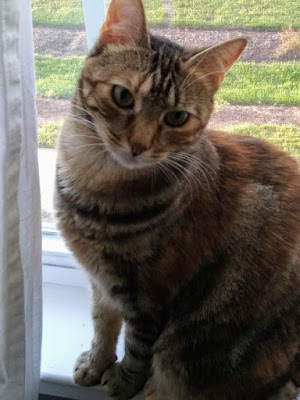 Daughter's two sister kitties are big now but really still kittens themselves. It makes for a much livelier day. So far it's been all play all day around here. I hope they wear themselves out soon. I need a nap.
Posted by Araignee at 12:00 AM