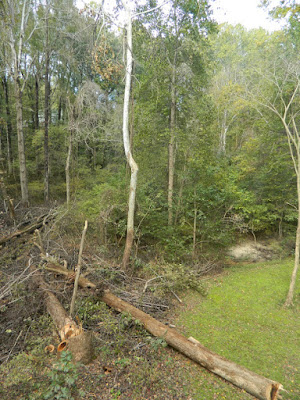 We are finally starting to go from green to gold but it's hard to appreciate the changing colors with all the dead trees lying about looking so sad. 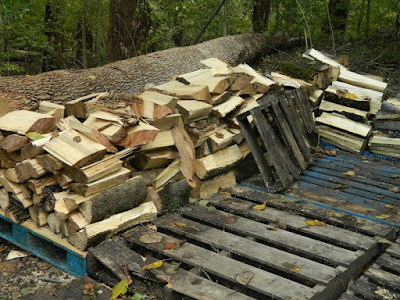 While I was sidelined last week with the itch that shall not be named, The Mister did a great job clearing the other side of the house. A pile of split wood is now where that huge pile of brush used to be. 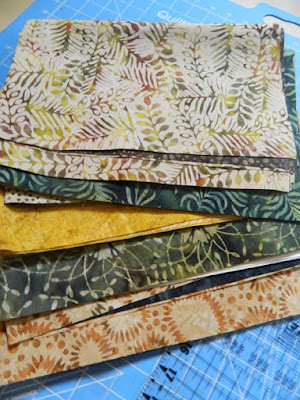 Football started at 9:30 yesterday morning so I had the whole day to play. First up was chopping up the fat quarters for the fall batik quilt I had started what seems like ages ago. 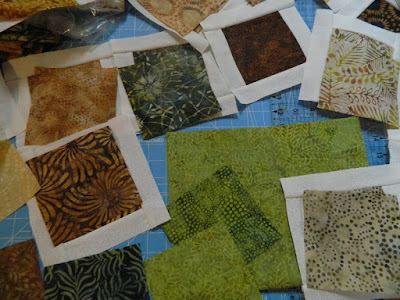 I hadn't planned on using the greens at first but they were just too pretty not to so I did some backtracking with the center squares and made five more. 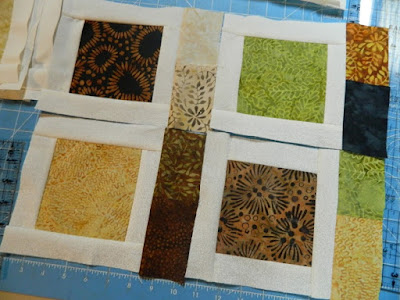 Now I am adding a scrappy border around them all. This is going to take a while. 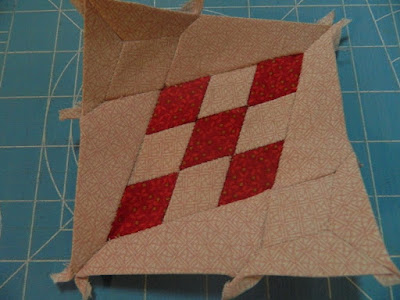 I also got the latest Dear Jane finished but oh, dear. It looks a little wonky in this photo. I swear I covered the pieces correctly and put them together using the pattern. Maybe it's the camera angle? 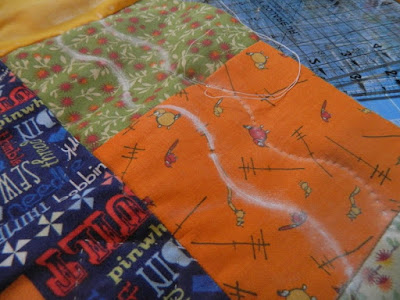 I also got more of the outside border done on the Dresden. Just looking at this made me itch last week but I had no problem at all working on it. I'm still rather bumpy but the worst is over. 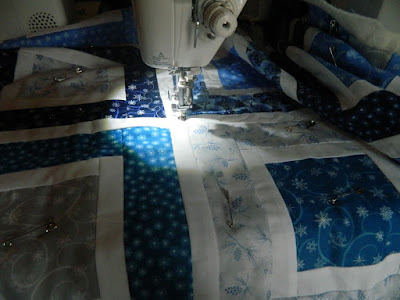 Finally, I worked up the courage to start meandering all over the baby quilt. This took a lot of courage and a strong cup of tea. After what I did to Daddio's last quilt I really had my confidence shaken with this free motion stuff. So far, so good. I quit after just a bit to let that victory sink in. As much as I strangely enjoyed it, I really don't want to be picking this one out too.