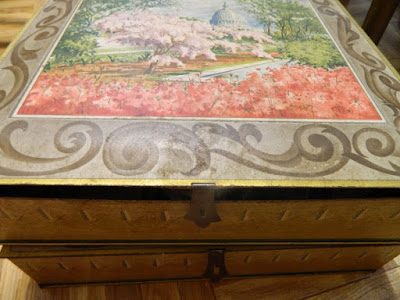 10-10-29. That was Daddio's birthday. I can't tell you how many times I had to say that date to get him signed in for stuff. I know his birthday and social security number better than my own. These are his two boxes of photos. 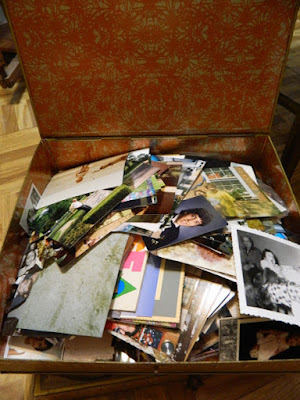 I've shared so much about him over the years that I had to go looking for new material for the "blop". His word for my blog. 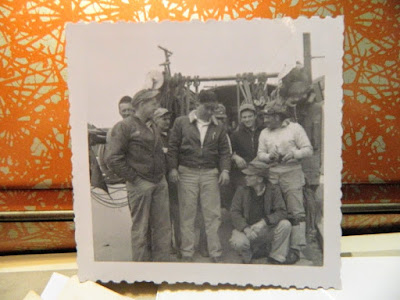 He was a lineman. He did the heavy climbing work before they had bucket trucks. 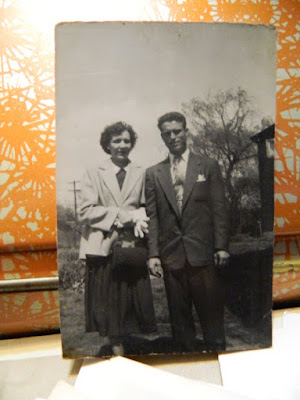 He was a lineman when he met mom. Here he is on his wedding day with my grandmother, my mother's mom. They didn't care much for each other but he was the one who took care of her in her final days. It was him and I who heard her last words and fed her a last meal in the hospital. He could be an SOB but when you needed him he was there. 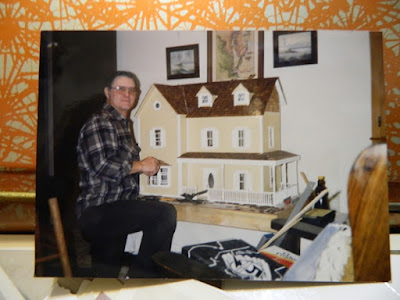 He built doll houses. Exquisite doll houses. The insides were amazing. I wish I had photos of all the teeny tiny details. 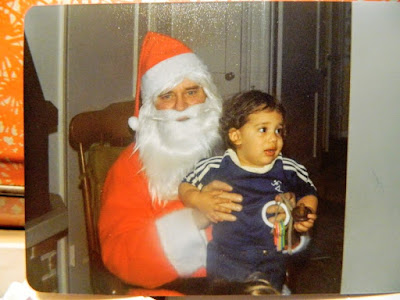 He was the official Santa at holiday parties. Middle Son wasn't having it. 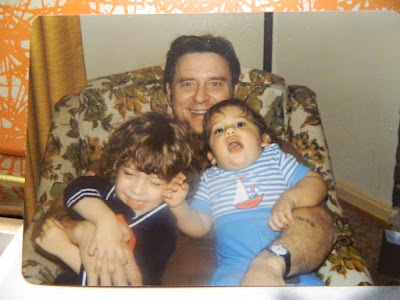 He had three daughters and then a slew of grandsons. He was a huge tease and tormented the kids half to death. He did that to us growing up too-and we all survived. 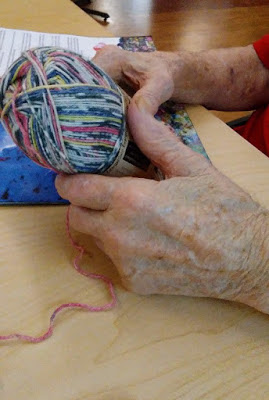 I've got so many memories of him that I don't know what to do with them anymore. This is the one that comes to mind the most these days. He held my yarn while I knit in the nursing home. He never said a word. He'd just nod and smile and then reach for my hand for a big squeeze. He would have been 89 today. I am sorry he didn't make it to 90 but he was worn out at 88 and made a graceful exit after a very long life. We should all be so lucky.