Fall Has Fallen and That's Not All 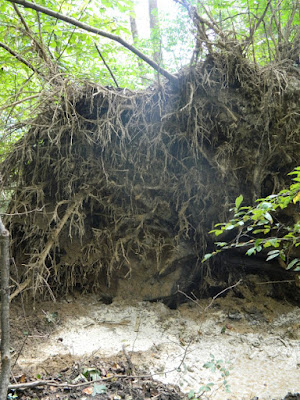 We discovered the source of the big boom we heard the night Micheal came to visit. This is the root ball of the tree that went down on the path behind the house. It's taller than me. 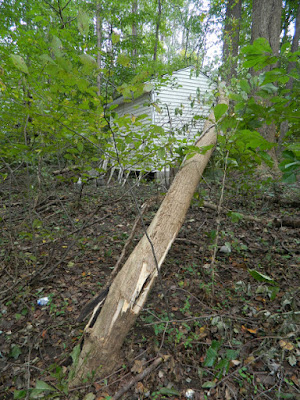 We had to laugh because at first we thought this little tree had made that huge crash. You can't tell but it's laying on the roof of our neighbor's shed. There are two other branches that are sticking up straight up in the roof. I hope they don't have anything important in there. 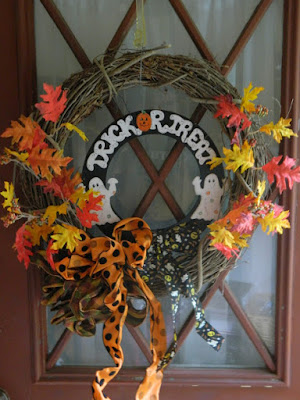 It was fallish enough to put up the Halloween stuff. 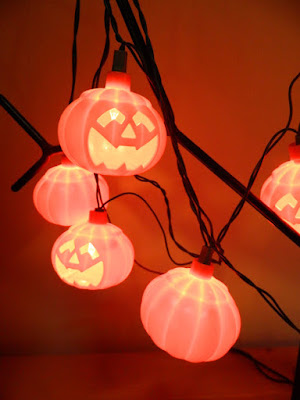 I didn't put out all the stuff. I'm still not really feeling it. Something is still off. It is cooler but it's damp and gloomy and it gave me a headache. We went right from AC to having the heat on. 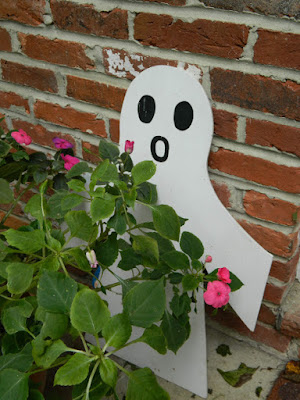 This is an odd sight. My impatiens were huge this year. They didn't bloom much but they are still hanging in there. They are usually gone by now. The ghost isn't happy they are in his usual spot. 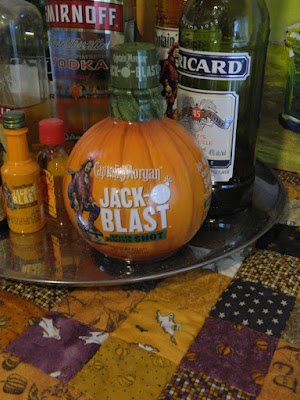 The Mister treated himself to some holiday spirits. As soon as this headache is gone I'm taking a shot. 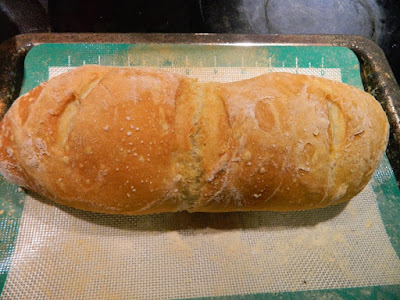 I did manage to bake the best loaf of bread I have ever made in my whole life. I bake bread all the time and I have no idea why this loaf is so much better than the others. I did use different flour-King Arthur's bread flour. I did have a shorter rise and a wetter dough because I was in a hurry. I also baked it at the same time I was baking a huge piece of salmon and a dish of eggplant parmesan. Maybe it was all the steam in the oven or maybe it was just meant to be. It was light and crusty and just amazingly good. I am going to be sad if I can't do it again. 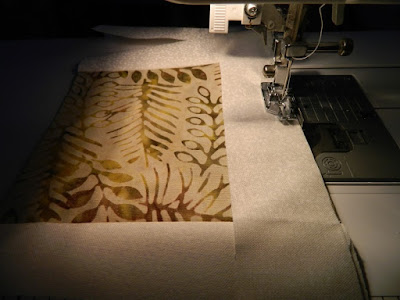 I also got started on the autumn batik quilt because I have some things finished-but that's a story for another day.
Posted by Araignee at 12:00 AM