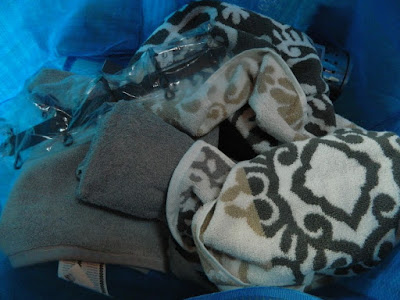 We took a trip to Ikea yesterday so I could get some whatnots to finish off my new bathroom. That reminded me that I have not been posting about all the drama. Here goes...... First, it was the new cabinet. It was big. It was heavy and there were no studs where we needed them to be. We had to cut out drywall and add studs. Good times. 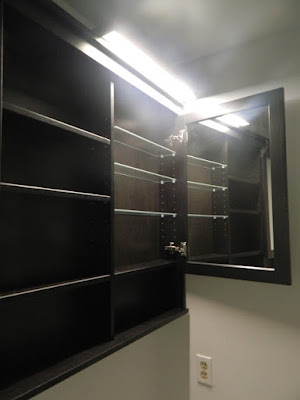 The new cabinet took three days to get in place. Then I hated the Ikea light I had picked out. It was too dim and glared right over the mirror. Ugh. So we ripped it all out for the third time. 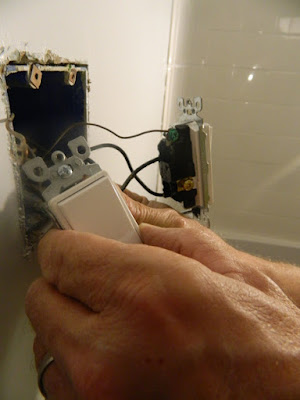 While we were waiting for the new light to show up via Amazon we changed the plugs with minimal drama. 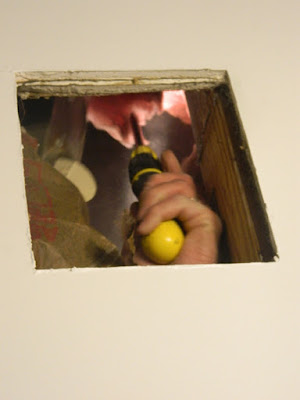 And the exhaust fan. Lots of drama here. That's the poor Mister up in the attic up to his armpits in insulation cutting a bigger hole. What a mess. 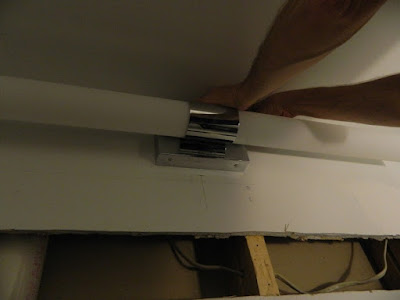 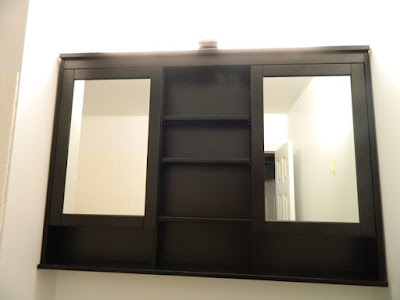 So bright you can see it from the space station. The Mister and I had a huge laugh over handing out sunglasses to visitors in need of a wee. We've got to get a dimmer for it. It's intense. 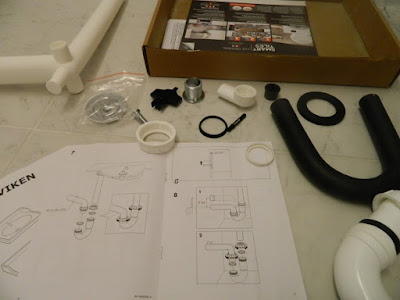 Next up, sink plumbing. Ikea plumbing is for Swedish pipes. There were lots of adapters needed. 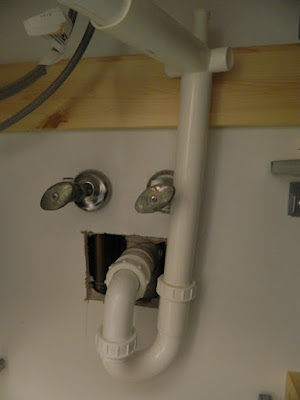 Because the cabinet has drawers you only have 4 inches of play with the pipes. It's tricky, but it can be done. 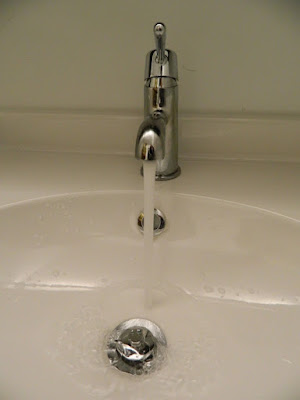 Look at that. Water. With no leaks. The job we thought would be the toughest was a piece of cake in comparison. 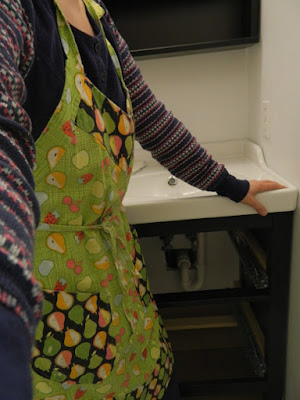 This is why I wanted the Ikea cabinet. Look how tall it is. I hate to bend down to the sink. Now it's right where I need it. 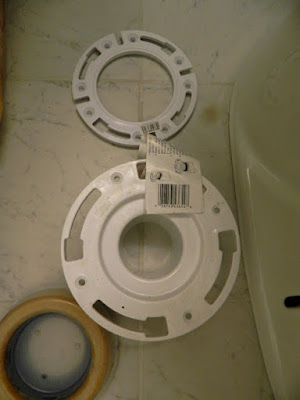 The toilet was supposed to be easy. It wasn't. I learned a lot about flanges. 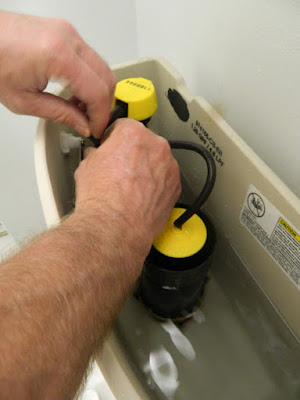 The new toilet is one of those water saving things. I hate it already and I haven't really used it yet. I am trying all the You Tube hacks to get more water in the bowl. 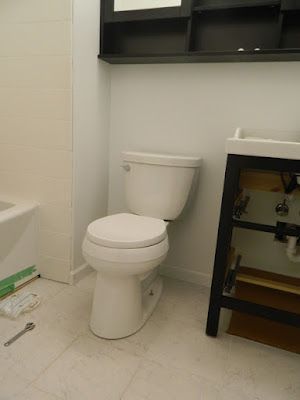 We are still waiting on the real plumber to come hook up the bath tub and the shower. In the meantime we are waiting for any leaks to show up before we stick the drawers in the new cabinet. I have to say I'm pretty weirded out about the whole thing. My private space has been a public space for too long.  It's all going to take some getting used to. Who knew?
Posted by Araignee at 12:00 AM