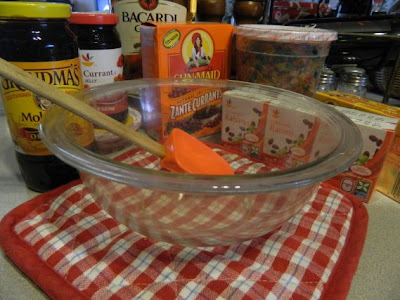 Warning: Today and tomorrow, I am going to be talking about fruitcake. Everyone has my permission to leave now. I totally understand. I am posting myself a tutorial so that next year, instead of digging frantically through all my cookbooks, I can look right here and see what I am supposed to do. I have been making fruitcake for many, many years but for some reason I am not remembering things the way I used to. After all I am the person who got out and forgot to put her car in gear or put on the parking brake the other night and rolled the Mini into a Domino delivery car. When I came out of the store (with beer no less) there was not one but three delivery guys trying to figure out what to do about my runaway car. It was a major embarrassment. I can never order pizza again. Never.
Now onto the fruitcake: 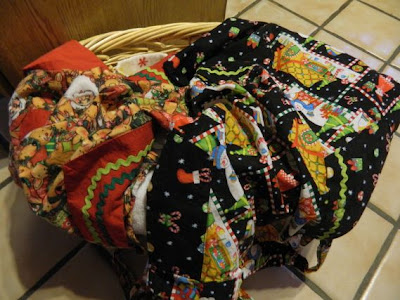 Step 1: Wash Christmas aprons. You are going to want to wear one while you're baking so make sure you wash one in advance. 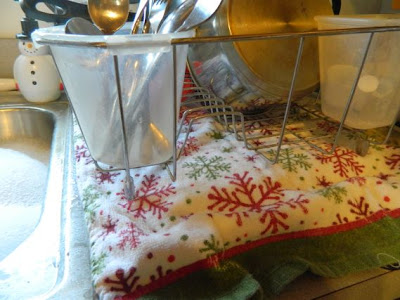 Ditto for the tea towels and pot holders. 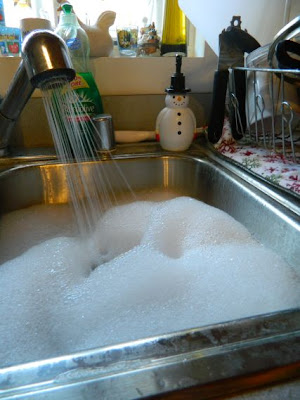 Next, fill up the sink with hot soapy water. This is a big production. 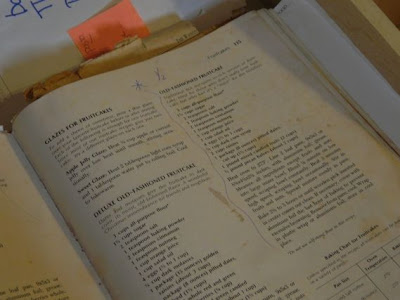 Locate your ancient Betty Crocker cookbook-the one with the cover torn off. The recipe is on page 115. For goodness sake only make half. 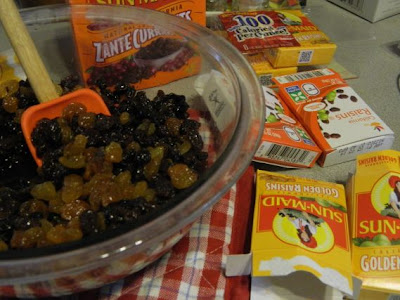 Now the fun begins. Soak your dried fruit in the booze of choice while you are mixing up the rest of the stuff. This year I used rum. I prefer brandy-just saying. 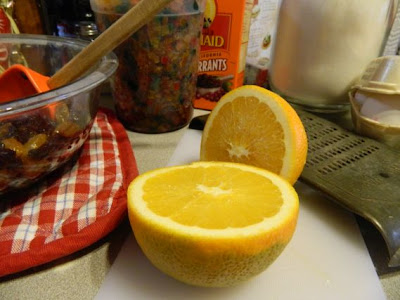 Stick an orange in the microwave and then squeeze the daylights out of it. Zest a bit too. You need at least a half a cup. 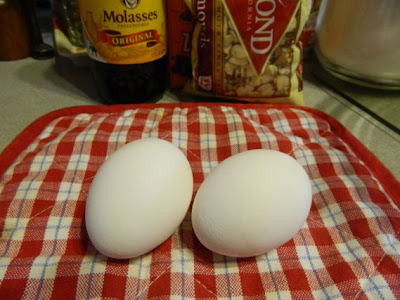 Make an emulsion out of two eggs, a half a cup of oil, the half cup of OJ and a half cup of booze. 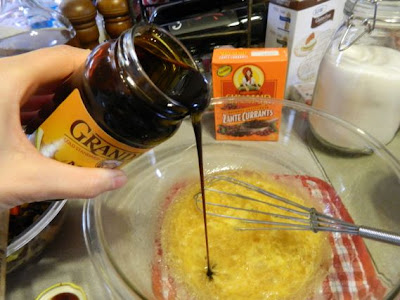 Add a small dollop of molasses... 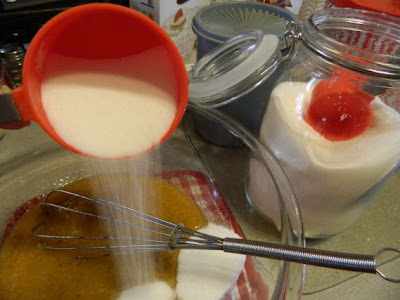 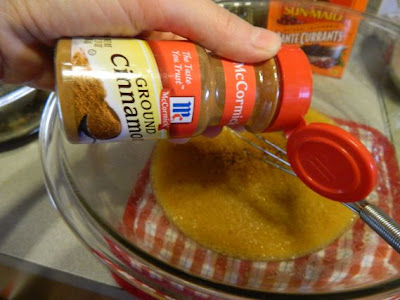 Don't forget the cinnamon and nutmeg-a good sprinkle of each. 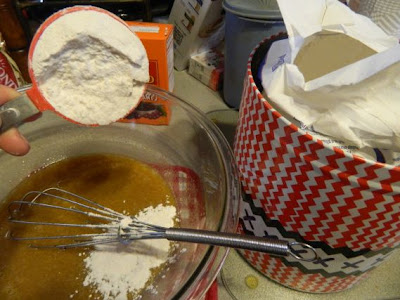 Start mixing in one and half cups of flour along with pinch of salt and a half teaspoon of baking powder. 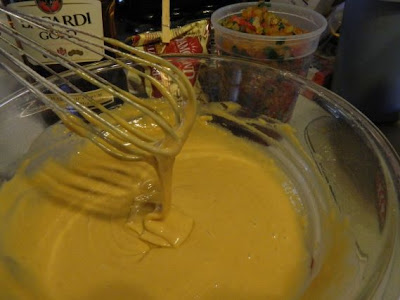 Whisk the gooey part until it is thick and smooth. Next comes the fun part-but I'll post about that tomorrow.