A Scarf for Sasquatch 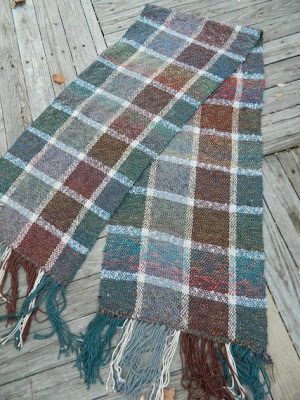 Although I have had little time for anything but handing out medication and fretting for a while now, I can finally say that the loom is mercifully empty. It had been giving me the stink face for weeks now. This very large thing is another of those half throws I never seem to have any luck with. The other half will be worked on after the holidays and then sewn onto this half for a 40 inch width-but for now, the loom is being put in time out. 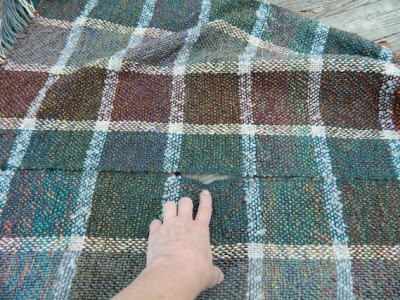 All of my painstaking attention to measurements seems to have paid off. The two ends seem to match up pretty well which gives me hope that part 2 of this thing may just be a win. I hope it works out because it is so soft and squishy that I thought about making it into a sort of giant hoodie wrap-type thingy but then thought better of it. Those big 5x5 checks are not particularly flattering.
Posted by Araignee at 12:00 AM