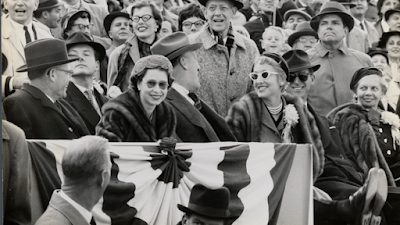 Remember the time the Queen came to a college football game in your hometown? I don't but apparently she did. In 1957. I grew up right down the street from where she is sitting. I had no idea. 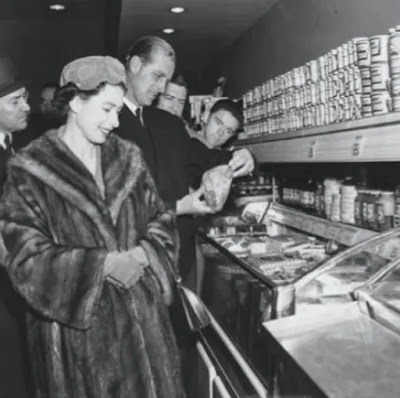 She also went shopping at a local grocery store. That's her prince behind her. 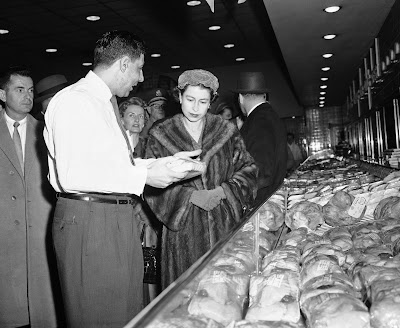 She had never seen a "supermarket" and was anxious to see one before so on her way to the White House for dinner she stopped in at the Giant Food near the mall I used to hang out at as a teen. 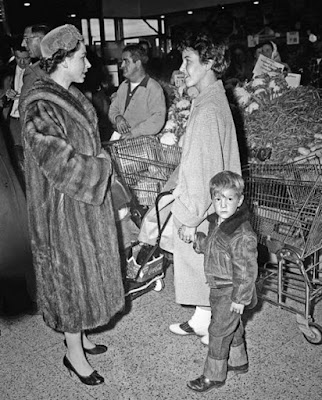 I had to piece the story together using Google after The Mister showed me a Facebook post that had an old article about it. I was only about that kid's age at the time but you'd think someone might have mentioned it before now. How cool.
Posted by Araignee at 12:00 AM