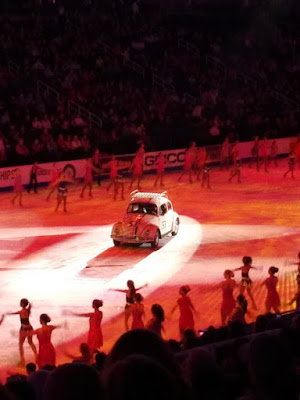 Thanks to Daughter's obsession with skating, I've been watched  competitions on TV for years and years but I never knew how much you don't get to see that is going on in the arena. 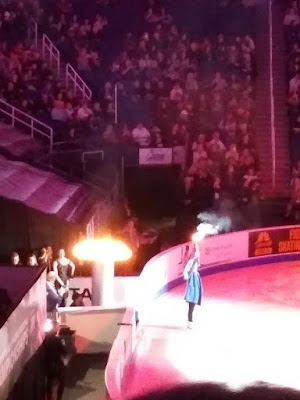 I had no idea they had an opening ceremony complete with the lighting of a torch. Paul Wylie and this lady, who is a mystery to me, climbed out the VW and set it ablaze to start the pre-competition extravaganza that featured about a million local skaters. Who knew? 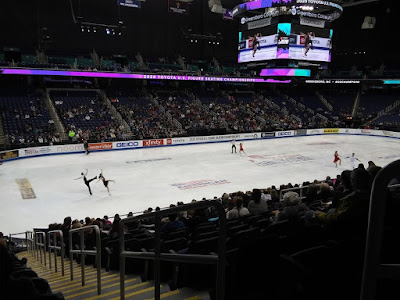 I also never knew that the skaters got a big flashy spotlight intro before they get their 6 minute warm up. You never see that on TV. 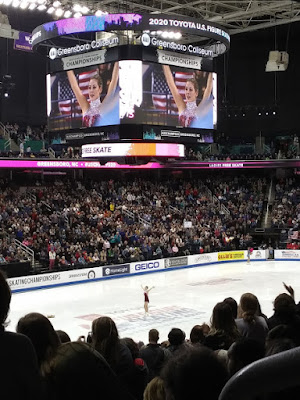 Gracie Gold got a giant standing O whenever she set foot on the ice. If you don't know her story, it's an all too familiar one. This sport is cruel to young bodies and is even harsher to girls who actually last long enough to develop grown up bodies. Gravity is not your friend. 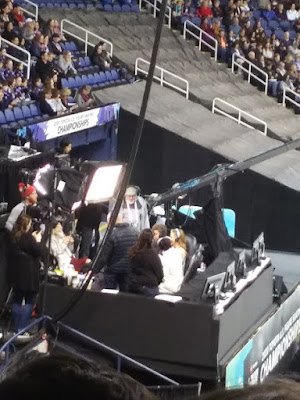 Johnny Weir and Tara Lapinski were right in front of us doing whatever they do for the camera. They sit there looking bored as all get out until they turn on the lights. I saw Tanith Belbin get her makeup done before she had the cameras in her face. It was all very un-glamorous. 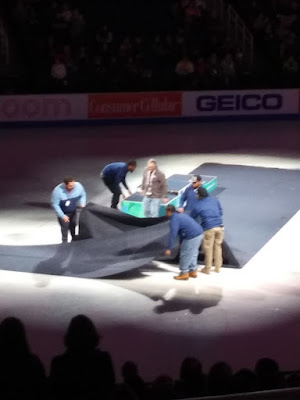 My favorite event was the setting up of the winner's podium. It took nine people and about 15 minutes to figure out how and where to roll out the carpet and set up the boxes in the right order. It was like watching the comedy part of a Cirque du Soleil show. 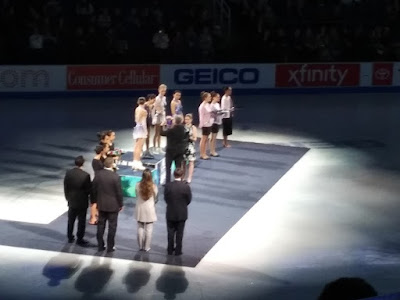 I've also never seen the medal ceremony. They always cut away to the local news after the last skater. I had no idea there was so much involved with it. Well, now I know. I'll never look at any of it the same way again.
Posted by Araignee at 1:18 AM