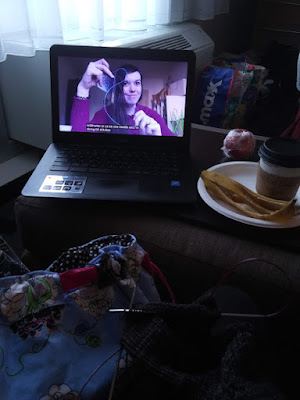 I hated to give up my little knitting corner in the hotel and head home. What's not to like about free breakfast and maid service? 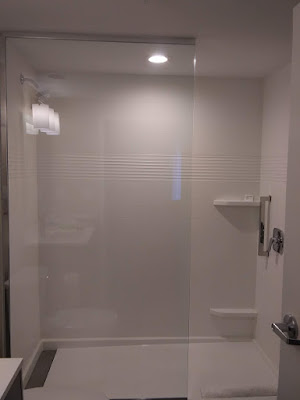 Look at that shower. It's almost the size of my bathroom. 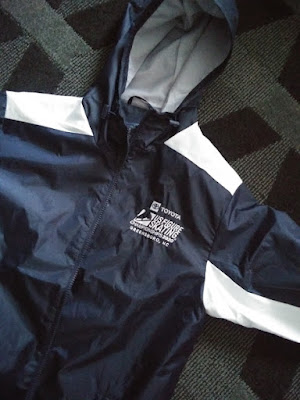 We roared into town Friday afternoon and had to go straight to the arena. Daughter had volunteered to work with the Anti-doping crew so she had to pick up her credentials and be trained. We didn't have time to see anything of the city. We were in the arena until after midnight while Daughter followed her designated skater around waiting for the medal ceremony and the press events to be done with but more importantly for nature to take its course. Ahem. She got a really cool jacket for her troubles. 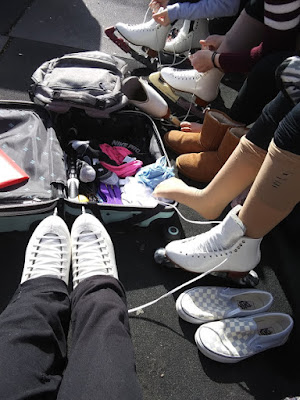 On Saturday we got to play. The event we had tickets for wasn't until 9:30 that night. First we went to an outdoor rink. I have not had those skates on for 3 years. I was proud that I did not break anything important. I actually had a good time. 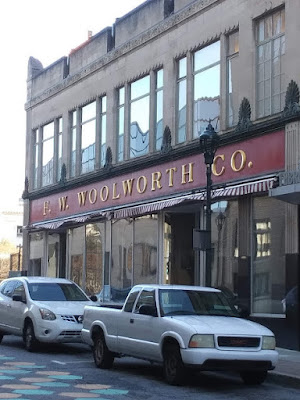 The weather was warm. Too hot for skating. The rink was melting away under our feet so off we went to lunch. Greensboro is an interesting mix of the old and new. When was the last time you saw a Woolworth's? 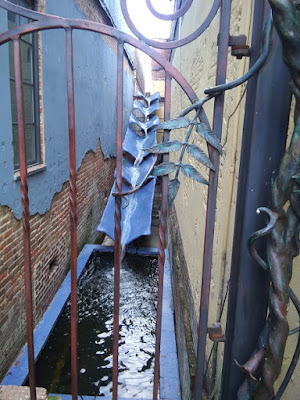 It's a quirky place where unexpected alleys have waterfalls. 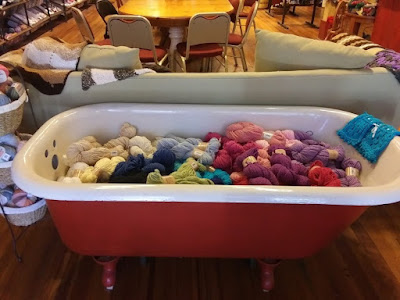 It also has bathtubs full of yarn. 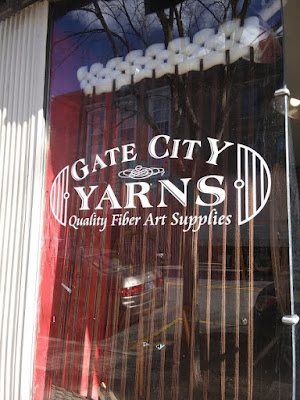 Look what I found on the way to lunch. Squeee......I talked that poor shopkeepers ear off. It's been many, many years since I've been in a yarn shop. 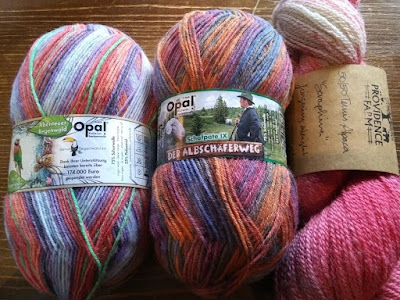 These came home with me. The yarn on the right is from a local spinner who processes and spins her own Tunis fleece. It's my souvenir yarn. I just want to pet it. 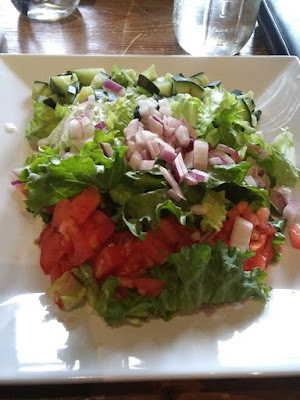 Lunch was hilarious. The town is pretty much shutdown on the weekends since it's a business district. We wandered into a bistro type place that really wasn't set up to feed two tables full of skaters and their moms on a weekend. The poor waitress and cook did their best but it was a comedy of errors when most of the ingredients for the meals were in short supply or non existent. I was lucky, my simple salad was just fine. 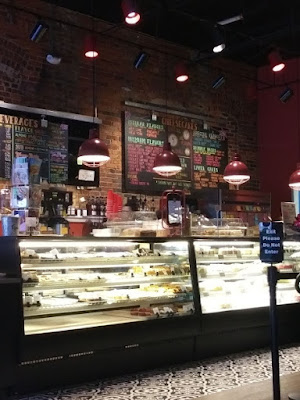 The lady who ran the knitting shop told us about this cheesecake place that was just a few doors down. 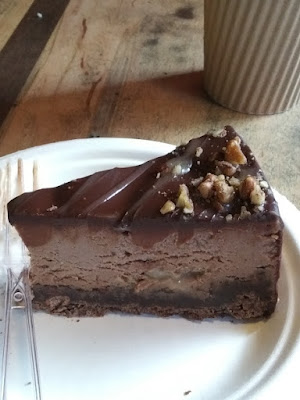 It was amazing. I didn't eat this but I enjoyed looking at it. I had a really yummy orange and date biscotti that I ate so fast I forgot to take a picture of it. It was really, really good. 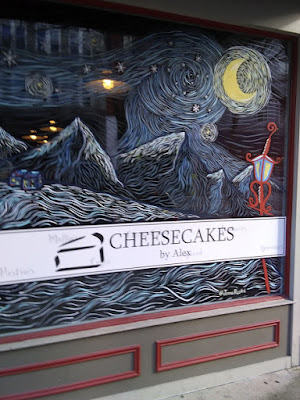 If you are ever in Greensboro, run don't walk to Alex's Cheesecakes. You won't be sorry. 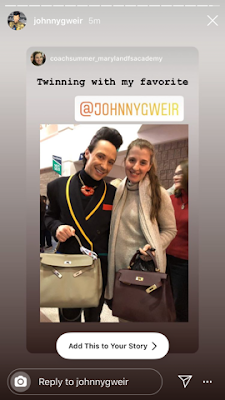 As soon as I finish unpacking I'll respond to your soap messages. Thank you to everyone who responded. In the meantime let me leave you with none other than Johnny Weir's re-posting of Daughter's Instagram photo of when they compared Hermes Kelly bags last night. If you don't know what a Kelly bag is-Google it. I promise you your jaw will drop. There's obviously good money in this figure skating thing. Both Johnny and Daughter have several.