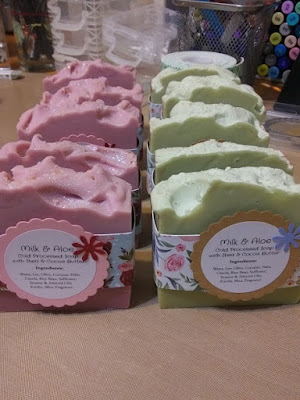 As promised, today's the day to unload some soap! 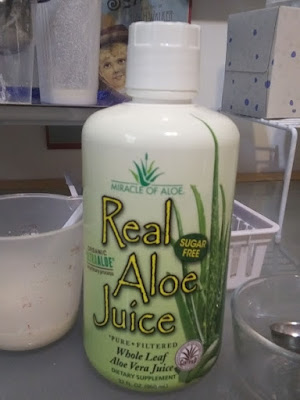 I tried out some new things with these batches. Some things worked, some didn't. They are made with aloe juice instead of water. 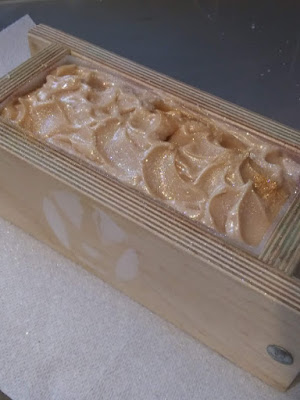 The batter was different than I am used to. It didn't behave like I expected it to but I've been using all these soaps for weeks now and I love them. They are nice a bubbly. Aloe was a win but pricey.  I think I'll do without now that this bottle is history. 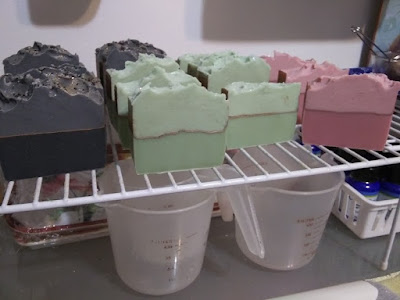 Then there was the design. Six weeks ago I had lots going on with the kitchen mess so I thought I would keep it simple. I just would add a little white mica to the base color and separate it with a thin pencil line of metallic mica. 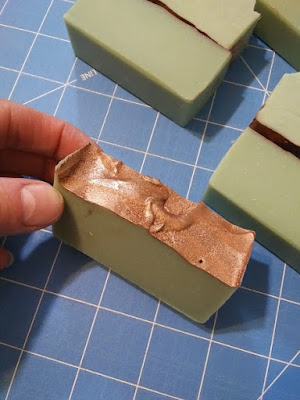 Oh, dear. That was a fail. It looks pretty but you may end up with two little bars after use. Some split. Some did not. I'm not sure how your particular bar will react but it's still a nice soap even if it does split in half. 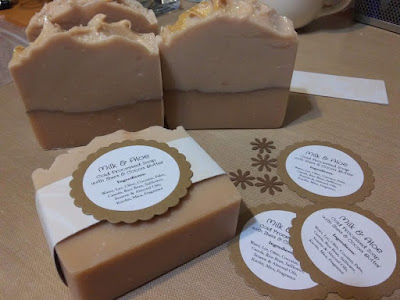 Also, they are all labeled the same way as just Milk and Aloe Soap so the only way you will know what scent you have is to look at this post. I just couldn't find the time to individually print up all the labels with the different scents. It's such a pain. 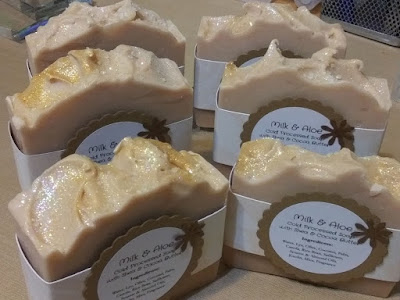 Okay....now that we have all the issues out of the way meet Frosted Birch. It has a clean outdoorsy scent that's hard to describe but I like it. It's very mild. 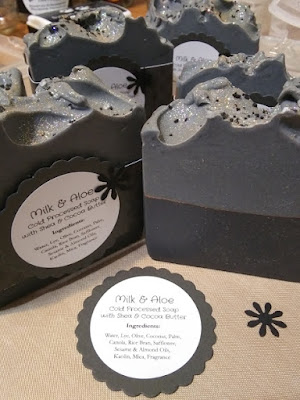 This is Black Salt and Cypress. It's another hard to describe scent. It's supposed to smell like sun bleached driftwood but I dunno. Driftwood can be pretty stinky and this certainly isn't. It's nice and fresh. 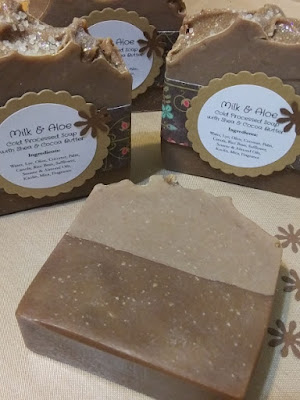 Sugared Vanilla smells like anything but. I'm not usually a fan of vanilla but this is a nice one. It does not smell like a sugar cookie. I've got one of these in the tub now and I love it. It's a little bumpy. Some fragrances can do this and vanilla is one that will. It's not a problem and it smooths out and looks just fine after use. It's a nice creamy bar but be warned, the scent is very strong. 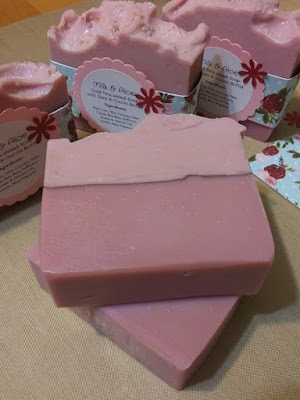 Raspberry Vanilla smells just like its name. It's warm and fruity at the same time. 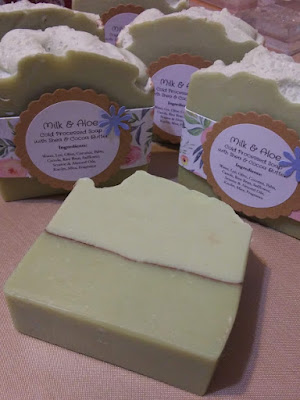 Finally, I have Mistletoe. It's a Yankee Candle knock off scent. It's kind of piney. It's a very light holiday scent that I would use all winter. I love it. 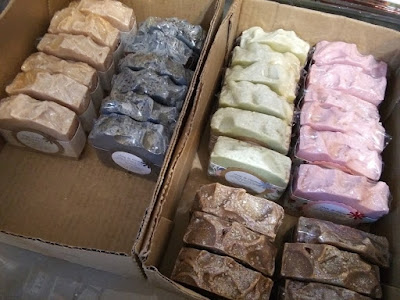 There you have it. I've only got thirty of these big chunky bars to giveaway so this time go to Ravelry (I'm Araignee) or araigneessoapshop@gmail.com and give me your mailing info and then tell me your THREE favorite scents and I'll see that you get ONE plus some ride along surprises.... 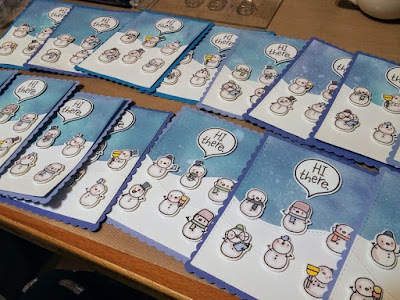 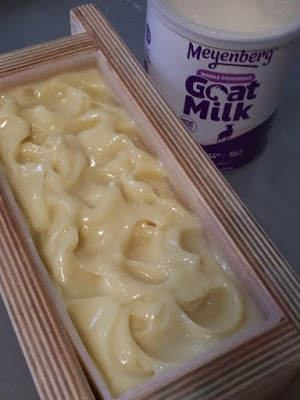 AND if none of the winter soap scents are doing it for you, I'll have plenty of goat's milk soap ready in lots of different colors and fragrances (plus unscented) with and without aloe in about 6 weeks for an early spring giveaway sometime in March.
I just can't stop making soap.