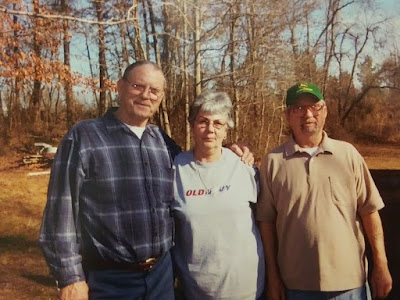 Yesterday I drove my sisters down to a remote area of Virginia to visit my aunt. My uncle, on the right, had passed away in March. He was my dad's only remaining sibling. Just before Christmas my aunt, in the middle, who is recovering from cancer surgery, called to say my cousin, her youngest, had passed away suddenly. It was her third child to lose in recent years and he was her caretaker. At the end of our visit it was hard to leave her alone in her little home in a very isolated area on the Potomac River but she won't pack up and go much to her one remaining son's dismay. She's frail but feisty and has no intention of living anyway but the way she wants. You have to admire that but you still worry. I'm worried. 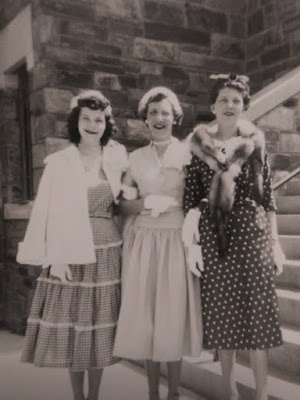 I also learned yesterday that another aunt had passed away. That's my grandmother, my mother's mother, in the middle and my very chic Aunt Kitty in the fox stole. She lived on her own until the age of 99 and passed away peacefully at home. We should all be so lucky. 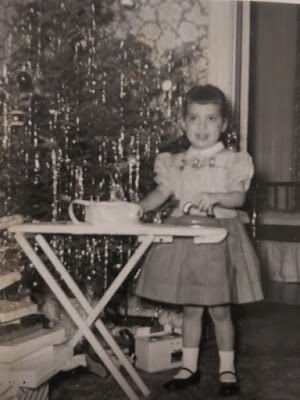 I'm feeling unsettled by all this loss so how about I end this with a cute little munchkin and her ironing board? That's me. I have no recollection at all of any of this but it looks like I was having a darn good time. Little did I know then that I would grow up to be crap at ironing. I'm not a fan.
Posted by Araignee at 12:00 AM