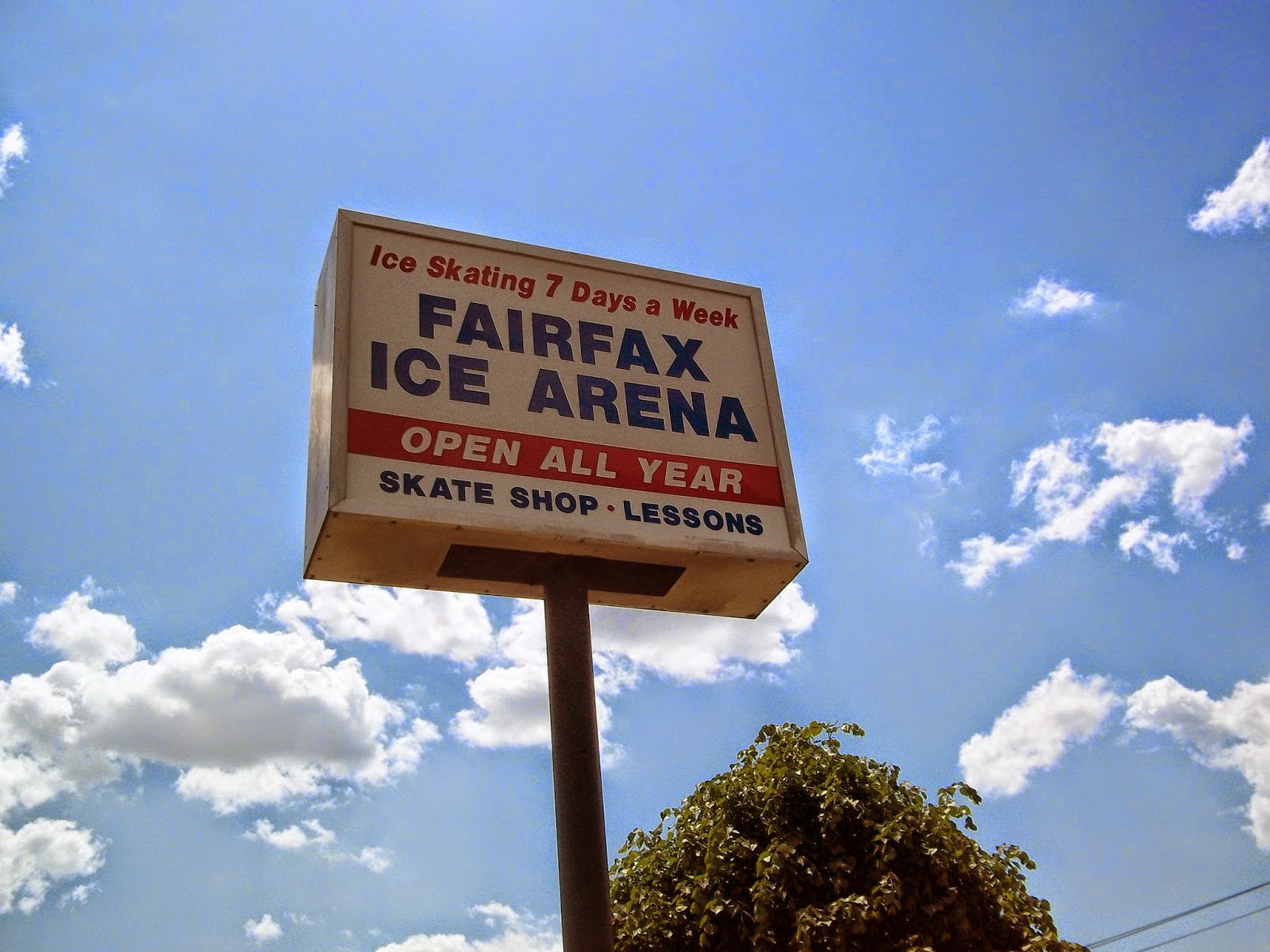 At 7 am Sunday morning I was on my way to yet another ice rink. This one was about an hour or so away. 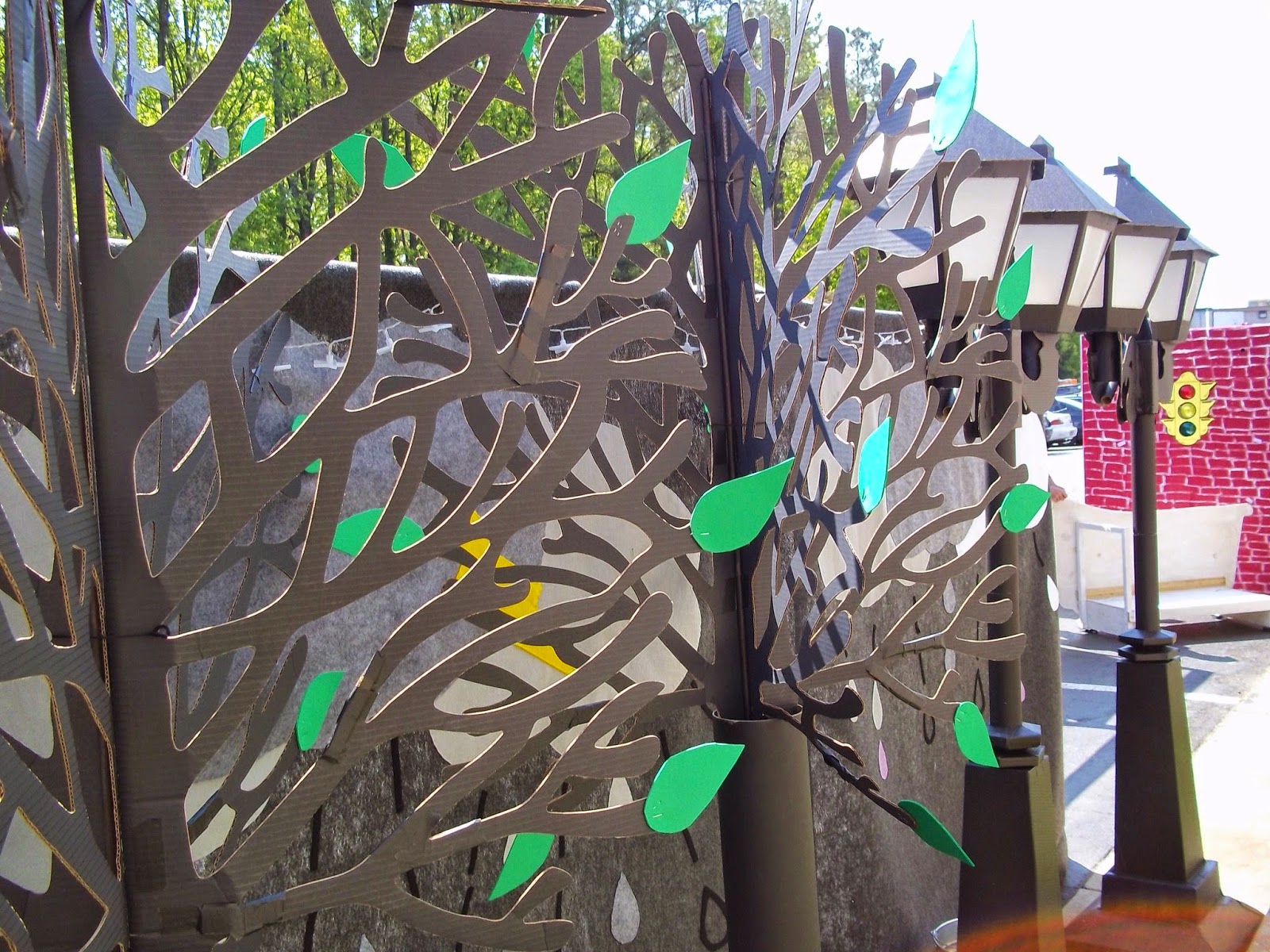 There, once again, I spent about four hours assembling all the scenery. This time it wasn't the wind that was the problem, this time it was the sun. It was brutal. 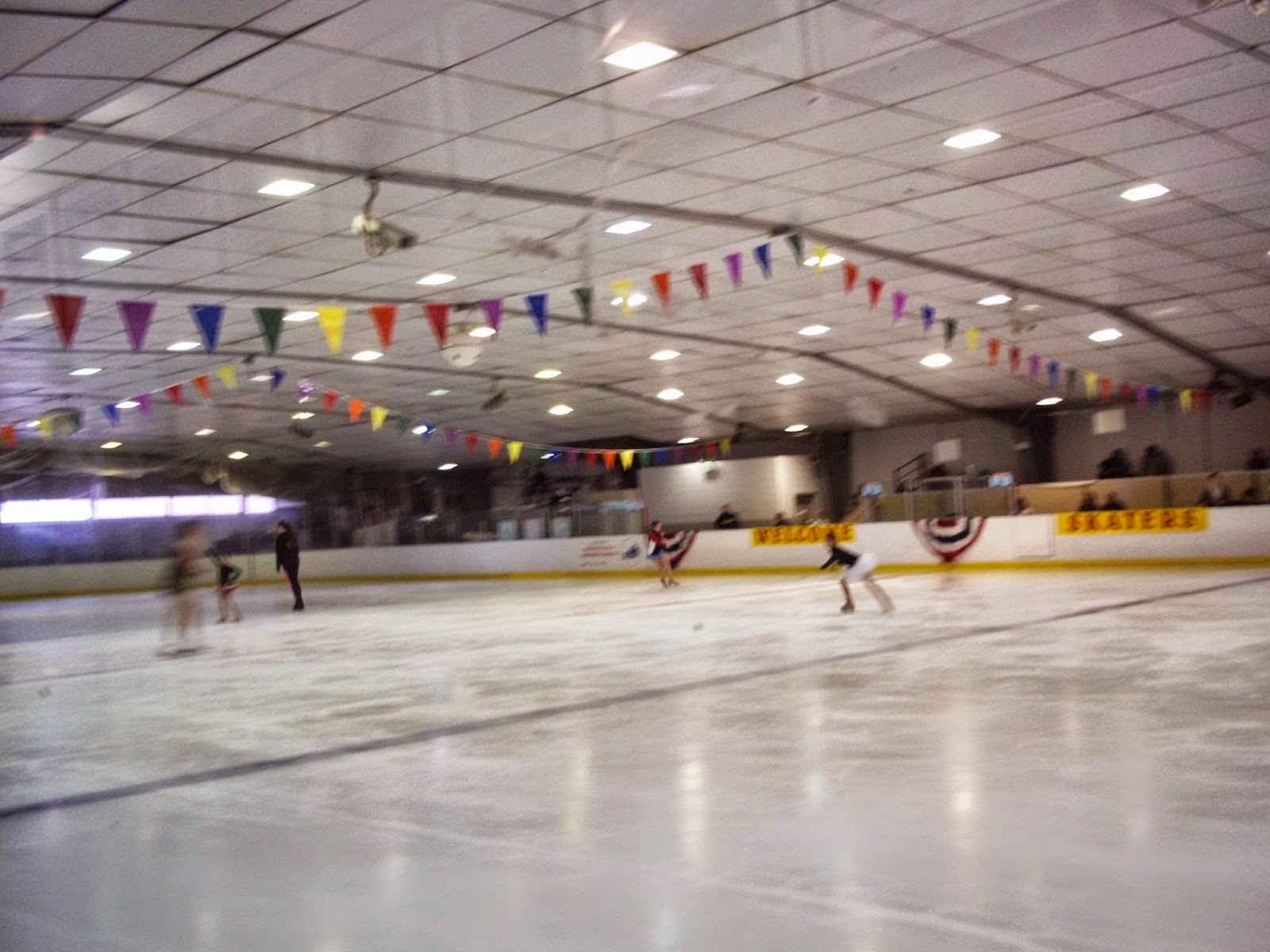 Inside everyone was cool and collected, outside I was blistering on the asphalt. So were the lamposts. The hot glue was melting so I had to duct tape the things back together more than once. 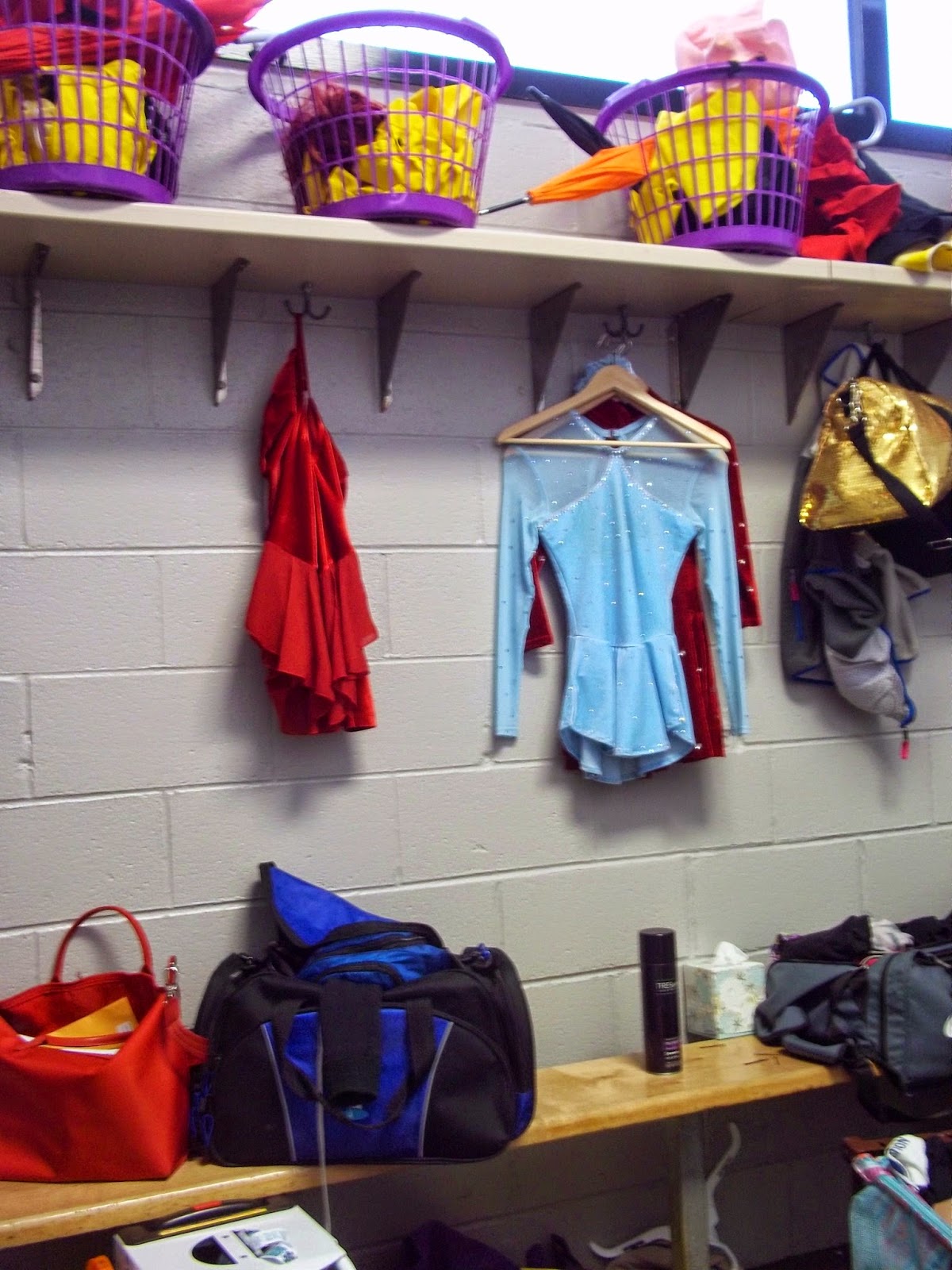 It was the usual panic and pandamonium in the locker rooms. There are teams that put makeup and costumes on outside. They have the right idea. 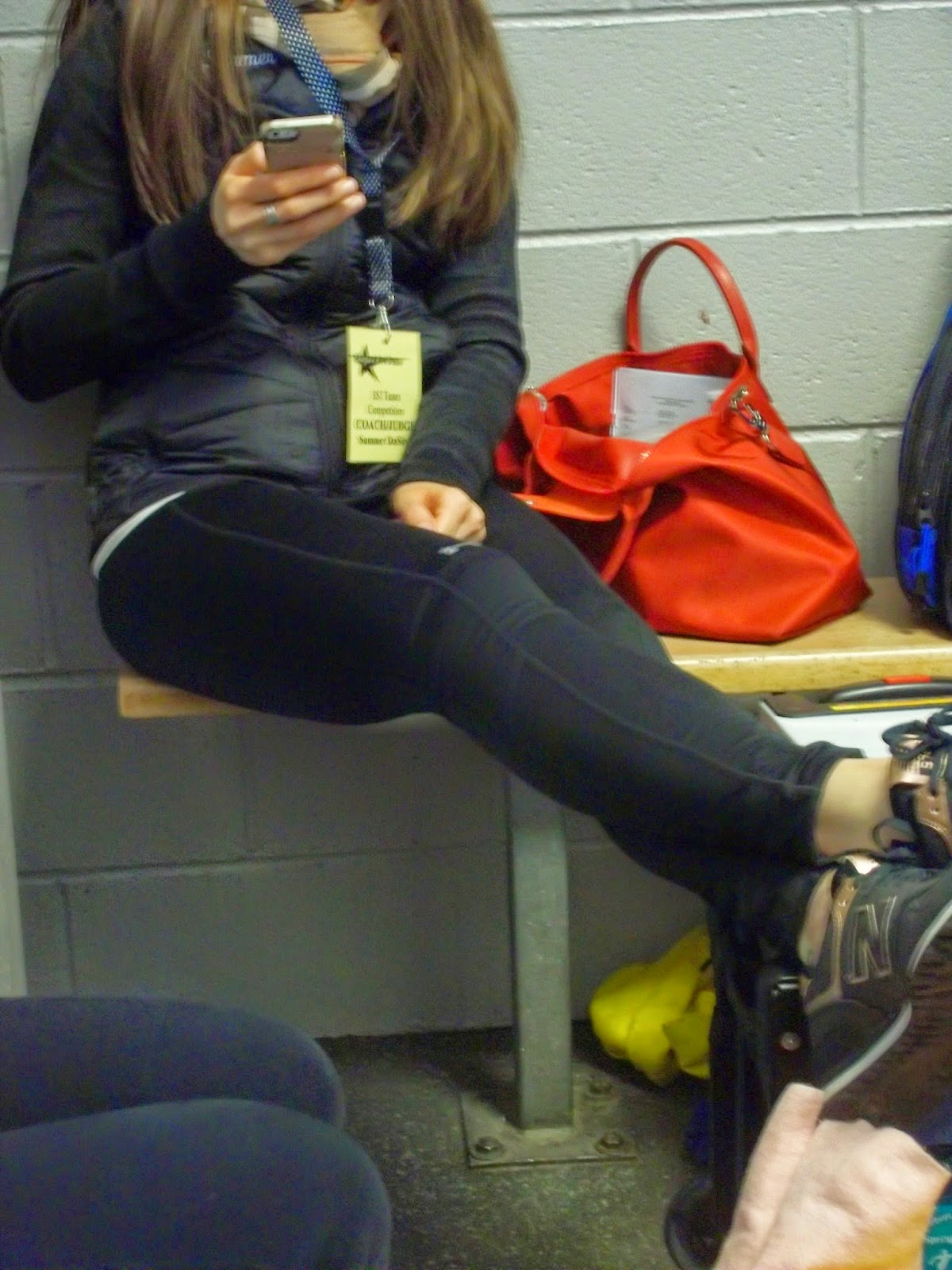 Daughter, our coach, handled things like a pro up until she learned she had to skate in the program due to a last minute absence. We got to be on the ice together for the first time ever. Grandson lives a few miles from the rink so his Mom and Dad brought him out to cheer on the team. At two years old, he didn't exactly have a great time but it was nice to see him in action. Somebody needs to give that boy a stick and a puck. 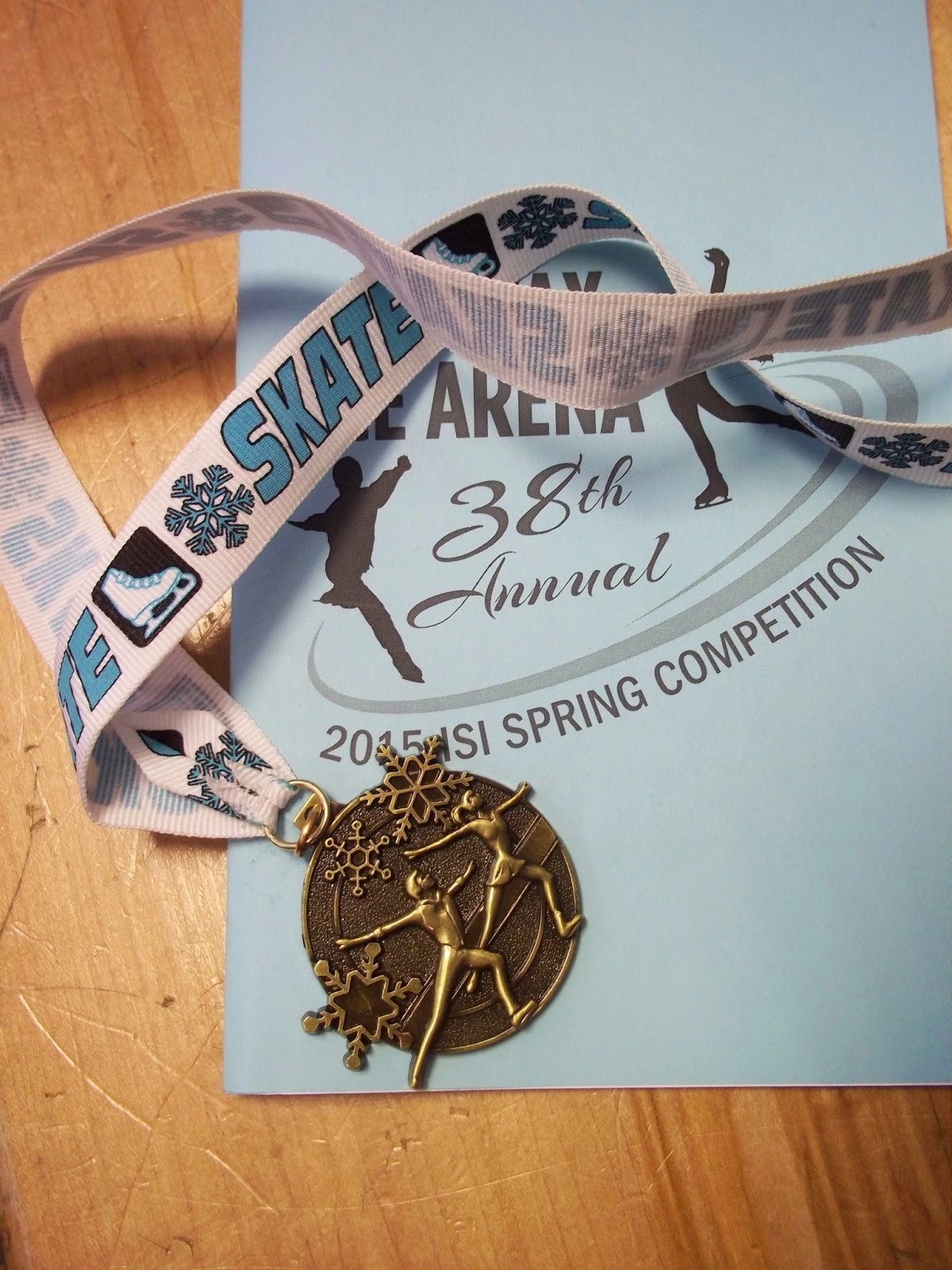 It was our last competition of the season and we ended on a high note. We won first place. Since I skated in this one, I got a gold medal, too. Well earned, if I say so myself. 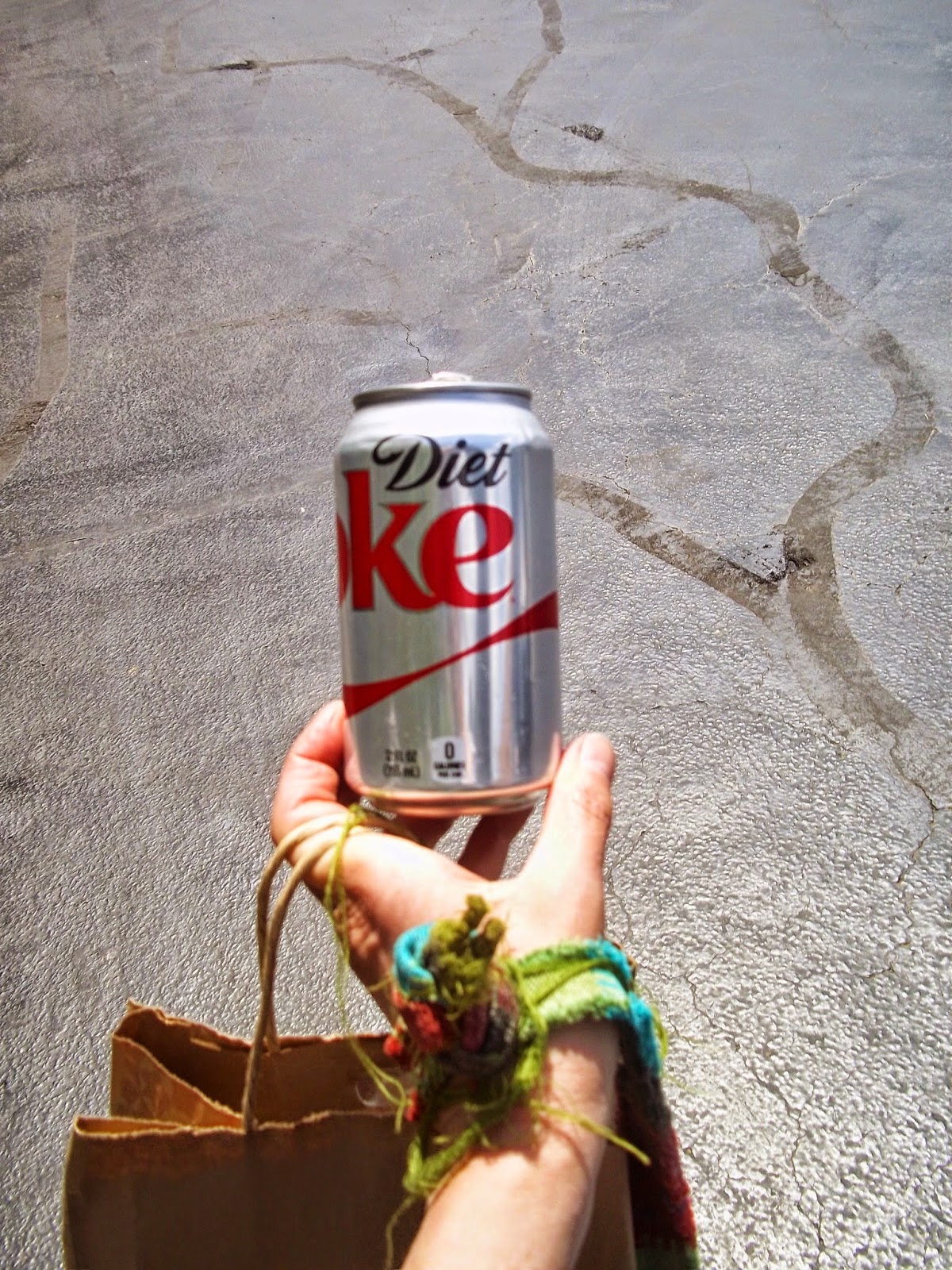 That medal felt great hanging around my neck but I would have sold it for a cold drink during the hot hours I had to knock down and pack up all that scenery. Luckily, I didn't have to. Daughter came to the rescue. Bless her. That Coke and a little bit of shade was the best thing that happened to me all weekend.