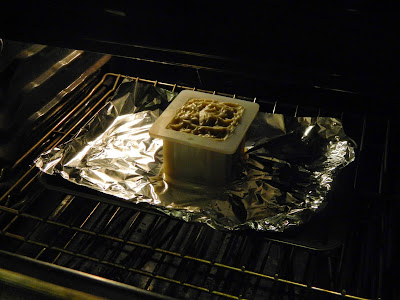 The day after The Mister played with soap, I decided to try my hand with an oatmeal honey recipe. All went well until I noticed it was heating up and an ugly crack was forming across the top. That's a bad thing. You can end up with a soap volcano. I fixed the crack with alcohol, cooled it in the fridge and then popped it into a warm oven for a few minutes. Then I turned it off and left it in for the night to complete the gel phase that had started most likely from the addition of a honey based fragrance. I had no idea what I was doing. I just followed the directions I found on the internet and crossed my fingers. 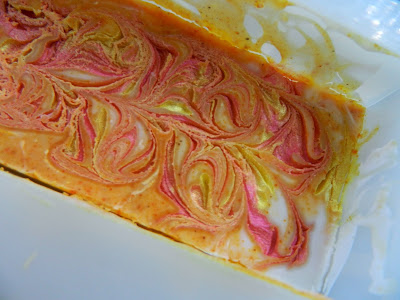 The next morning The Mister's soap was ready to unmold. 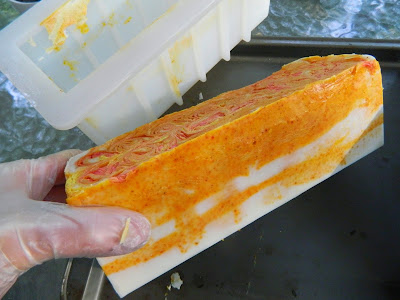 This was a Crisco base soap so I had no idea what to expect. Did you know that Crisco was invented for soap and candle making and was never intended for human consumption? I read it somewhere in my search for cheap soap recipes. I eat a bucket of the butter flavored one at Christmas.  That probably explains what happened to my gall bladder. 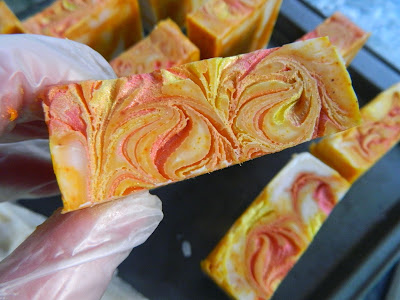 I do love the shiny mica swirls. I'll be trying this myself one day. 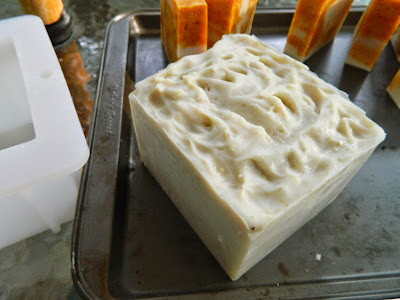 The oatmeal mess in the oven was cool, rock hard and ready to cut also. That process is called CPOP by the way. It's a real thing that I'll have to try on purpose some day. 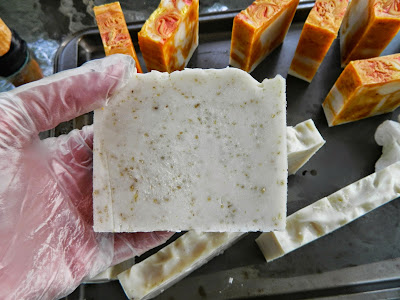 Look at that. I was expecting an ugly dark ring in the middle from a partial gel but I can see only a slight difference around the edges. 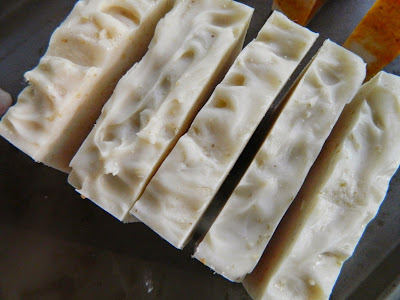 There was no sign of the big crack either. Whew. 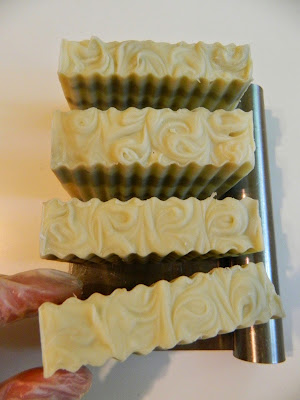 The sea clay and mint loaf I made during my staycation was also ready to cut. 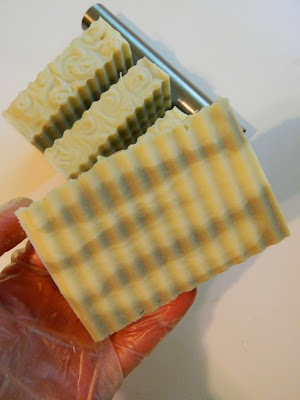 I used a simple technique called the spoon plop to layer the clay infused batter in with the plain batter. Not bad. 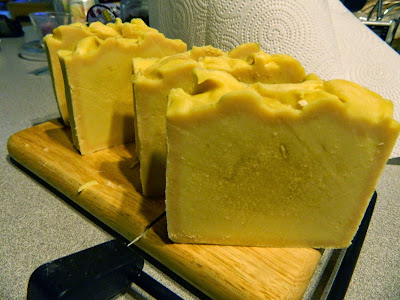 After a week, the buttermilk/carrot bastille soap was finally hard enough to get out of the mold. It was still a bit sticky but I was anxious to see it cut. This almost all olive oil soap will now take months to cure. 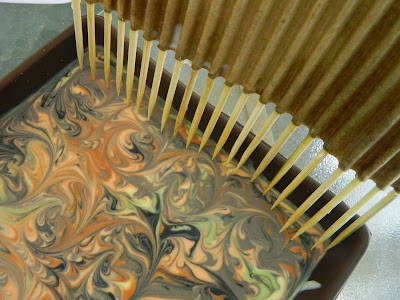 Yesterday I made a fancy peacock swirl using a doohickey I made from bamboo skewers and corrugated cardboard. This would have been a perfect except for the fact I lost half the batter in the squeeze bottles I used to make the colors. I ended up with a very thin slab and a lesson learned about how fast you have to work to get all those colors where they need to be before they harden up. 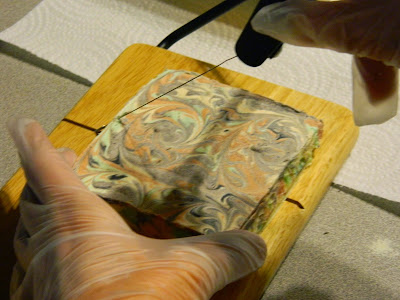 It was really pretty until it dried. To my surprise, the colors faded and turned grayish. I did figure out how to use the cheese slicer I bought months ago. It didn't work at all on melt and pour bars but is perfect for cutting odd shaped, sticky cold process. 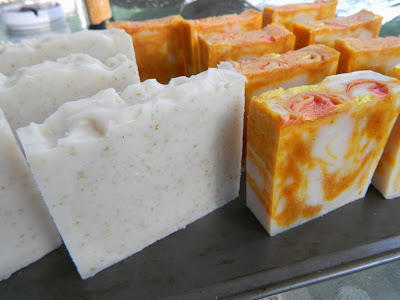 Now we have to wait four to six weeks until all these bars will be ready to use. The sewing room has a ceiling fan that I keep on low to keep the air moving around the bars and the room smells heavenly. Every time I walk past it I want to make more SOAP! It's a sickness I tell you....
Posted by Araignee at 12:00 AM