A Tale of Terror 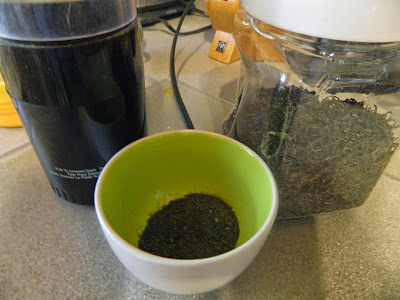 I have never been so scared in my life and it all started with a little tea. 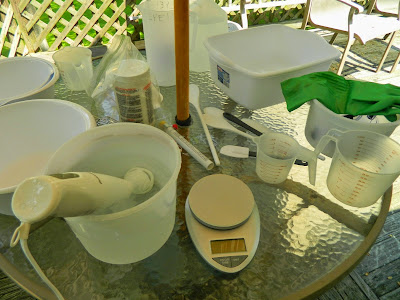 I had set up the deck like a mini science lab earlier because I was planning on making some soap-the old fashioned way. 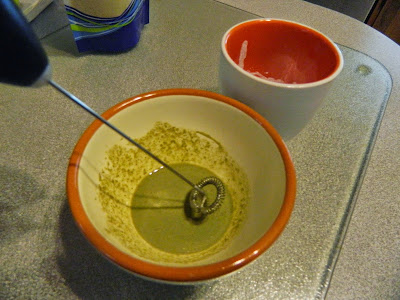 Mixing the colors was easy enough. It's chamomile powder and a little oil. I also used some titanium dioxide. That makes soap white. My plan here was for a green and white swirl. 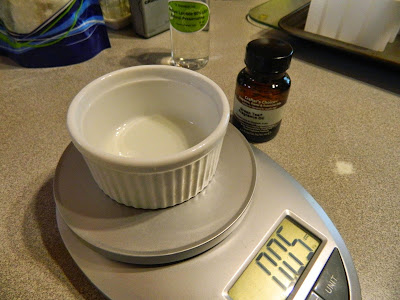 Weighing out the fragrance wasn't too terrible although I did learn my scale stinks. I had to order a new one because it just couldn't handle the exact amount down to four decimal places thing. 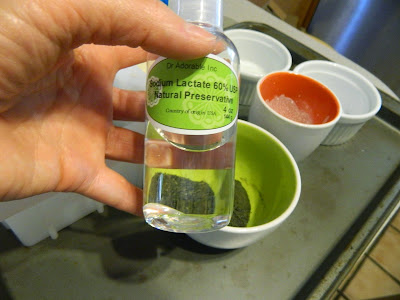 Even measuring out this chemical stuff wasn't a problem. It helps harden the soap so it releases from silicone molds. If you don't use it, you have to line them. 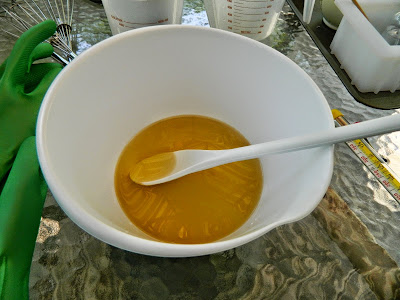 Heating the oil was no different than warming any other liquid in the microwave. You just have to keep checking the temperature. 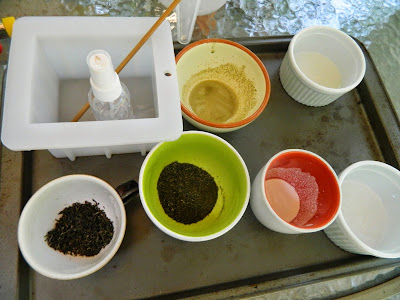 I was still somewhat calm when I gathered all my ingredients together and headed out of the kitchen and onto the deck. 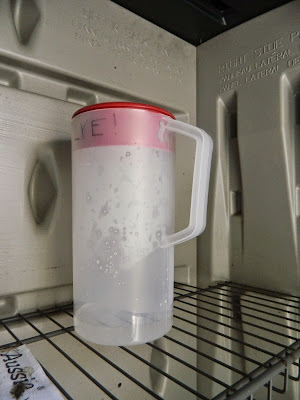 That is when the fear took over. I had to mix lye with water. It was terrifying. The Internet is full of horror stories about what could happen if you do it the wrong way. To perform this action I was suited up like Dustin Hoffman in Outbreak. I should have had The Mister take a photo. Next time. 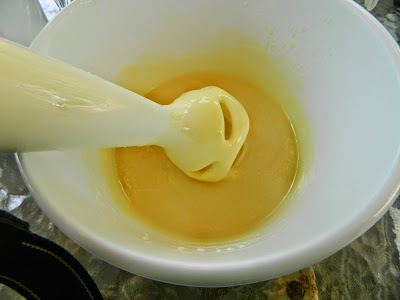 I lived through it and managed to mix the oil and the lye when they had reached about 120 degrees without creating a nuclear cloud or burning the house down. I did discover that making a small batch is hard with a stick blender. I had a lot of air bubbles because I couldn't keep the blade submerged. I need a better bowl. Next time. 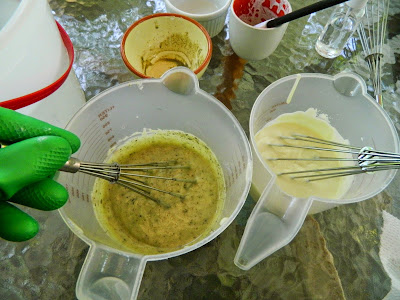 Working quickly, because it all starts to thicken before you know it, I whisked in some green tea fragrance, the chamomile color, and some ground tea leaves into half the batter. The other half got the whitener. Later I learned that I was using the wrong kind of whisks, aluminum and lye is a no no. I have since replaced them with silicone ones. 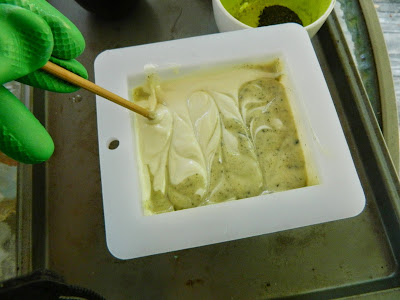 I used an old orphan doublepoint to do some fancy swirls and I should have stopped here. 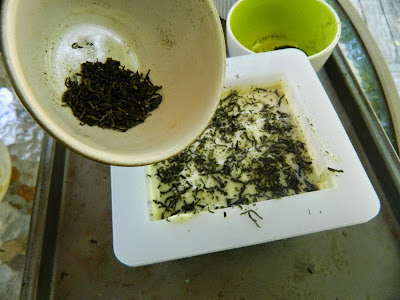 Instead I dumped some tea leaves on top which is a look I wasn't too fond of. Now I have to wait 48 hours before unmolding it to see if I actually made soap. The suspense is killing me. My measuring wasn't perfect so I have worries. Is it going to be a sticky mess? Is it going to be hard and crumbly? Only time will tell........