Stick a Fork in It 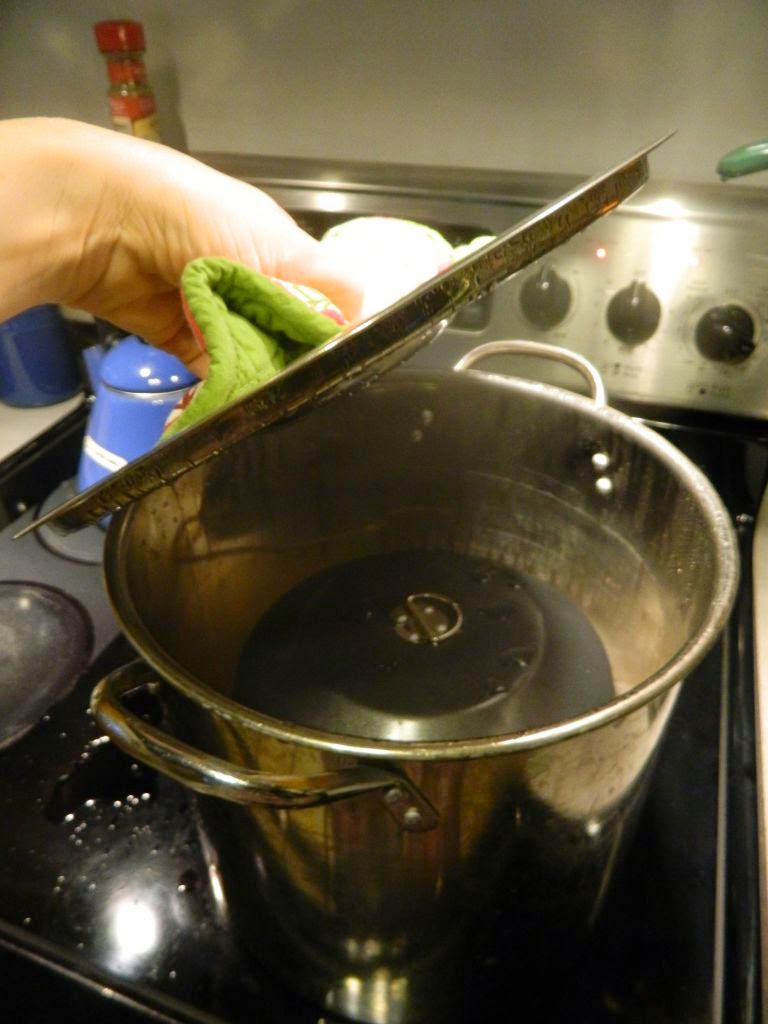 On the 23rd of December I made the plum pudding. 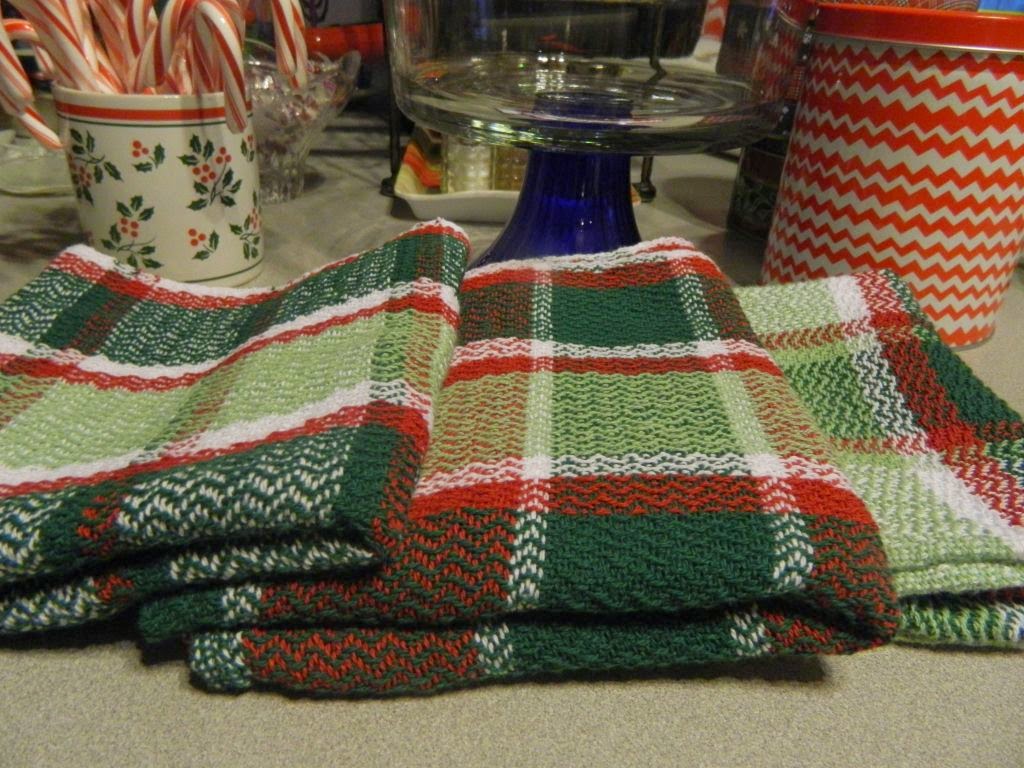 While it was steaming, I cut the loose ends off my THREE Christmas towels that were indeed very much done in time for Christmas Eve dinner.  I had no idea I had enough warp for three but when I got to the end of number two on the evening of the 22nd I realized I still had a way to go. I was not happy but I learned then that you can weave a towel in a day. I wanted those towels done and the loom put away by the 24th and I did it. Yay me. 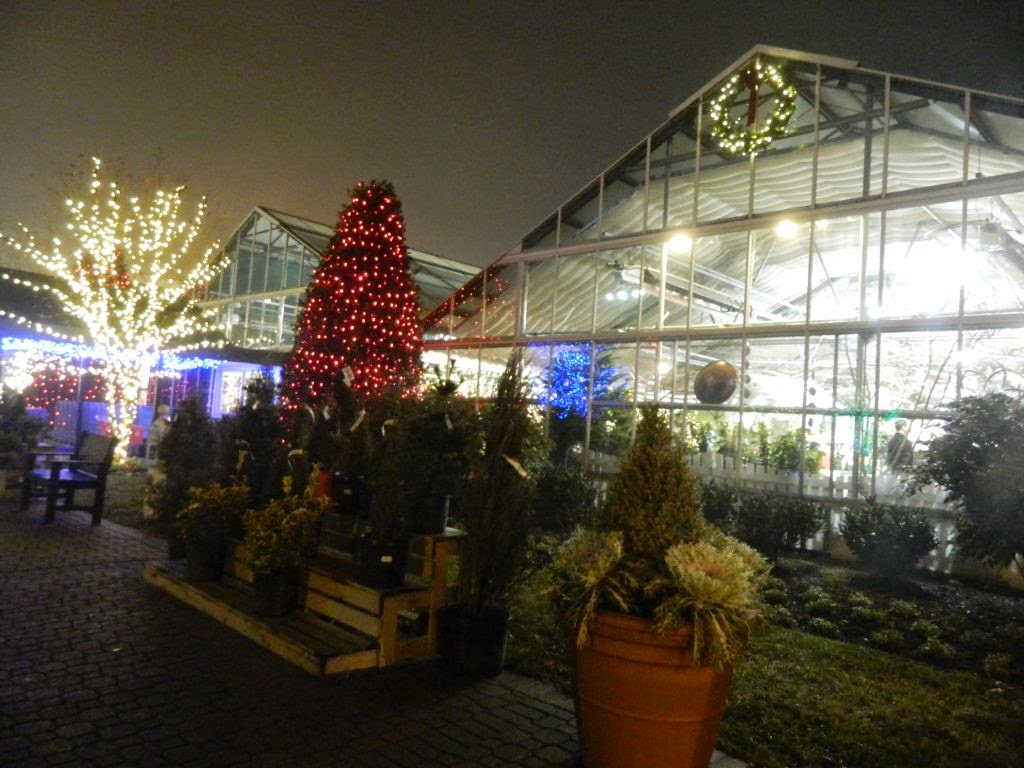 On the 23rd we also took our annual trip to Homestead Gardens with Daughter. 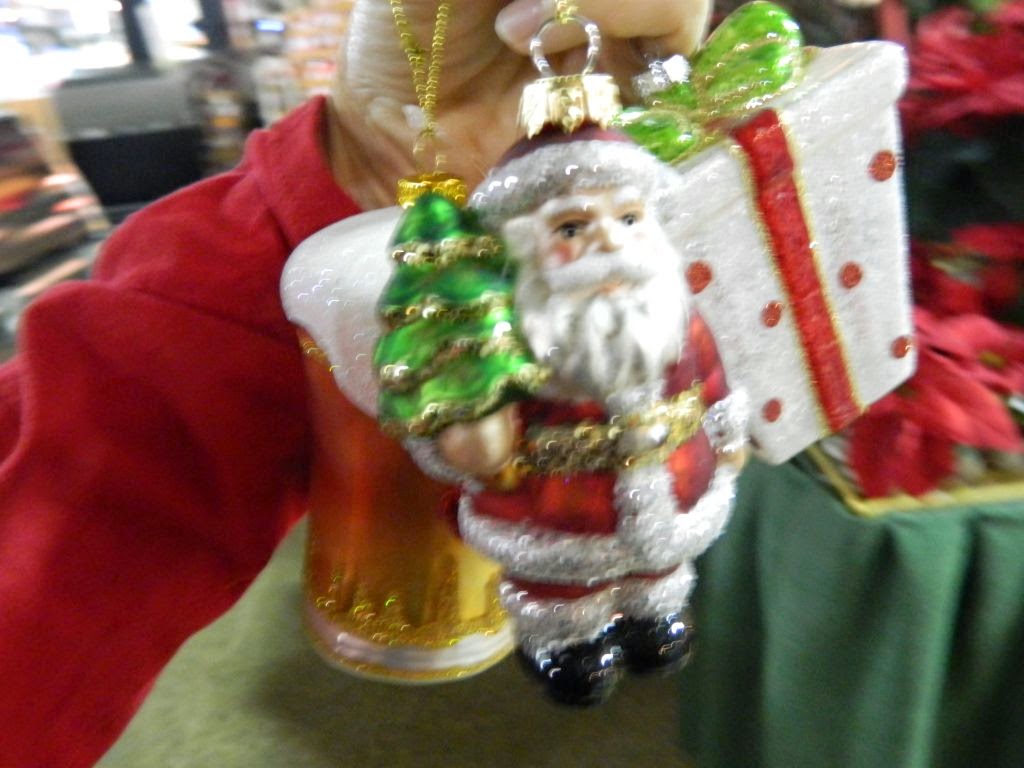 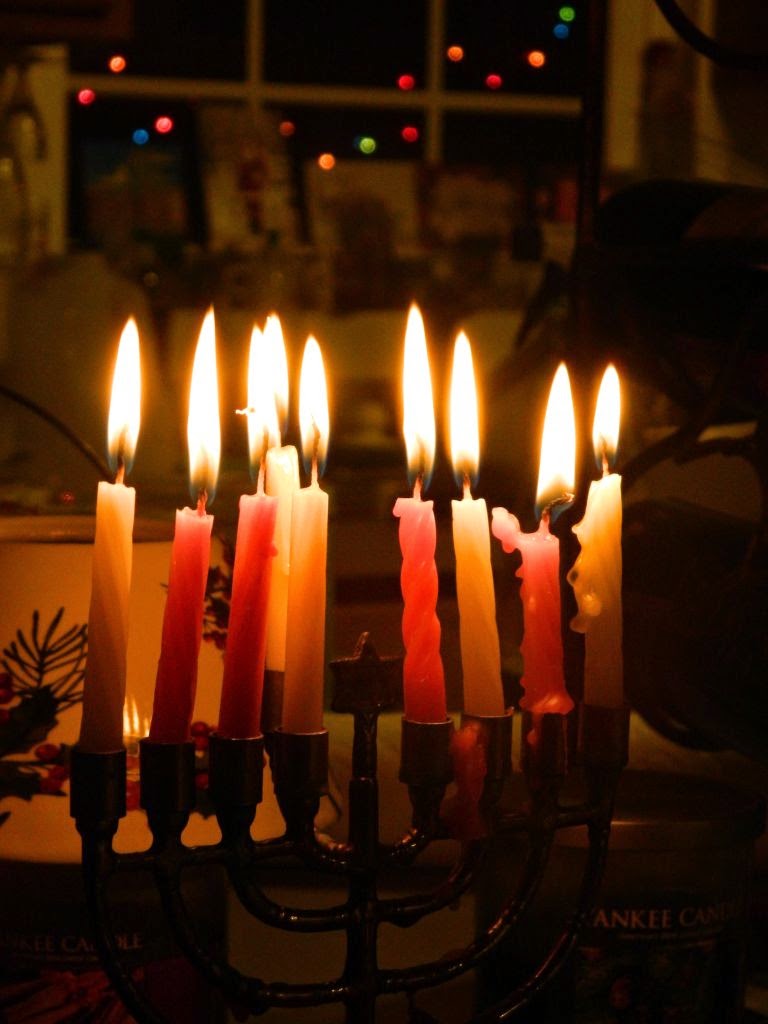 We came home to light the last of the Hanukkah candles... 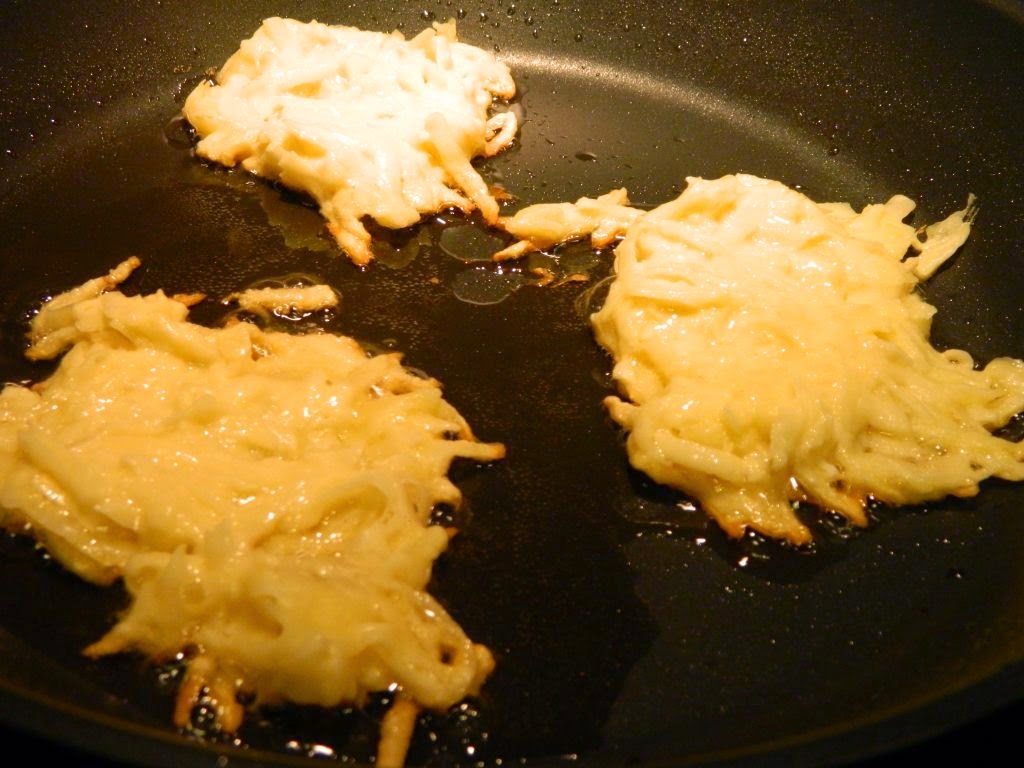 ...and feast on latkes and applesauce while the Christmas Eve lasagna was baking in the oven. Around midnight I was cleaning up the last of the cookie mess and counting the minutes until this holiday was history. I love the holidays but man was I tired.
Posted by Araignee at 12:00 AM