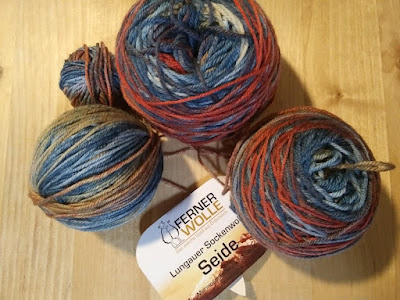 So....let's start with a fail. I was so excited to find this European gradient/striping sock yarn online but it turned out to be a real bust. I am a matchy matchy person and there is no matchy matchy with this yarn. After dividing it into two and trying to find a matching starting point I realized there is none. There are only three red segments and three does not work with two socks. So.....I decided to turn it into a Musselburgh hat only to spend an entire morning trying to figure out that cast on. After many, many tries I finally got something somewhat acceptable only to have to fight with those increases. I spent another few hours finding a better way to increase than the usual fiddly M1L and M1R and found the lifted increase which I think I can live with. It was a frustrating morning but it did up my knitting game a few notches. Maybe. 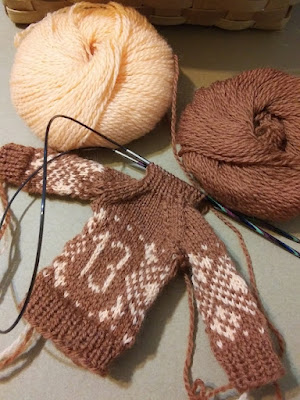 At least Number 13 is behaving. It's almost done. 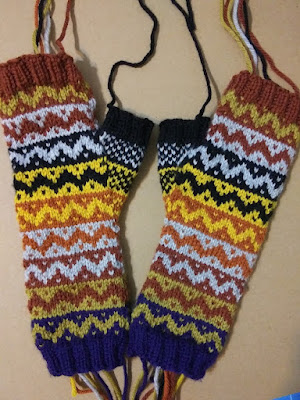 Speaking of done....the Fright Club mitts are done. Now I need to put on a good movie or two and weave in all those crazy ends. 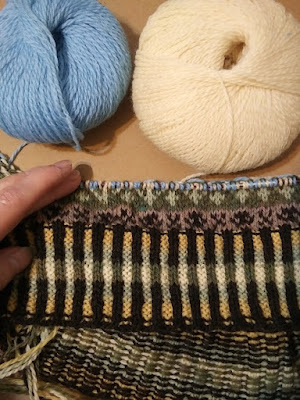 BonAmie looks like this now. I was up until 3 am on Monday night obsessed with figuring out the color changes. I am working with my leftover stash and have lots to choose from but I am TERRIBLE at figuring out colors so it hasn't been as much fun as I thought it would be. 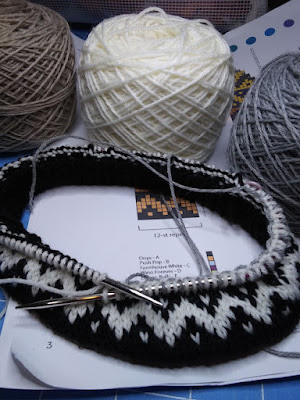 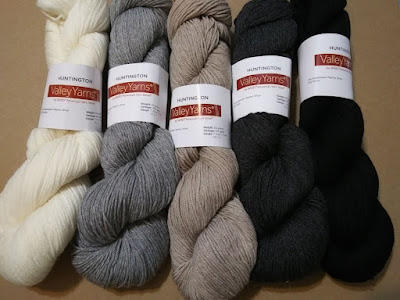 I'm using these neutral colors from my sock stash this time around because..... 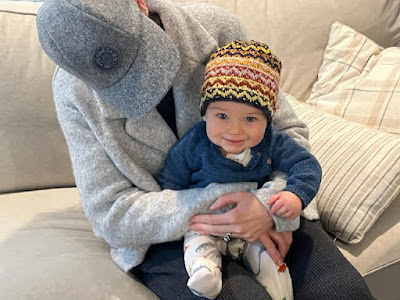 ...Daughter said Grand #4 really liked the one I had made last year and wanted one in those colors. Believe it or not that hat was made for me out of some very $$$ Madeline Tosh yarn but as you see it turned out a little small. I didn't send it to the frog pond because I knew it would fit someone's head someday.