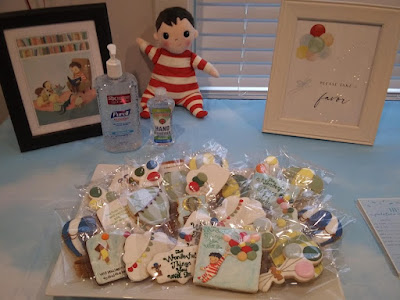 You know how I felt about Daughter's friend throwing her a baby shower during a pandemic. I was very, very much against it but my worries were vetoed so I had to just bite my tongue and go along for the ride and hope for the best. I have to say that her friend who is also expecting did a wonderful job of making it as comfortable and risk free as possible. We had hand cleaner with the favors which were beautiful balloon themed cookies that were made by DIL. 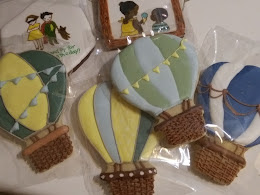 The cookies were little works of art and I wished I had taken a better picture before they were almost all snatched up. The day was such a blur that I had a hard time remembering to get any photos at all. 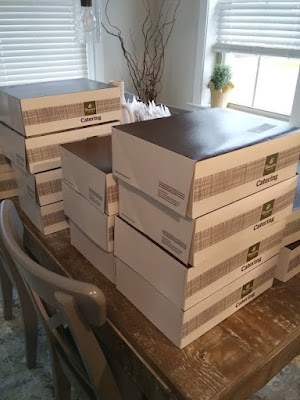 I was in charge of the food and we had Panera make boxed lunches so no one was touching anything. You could take your lunch and find a spot that you were comfortable in to take off your mask and eat. Daughter's house is pretty big so everyone migrated to a bubble with their acquaintances and stayed there which was nice. 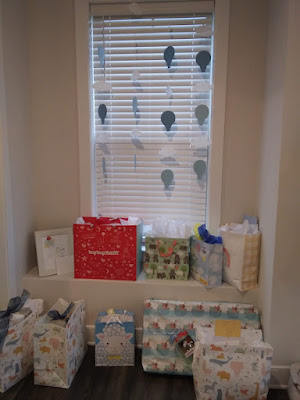 Some people just drove up and dropped their gift off on the porch. That was nice too. 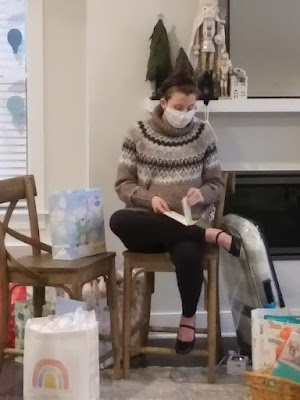 Daughter was in one area of a big room. Everyone was masked. We only ended up with about 12 of the 40 people invited showing up since so many people have been recently exposed or sick or just taking extra precautions now that the numbers are once again terrible. Her coaching friends have been particularly affected as it is competition season and so many skaters are testing positive after going to rinks out of state. 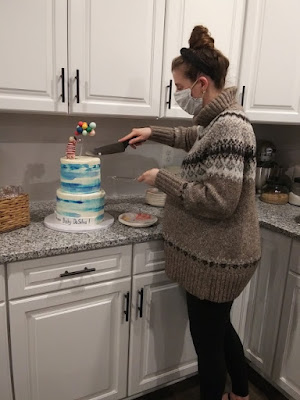 Daughter was really looking forward to her cake. She's strictly gluten free and she had to order this cake months ago because the waiting list is so long. She has plenty in the freezer now since there was so much left over. 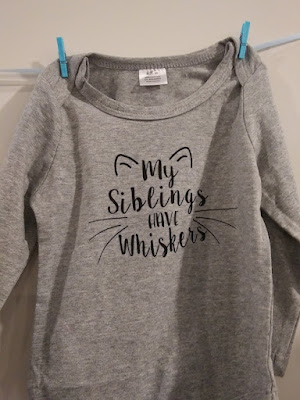 Her friend had decorated with lots of balloons and onesies. This one was particularly appropriate since Daughter has 4 cats. 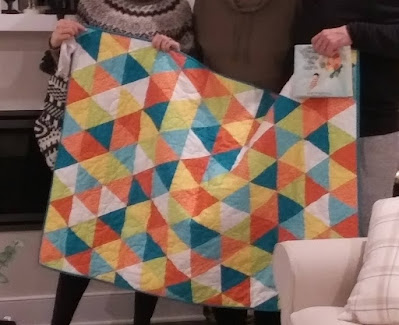 Daughter's MIL is an amazing quilter and I was looking forward to what she had made and this did not disappoint. She had been very sick with Covid not that long ago so I was amazed she had gotten it finished in time. 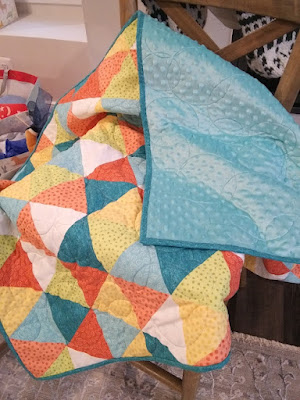 The back is a soft, textured fleece material that has a silky feel to it. I can see a baby loving this. 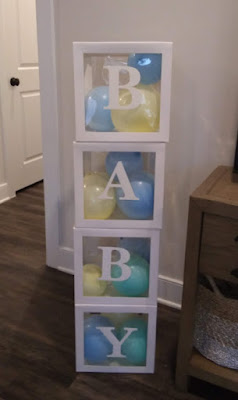 Oh, baby....it was a day I had been dreading for months but I feel good about the fact that everyone who attended was taking the situation seriously and understood the risks involved to mother and baby. I won't be, however, breathing a sigh of relief for a few days. Daughter just got over an up close exposure scare and so now we wait, worry and monitor...........again.