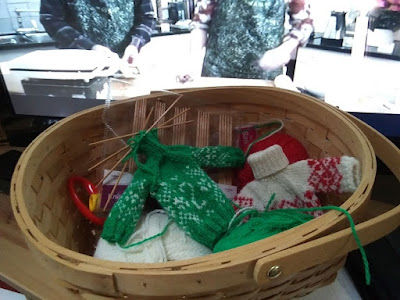 Yesterday we took a complete day off. No organizing, no cleaning, no nothing. I just sat on the couch and caught up with the Advent Cookie Adventures of Arne and Carlos while working on my little sweaters. 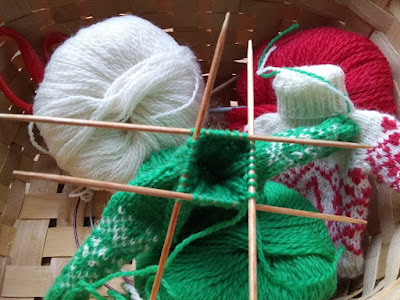 I learned a lot on the second one because I actually followed the directions. The first one I knit using three needles because that's what I am used to even though the directions call for four. It works so much better with four. The pattern is all worked out so you don't have to count or even pay too much attention if you just use four needles. 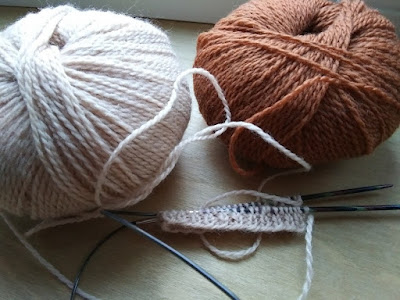 On sweater Number Three I am using the Magic Loop. The pattern calls for it and of course I didn't use it on the first two. It's already making more sense this way and I'm only at the ribbing. Speaking of ribbing, on the first one I goofed it up by not following the directions but this one I goofed up on purpose. I am going to do all the odd ones with 1 by 1 ribbing and the even ones with 2 by 2. That way it might look like I did it on purpose.