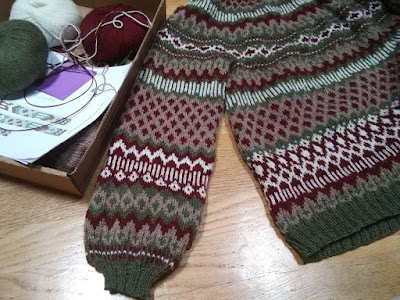 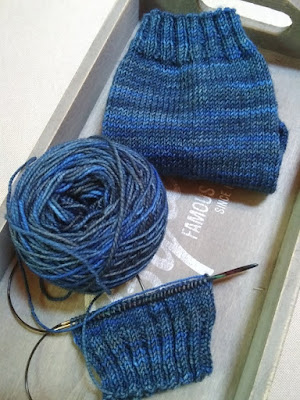 I've got one blue man sock done and its mate on the needles. 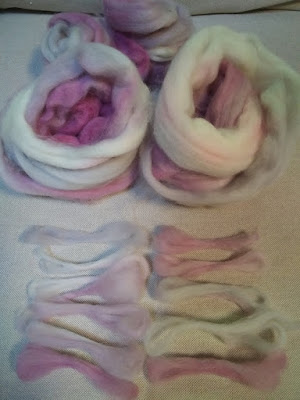 When I am tired of spinning along with the Tour in the morning I make thrums. 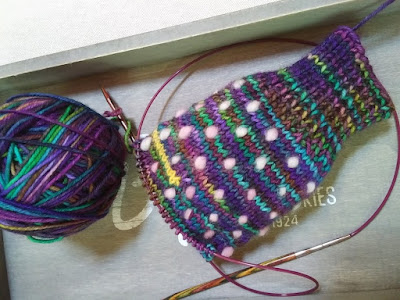 I've just passed the thumb on the second thrummed mitt. 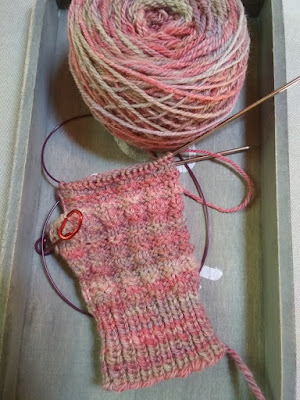 The handspun Thermal Mitt had its thumb put on a holder and is getting close to the finish. 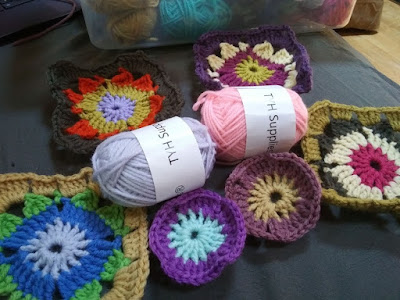 And since it is hot as blazes again my big plans today are to curl up on the couch and work on more Audun squares while watching the Euro Cup this afternoon. My investment in another box of mini skeins has already paid off. I've already got several pretty squares out of them.  I have no idea how many squares I need but I guess I will stop when I run out of yarn again and figure it out then.