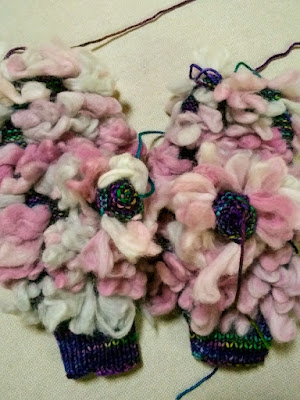 The thrum mitts are done. It's always fun to weave in the loose ends. Just look at that insanity.

You would never know so much was going on inside but there sure is.  Now they get tucked away until winter. Ah....winter. This actually hasn't been too terrible a summer except for the bugs. If I walk into one more spider web I swear..... 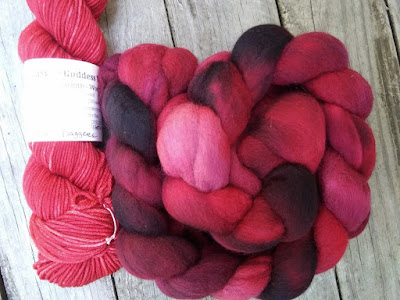 Up next in the thrum basket will be these red ones. They are what I originally wanted but I was too impatient to wait for the fiber to show up so I ordered the purple kit which I ended up loving. It will be a while until I get to these. At least until it cools off. I am all thrummed out at the moment. 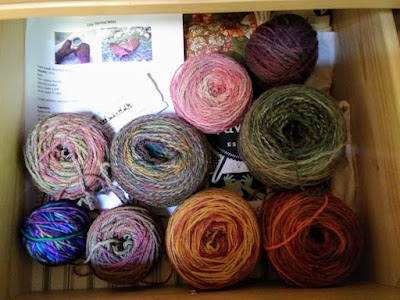 What I hope to be casting on next is a pattern that Cindy sent me. I've been winding yarn and digging out scraps for it all weekend. 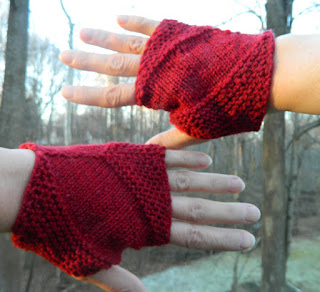 It's for the Tough and Toasty mitts she's been knitting lately. She sent me a pair of them last year and I love them for stashing in pockets or in my project bag on chilly days. 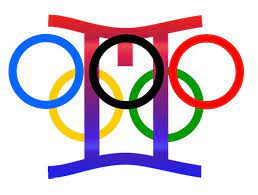 This may take awhile because I've been staying up all night watching the Olympics for several nights and right now I don't think I can count to 10 without making a mistake. I need a nap. A serious nap. 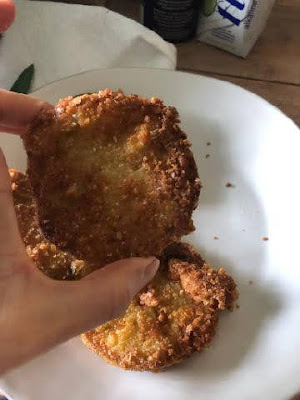 And......I got some comments on my fried green tomatoes yesterday but I ate mine before I could show them off. These are Daughter's. She texted me a photo of the ones she made in her new air fryer last week which made me get one of my own. Mine looked just like this and they were GOOD. Double coated with flour and Panko.  I was skeptical but it worked. They were nice and crunchy on the outside and cooked to perfection inside. Next year I am going to have to put some of these big boys in a bucket on the deck and see if I can start growing my own.
Posted by Araignee at 12:00 AM