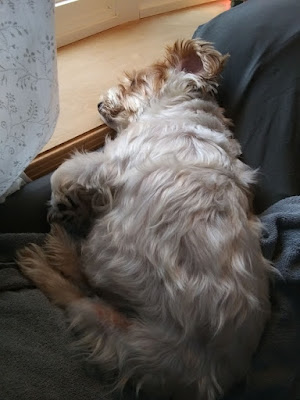 Pup pretty much summed up the mood yesterday. 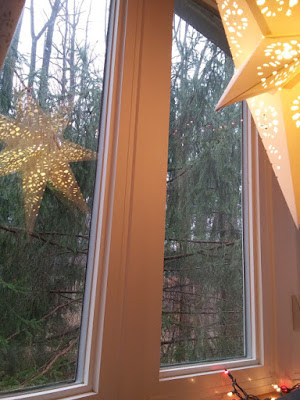 We spent the day by they window hoping to catch a glimpse of some snow. We didn't. It was just rain here. I hate when the weather people get us all excited about snow and then it doesn't happen. I was in a bad mood all day especially when all the family members just north of us kept sending me photos of their snow. 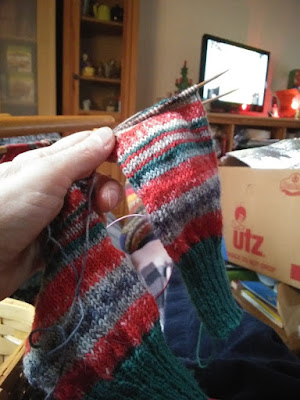 Then for some reason TCM featured movies about snow all day so I shoved some boxes aside and had a seat on the couch and knit. 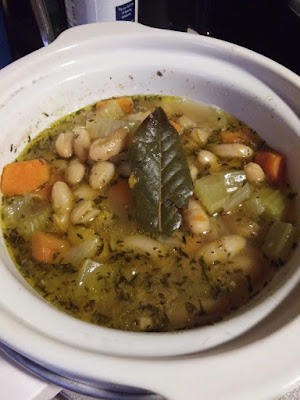 It was so miserable out we didn't even get my birthday takeout. I made a small crockpot of bean soup instead.  It might not have been a winter wonderland outside but the house smelled warm and cozy all day. 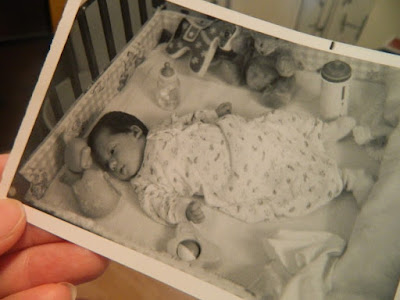 I should also mention that in the crowd of family December birthdays today is Number One Son's. 43 years ago I went to the hospital instead of going to the birthday party my parents were throwing for me and he was born soon after midnight. Best birthday present ever-even better than some snow.