TNT: Good News for a Change 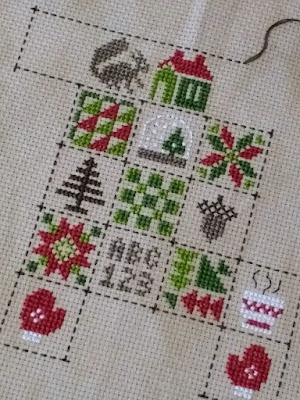 I thought I was going to have to pack up this project after Christmas but I don't have to. It's not a Christmas sampler like I had thought. It's a WINTER one. 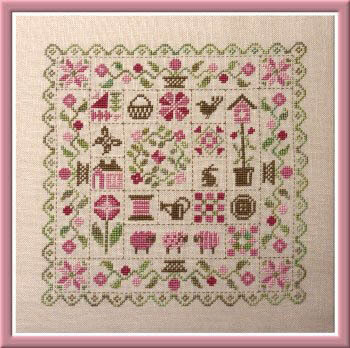 In fact, it's a part of a four project series. Here is the spring one to prove it. Now I want them all. The red and green I've done so far look very Christmas-y but when you work the outside edges there's a lot more reds and browns to balance it out. That makes me happy. 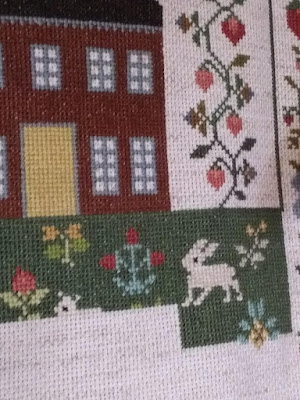 It still has to be a secondary project because this one has got to be done in 2021. It's only been 11 years that I've been working on it and it's so close. 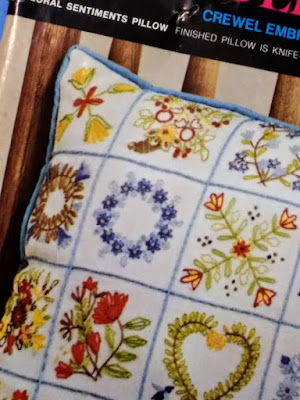 I've also planned on using this crewel kit as a monthly project. One square a month starting in January. I work best with deadlines so I should be able to get one of those little squares done every 30 days. I hope. My attention span hasn't been what it used to be thanks to the pandemic. 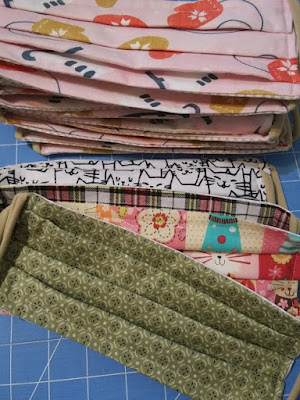 And the BEST news? THE MASKS FINALLY ARRIVED!!! Not without drama. The post office said they left them outside Daughter's door on the 26th but they weren't there. After chasing down her mail carrier yesterday, Daughter found them in a parcel box at the end of her street. Thank goodness Daughter has an outside camera that showed they were never delivered-or worse, stolen. The mail carrier was supposed to leave her the key letting her know they were in the parcel box but she forgot. After a heart stopping morning of tracking them down they are now safely in Daughter's possession-and it only took two and a half weeks. Whew................and it will be a cold day in hell before I put anything of value in the mail in the near future.