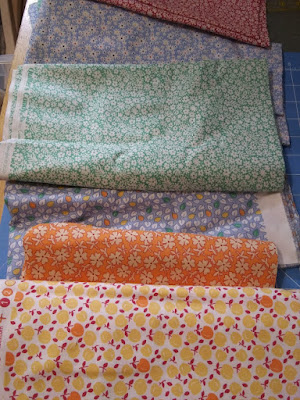 Since knitting hasn't been working out for me lately I decided to try my hand at some quilting. I needed to put the binding on the Dresden. I had a lot of choices. My 30's reproduction box is overflowing. 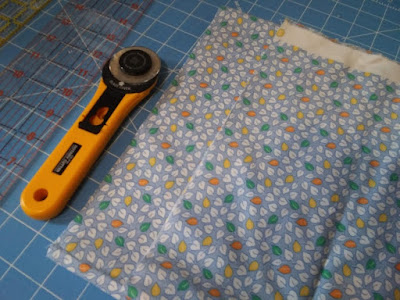 I decided on the blue since I thought the Dresdens were where all the attention should be. 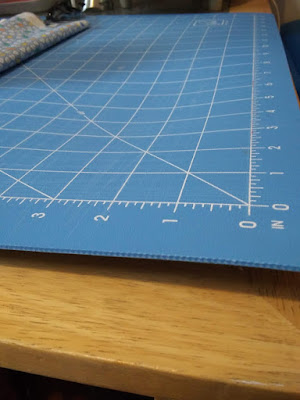 Everything was going pretty well until for some reason I thought it would be a good idea to rest my iron on my cutting mat. Now it's got a wobble. I ruined the table to my sewing machine doing the same thing a while back. You'd have thought I would have learned my lesson. Apparently not. 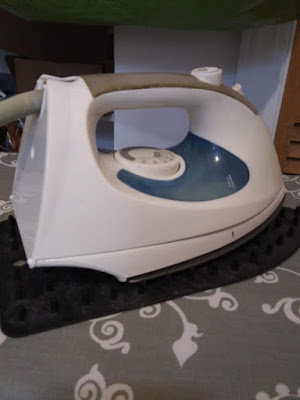 This is Dad's old iron. I  dropped and broke mine so I am using his. It sits on a silicon mat thingy and I always think that it's heat proof. It's not. Not at all. 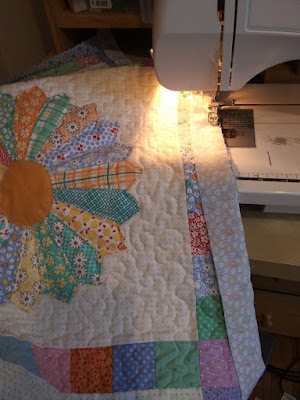 In spite of my wonky mat I got the binding all cut and sewn on but that was it. Wrestling that big thing in that cramped space was making me stabby. I needed a nap and a lot less aggravation. There's always tomorrow.
Posted by Araignee at 12:00 AM