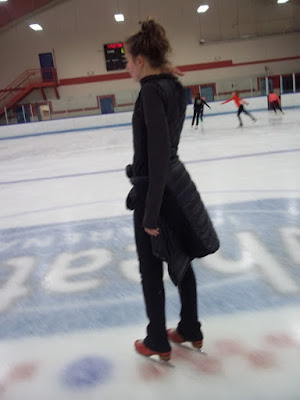 Ya'll know that Daughter is an ice skating coach here in the DC area. 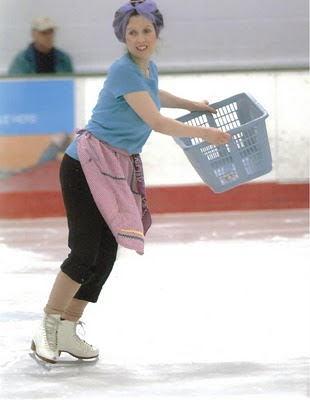 She's the reason you've seen pictures of me like this....... 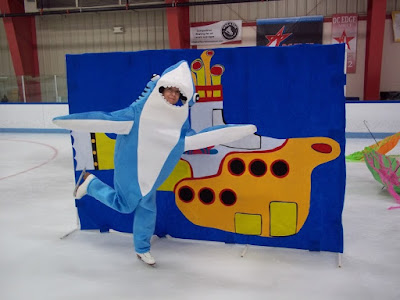 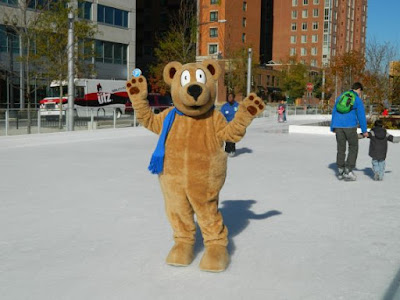 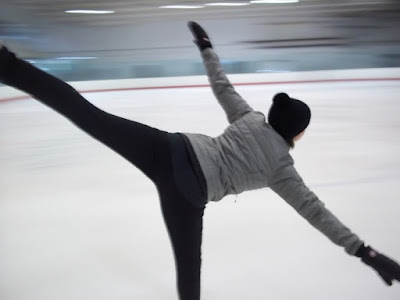 Before I was a silly skating character I was just a skating mom. Daughter was a competitive skater when she was a wee thing but as a pre-teen she had one too many serious falls resulting in several shattered vertebrae and a fractured hip. No more skating for her. That's when she decided coaching would be her thing instead. I was her guinea pig. If she could teach me, she could teach anyone. 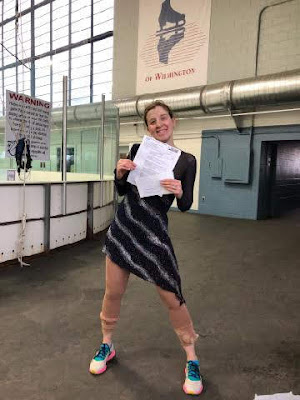 In spite of now already being a very successful coach she decided to push her middle aged self to the limit and take the grueling USFSA testing series she never got to complete as a kid because of her injuries. Yesterday she passed the very last and very hardest of the senior gold level tests-the same impossible tests the kids take NOT the ones they have that are designed for adult skaters which are much easier. 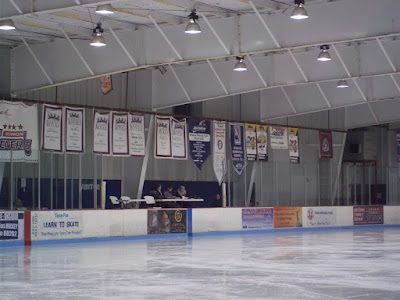 I am beyond happy for her-and me. I hated sitting through those tests when she was a kid. I hated them even worse watching her go through them as an adult. Facing that grim panel of judges in a silent rink is brutal. I was usually more nervous than she was. 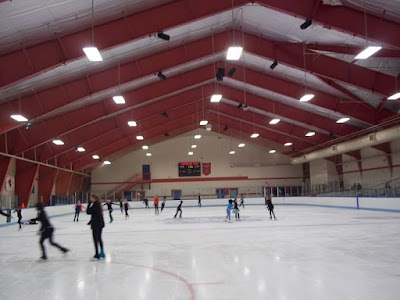 Sadly, all the joy from that long awaited success was dimmed a bit when she went back to work after her test that morning. The rink will be closed for the rest of the month because of.....well, you know. No work. No pay. Good grief, it's always something.
Posted by Araignee at 12:00 AM